There were some very unlikely names at the top of the round nine scores while some reshuffled forward packs could have huge ramifications for captaincy choices moving forward.

You'd expect anyone who scores five tries to put up a handy score and Roosters winger Matt Ikuvalu was unsurprisingly the best of the week with 98. Four tries is almost as good as five, with debutant Panthers winger Charlie Staines (87) putting up the third best score of the weekend.

In between them, Cowboys hooker Reece Robson cashed in despite a poor team performance with two tries and 51 tackles in his 95.

Pat Carrigan (86) appears to have taken over from Payne Haas as the big-minute middle at Brisbane. His first 80-minute game corresponded with his highest score, with around 70 in base stats to go with five busts.

Eels again featured prominently with Reed Mahoney (86), Nathan Brown (83) and Ryan Matterson (78) among the best on ground in a tense win over Newcastle.

Roger Tuivasa-Sheck (82) got his first taste of attacking stats for the season in a loss to the Titans, Andrew McCullough (82) has hit a season-high two weeks running, Ben Hunt (77) looks a serious prospect at HLF if he's going to keep playing 80-minute games at hooker, James Tedesco (76) enjoyed the romp over the Cowboys as did Stephen Crichton (74) against the Sharks.

Jamal Fogarty (65) is turning into a seriously effective cash cow, Tesi Niu (52) is now making money, while Jai Field (42) and Beau Fermor (31) each did enough for a handy price bump.

It's rare you see a score of almost 60 end up in this section but the top two captaincy candidates in Fantasy, Cam McInnes (58) and Payne Haas (57) each got a fair spell in their games; for 80-minute regular McInnes it was his first of the year as his team lapped the Sea Eagles so hopefully not the start of a trend but Haas hasn't played over 66 minutes in a month.

Elsewhere, Val Holmes (4) was injured again and is losing plenty of cash for the 8.8% of teams that still have him. Despite his injury woes, teammate Hamiso Tabuai-Fidow (9) is turning out to be a dud cash cow while Scott Drinkwater (17) should have been sold by now.

Bradman Best (6) had 12 demerits and no attacking impact, Tyrell Fuimaono's (10) minute suffered with Tariq Sims returning, while Toby Rudolf and Jamayne Taunoa-Brown (both 23) should be sold as soon as possible.

Jake Friend (27) was on track for a boomer before an HIA ended his night early, Hudson Young (30) was kept quiet by Melbourne and Latrell Mitchell (30) is still struggling to assert himself on games.

Round 9 team of the week 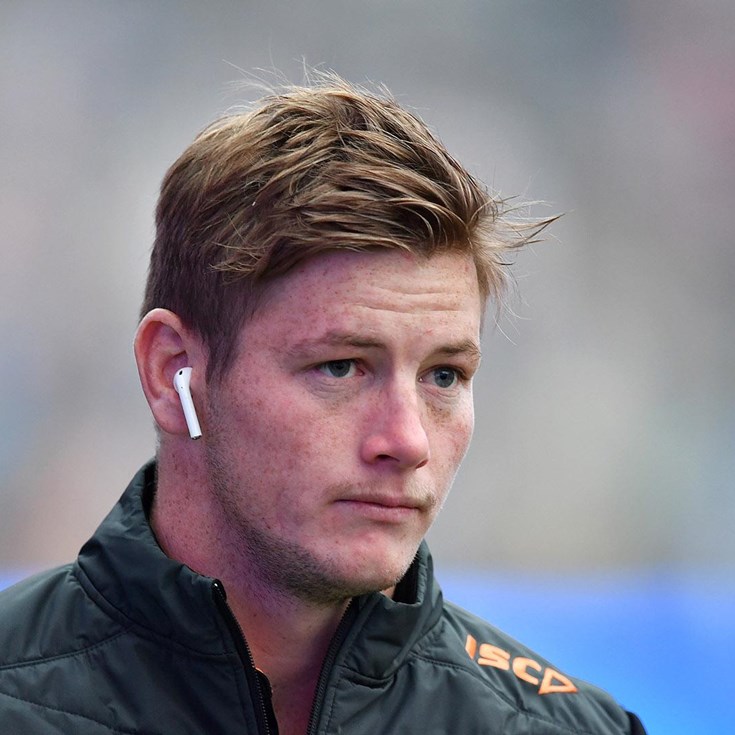 Should Fantasy coaches hang on to Harry Grant?

Presented By Harvey Norman 12 mins ago

Presented By Harvey Norman 6 hours ago
04:08

Is Fifita worth the money?

Presented By Harvey Norman 2 days ago

Presented By Harvey Norman 3 days ago