North Queensland interim coach Josh Hannay has vowed to fight off a challenge from Todd Payten for the vacant Cowboys job as the Warriors prepare to wait for the right candidate.

Payten, who was promoted to interim Warriors coach after Stephen Kearney’s sacking on June 20, was offered the role on a permanent basis last week but advised North Queensland officials on Monday that he was going to turn it down and wanted the Cowboys job.

It is understood he told Warriors officials of his decision last Friday and informed the players on Monday before detailing the developments in on NRL 360 after contacting Fox Sports producers to ask that a pre-recorded interview be scrapped.

Hannay had not watched Payten's interview when he spoke to media in Townsville on Monday but declared the position was his to lose and said he planned to use the remainder of the season to prove that he was the best man for the job.

"There is going to be a lot of noise and self-promotion over the next few weeks around people wanting this job," Hannay said.

"My intention over the next 10 weeks is to make the decision a really easy one for the club. They are going to have to go through a process but I see myself in a position where I can make the final call a really easy one."

Payten has overseen two wins in his six games in charge of the Warriors, who had indicated after the sacking of Kearney that they were seeking an experienced coach, with owner Mark Robinson enquiring about the services of Craig Bellamy.

Warriors CEO Cameron George said he had not spoken with South Sydney coach Wayne Bennett and NRL.com has been told that other high profile coaches linked to the job, Paul Green and Nathan Brown, have had no contact with the Auckland-based club.

It has been suggested that Payten may only have been viewed as a short-term coach for the Warriors, with Bellamy, Bennett and Wests Tigers mentor Michael Maguire, who coaches New Zealand, off contract at the end of next season.

Fellow premiership-winning coach Shane Flanagan will also be available in 2022 after completing his NRL suspension for breaching the terms of a previous ban.

George said the Warriors want to determine how COVID-19 restrictions will impact on next season before the club can finalise decisions around coaching and player recruitment.

"First and foremost, we want to get the right outcome but secondly I don’t know what the next six months is going to look like," George said.

"I don’t know whether this club is going to be based out of Australia next year or based back in New Zealand. They are all major factors to employing people.

"There are so many balls in the air so we have to take our time and we have to understand what our immediate and mid-term future looks like going into next year."

Despite Payten turning down the job, George ruled out going back to former Manly mentor Geoff Toovey or the Walker brothers, Ben and Shane, after advising them last week that they had missed out.

"We are in no hurry due to the reasons I just set out," George said.

Every try from round 12

"We are very comfortable with where we are at with the opportunities we have got in front us and the options we have got so we will just continue to work through it and at the appropriate time, as things become clearer as to what our immediate and mid-term future look like, we will unravel our plan."

Fox Sports executive editor Luke McIlveen revealed that Payten had spoken in a pre-recorded interview about his interest in the Warriors job and wanting to lead the club in a new direction but later asked to speak live on NRL360.

It was noted that he had changed from a Warriors training top to a basic grey hoodie before revealing that he'd been interviewed and was offered the job last week.

"I told the club that I'm going to turn it down, it just wasn't the right opportunity for my family and myself at this time," he said.

"It was not an easy decision, something I agonised over for a few days but in the end it was the first time I put my family first in a decision. It just wasn't the right time."

The 41-year-old said his wife's father was undergoing treatment for cancer and they were intending to move back to Australia.

"Not many people know this, but my wife's father just started chemotherapy, so that was at the forefront of my mind," he said.

"Obviously, there's the COVID thing. For her to travel back and forth is very difficult, so that was a big part of it.

"There were some other issues I don’t want to make public, but that’s my decision and I’ve made it."

Hannay said he and Payten were mates and there were no hard feelings about them both pursuing the Cowboys job.

"One thing I will say about Toddy is that he is a good guy," Hannay said. "We are mates. He is doing a nice job with [the Warriors]. All the best to him.” 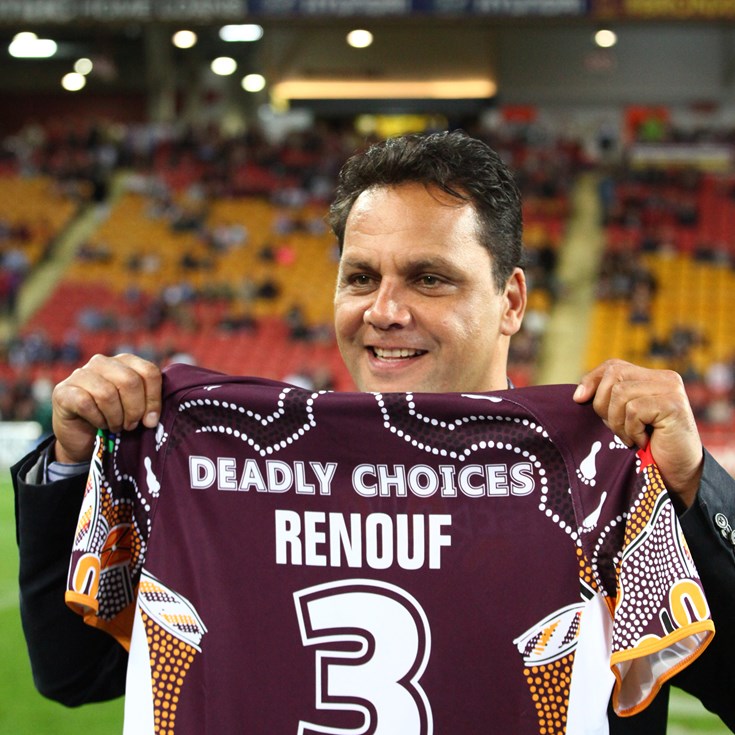