Cronulla must make sure of the two points against an improving Titans team if they are to maintain their tenuous hold on a finals berth.

The Sharks cling to a share of seventh place with the Rabbitohs, just two points ahead of Manly, but face a tougher run home after two months of feasting on lower-ranked teams.

The men from the Shire have won six of their past eight but lost to the only two top eight opponents they faced in that span. After their date with the Gold Coast they are scheduled to play four top-eight teams over the final six rounds.

The Titans, meanwhile, go into a much kinder final stretch with blossoming confidence on the back of a brave performance against the Roosters and a thumping win over the Cowboys.

Sharks: Scott Sorensen starts at lock with Toby Rudolf to come off the bench as usual. Briton Nikora and Bryson Goodwin dropped off the extended bench on game day after Teig Wilton and Braydon Trindall were left off the reserves bench 24 hours out from kick-off.

The Sharks have won their past four games against the Titans.

Titans: Young Tonumaipea and Corey Thompson are a new wing pairing in place of Anthony Don (ribs) and Phillip Sami (knee), while Beau Fermor replaces Tanah Boyd on the interchange. Reserve forward Jai Whitbread was also culled from the squad. The Titans are aiming for back-to-back wins for the first time since round six in 2019.

Will Kennedy v AJ Brimson. Kennedy has been a quiet achiever for Cronulla, often filling in due to injuries, with the 23-year-old using his smooth passing game to assist seven tries in nine games.

Brimson is only two matches into his comeback from a back injury and already the pocket rocket's influence is apparent. The Titans are far more dangerous with Brimson's speed and skill on hand.

The spotlight has been on Shaun Johnson for his 18 try assists – the most in the league – but the Sharks halfback also leads the way for line engagements with 103, highlighting his willingness to dig into the defence and create space outside. Titans playmaker Ash Taylor ranks 16th with 52 line engagements. 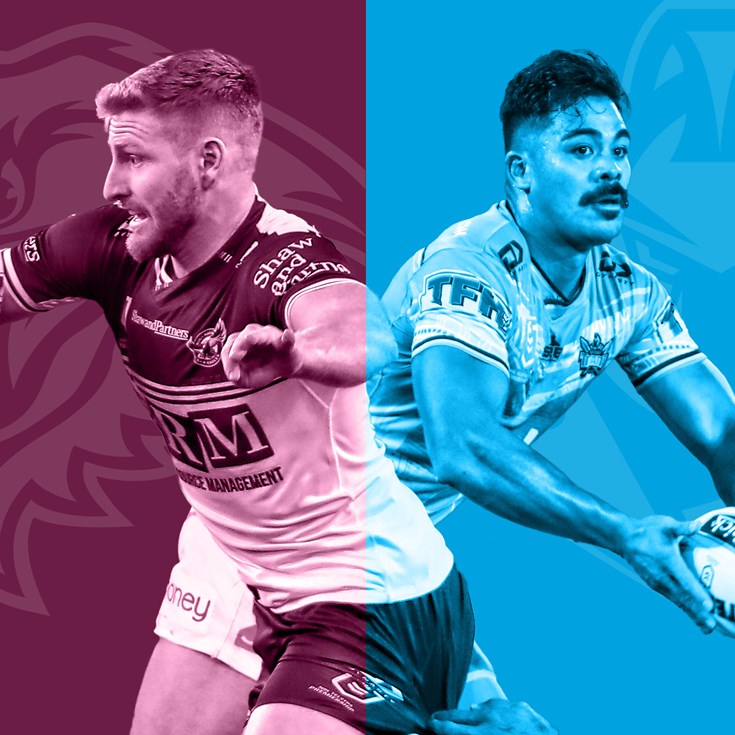