St George Illawarra players believe they can still make the finals and have expressed surprise that the future of coach Paul McGregor was again set to come under scrutiny at next week's board meeting.

Dragons CEO Ryan Webb told NRL.com on Monday that the board had always intended to review McGregor's position once the team was out of finals contention but the players haven't given up hope of a securing a play-off berth.

"We come in and train like we can make the eight and we prepare like we can," fullback Matt Dufty said.

"I don't think we are too far away from getting those victories and it only takes one or two to really turn the season."

The Dragons are six points behind eighth-placed Cronulla with seven rounds of the Telstra Premiership remaining after losing their last three matches.

Dufty gets a late try for the Dragons

Before then, they had won four of their previous six matches since an emergency board meeting was called in the wake of the team's round four loss to Canterbury to discuss McGregor's future.

The board unanimously supported McGregor to remain as coach until the end of next season but his position will again be discussed next Tuesday.

"There was obviously a lot of talk about it then and I felt we had been improving since that game," Dufty said. "Obviously we want to win and that is what we have got to go out and do this weekend."

Star five-eighth Corey Norman returns for the Eels clash on Friday night after being dropped last week, with Ben Hunt shifting to hooker and Cameron McInnes moving to lock in place of the suspended Jackson Ford.

Tyrell Fuimaono replaces the injured Tariq Sims (shoulder) in the second row, with Korbin Sims recalled to the interchange bench.

Rookie halfback Adam Clune threw his support behind McGregor but said he didn't feel any added pressure from the knowledge that the Dragons could be playing for their coach's future.

"In some respects I am playing for my future as well," Clune said. "I have only started playing first grade so my focus is just about getting better each week and doing my best for the team.

"Obviously it's disappointing to have those conversations going on externally but, as a playing group, we fully support Mary.

"This came up earlier in the season and the board decided to keep him on and show faith and nothing's really changed from our perspective. Hopefully Mary stays on board because I've got a really good relationship with him and love playing for him." 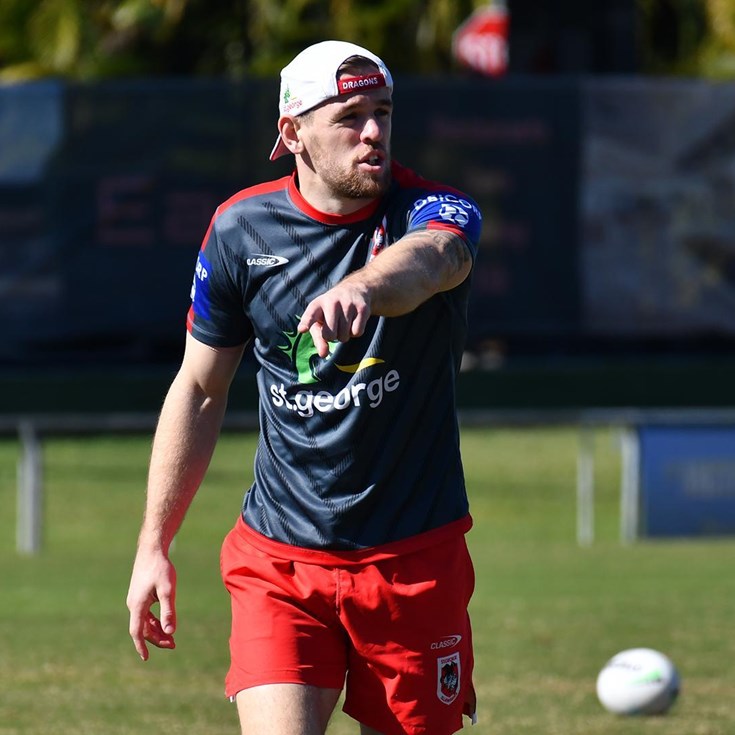