Perennial contenders Melbourne romped to their 15th win of the season with last week's demolition of the Cowboys.

The Panthers deserve all the attention and hype being thrown their way in 2020, and that probably suits the likes of Craig Bellamy and Cameron Smith just fine.

The Storm finish the season with a road game against the fading Dragons and will no doubt embrace the challenge of stealing the Panthers' thunder (and the Roosters for that matter) when push comes to shove in the post-season.

The Tigers bowed out of finals contention with last week's narrow loss to Souths and are playing for pride over the final two weeks of the season.

Storm: Christian Welch (stood down) and Isaac Lumelume were the first cuts from the Melbourne squad 24 hours out from kick-off. Tino Fa'asuamaleaui is Welch's replacement at prop after his COVID-19 breach saw him stood down by the club.

Brandon Smith and Max King join the bench, with Ryley Jacks and Paul Momirovski dropping out of the extended squad on game day.

Fullback Ryan Papenhuyzen is out for another week as he manages an achilles injury. The Storm have won 17 consecutive games in Queensland.

Wests Tigers: Alex Twal is sidelined with illness so Matt Eisenhuth starts at lock and Jacob Liddle joins the bench. Tommy Talau and Michael Chee-Kam dropped off the reserves list an hour before kick-off. Jock Madden was the other player omitted from the 21-man squad on Friday.

Joey Leilua has replaced Talau at centre and Josh Reynolds is set to take over from suspended halfback Luke Brooks. Sam McIntyre has been named in the back row with Luke Garner to the bench. Russell Packer and Zane Musgrove earned bench call-ups with Elijah Taylor and Jacob Liddle dropped.

Wests Tigers have defeated the Storm in two of their past three clashes.

Cameron Smith v Harry Grant. It's the master versus the apprentice, the teacher versus the student. With the incomparable Smith the first-choice hooker at Melbourne until he no longer wants the job, Grant got sick of hanging around as his very capable understudy and joined the Tigers on a loan basis.

He has been one of the Tigers' best this season and will be back with the Storm one day, but until then Grant will be relishing the chance to go head to head with the man some say is the greatest ever.

The Storm only have to reflect on last year's narrow escape against the Tigers to rid themselves of any potential complacency ahead of Saturday night's battle. The Tigers led 12-8 at half-time in that round 10 clash in enemy territory and 22-14 with 11 minutes to play. Melbourne narrowed the gap to 22-20 with Marion Seve's converted try and stole a 24-22 victory when Will Chambers crashed over for the go-ahead try with less than three minutes remaining. 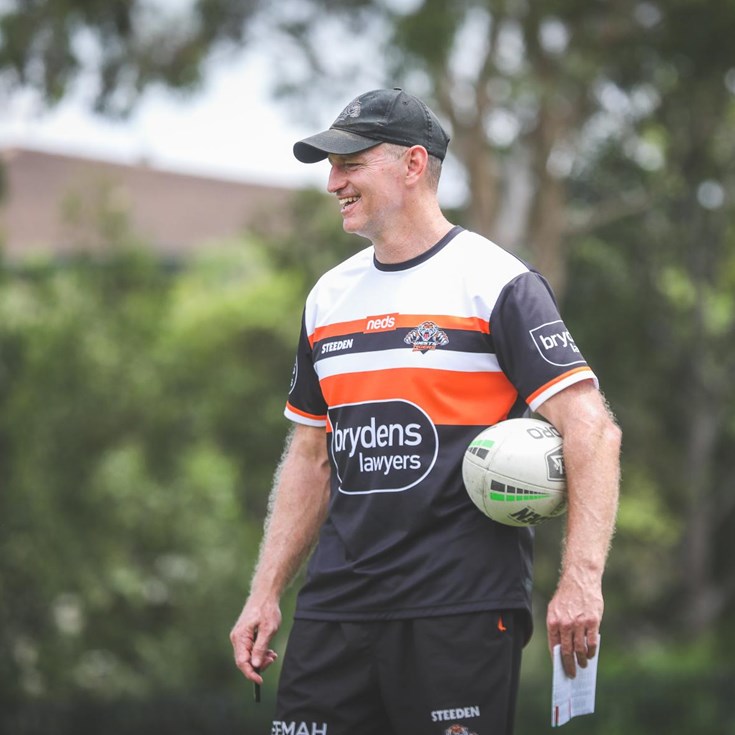