The focus will be on Charlotte Caslick as the rugby sevens superstar debuts for the Roosters against a Dragons side driven by the anguish of falling just short last year.

Caslick, an Olympic Gold medallist without league experience, is expected to start in the halves for new coach Jamie Feeney, who is tasked with improving a talented team after a winless campaign.

St George Illawarra have retained the nucleus of the side that lost to Brisbane in the 2019 grand final including Kezie Apps, Dally M Medallist Jess Sergis and halfback Maddie Studdon.

Inaugural captain Sam Bremner's NRLW return is a huge boost for the Dragons. They won't be lacking in confidence having won the Perth Nines tournament in February.

Rikey Horne and Maddison Weatherall were omitted from the extended bench on game day after Bobbi Law and Melanie Howard were dropped from the reserves 24 hours out from kick-off.

Dragons: Superstar fullback Sam Bremner will return to the fold after a season off with damaging centre Isabelle Kelly, veteran prop Steph Hancock, PNG Orchids lock Elsie Albert among the new signings in the starting side.

Former Jillaroo Mahalia Murphy will return from rugby on the interchange while the wealth of three-quarter talent will see Shakiah Tungai given a chance at five-eighth partnering Maddie Studdon.

Aaliyah Fasavalu-Fa'amausili starts at prop with Ellie Johnston shifting to the bench in the Dragons' only late change.

Grace Hamilton and Amelia Mafi dropped off the extended bench an hour before kick-off after Jade Etherden and Teagan Berry were omitted from the squad on Friday.

Botille Vette-Welsh v Sam Bremner: Vette-Welsh has outlined her desire to become the best fullback in the women's game and Bremner's return to St George Illawarra was one of reasons she headed back to Bondi.

The Kiwi Ferns representative will want to shine against her old teammates. Meanwhile, Bremner showed at the Nines that she'd lost none of her ability despite an extended stint on the sidelines because of the birth of her son. At fullback or in the halves, she will add class.

Dragons centre Jess Sergis enjoyed an incredible 2019 where she proved incredibly hard to stop in the NRLW, averaging 5.25 tackle busts per game. For the Roosters, Corban McGregor broke four tackles per match, as did the returning Botille Vette-Welsh while wearing St George Illawarra's No.1. 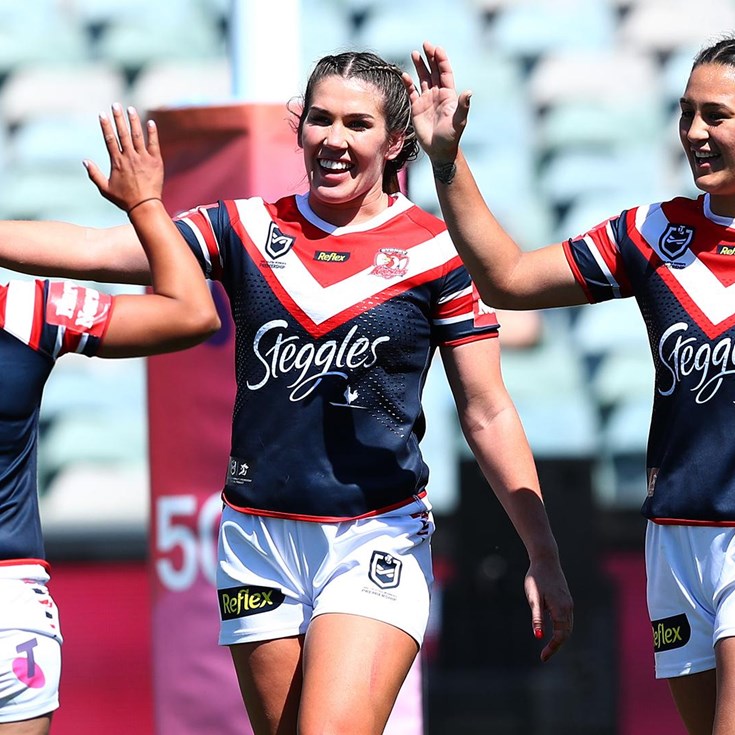 Caslick keeps it alive for McGregor to score