Brisbane's NRLW dominance has been rewarded with a record-equalling 12 players included in Queensland's squad for women's State of Origin on November 13.

The selections of Upton and Aiken will give the Maroons an edge leading into the Sunshine Coast event with the pair in red-hot form throughout the Broncos' NRLW campaign.

Warriors pair Brianna Clark and Shaniah Power have also been rewarded for their efforts this season to be included in the squad.

Dally M medallist Ali Brigginshaw is among the nine incumbents to be retained from the 2019 campaign with goal-kicking whiz Meg Ward and Chelsea Baker the only notable selection omissions.

Dragons veteran Stephanie Hancock is expected to start up front alongside Chelsea Lenarduzzi with Mato rewarded for her form in the Broncos side.

Maroons incumbents Brittany Breayley and Rona Peters, who missed the latest NRLW competition due to family and work commitments, have been included in the squad after taking part in the Holcim Cup in July.

Chante Temara, the younger sister of Zahara, has been elevated to the senior squad after playing for the Maroons under 18s side last season.

The Maroons won't have the services of Roosters star Charlotte Caslick, who NRL.com understands was cleared to play in the match by Rugby Australia, only to be ruled out days later with a back injury.

Another rugby sevens star, Warriors centre Evania Pelite, was also left out of the squad as she turns her attention to the Tokyo Olympics in 2021.

Queensland are vying for their first Origin title in five years after drawing level with NSW in 2015 before surrendering the last four matches between the two states.

The NRL announced Queensland will host the event on the Sunshine Coast for the first time in three years after NSW hosted matches in Sydney and Wollongong.

Under current biosecurity and border restrictions in Queensland, players from both states who played for NRLW clubs based in NSW this year will be required to spend 14 days in quarantine ahead of the game.

NSW are expected to name their extended squad to make the two-and-a-half-week commitment ahead of the game later this week.

Classy fullback Sam Bremner confirmed to Fox League on Sunday she won't be part of the NSW's campaign this season due to the travel requirements in a blow for the defending champions. 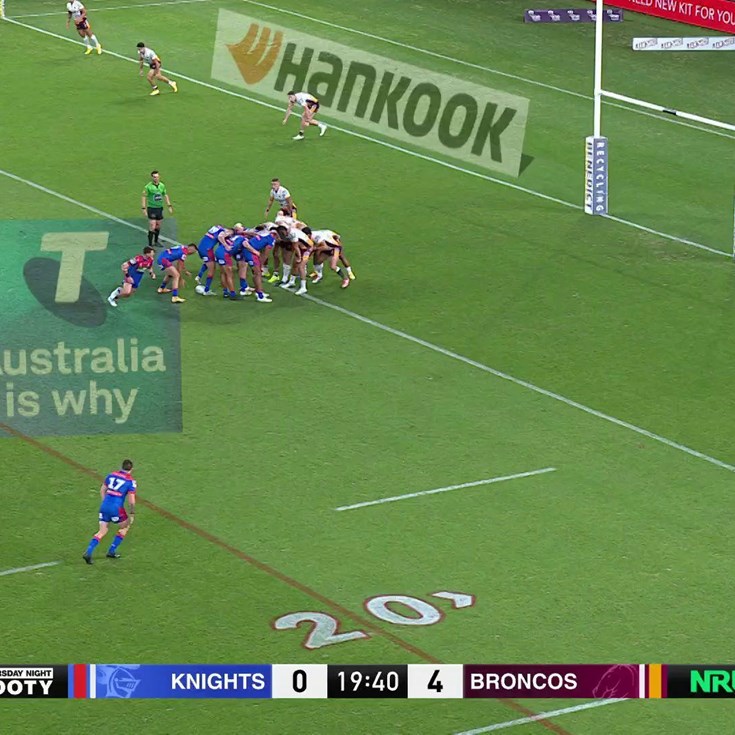 Clifford splits the Broncos off the scrum

Niu gets on the outside of Best to score