Here is all you need to know about the Penrith Panthers' 2021 Telstra Premiership draw.

The Panthers will start their 2021 campaign against the Cowboys at home on  March 13 with last season's minor premiers aiming to make it 10 wins in a row at the venue for the first time in club history. With the Bulldogs, Storm and Sea Eagles to follow, Penrith play just one 2020 finalist in the first month of the season.

Bulldogs (Round 2, Bankwest Stadium, Round 12, Panthers Stadium): Trent Barrett's appointment at Belmore sets up a nice battle between the Canterbury coach and Ivan Cleary. Barrett helped Cleary turn around Penrith's attack on their way to the grand final after a 12-month hiatus from the coaching ranks.

Barrett took with him fiery Panther Jack Hetherington, while new recruit Kyle Flanagan will go head-to-head with Nathan Cleary once more after the pair squared off during the 2020 finals series. Barrett's signing of Matt Burton from 2022 onward adds further spice.

Storm (Round 3, Panthers Stadium; Round 20, AAMI Park): The 2020 NRL Telstra Premiership grand final probably didn't live up to the hype with the game all but over after 40 minutes.

While the Panthers showed plenty of heart to fight back in the second half, they'll be out to prove a point against the Storm in the rematch and look to salvage some revenge after a decider that slipped through their fingers.

Wests Tigers (Round 13, Leichhardt Oval; Round 24, Panthers Stadium):  Ivan Cleary was so pumped after the Panthers beat his old club Wests Tigers on round eight that he blew a kiss to rival fans.

Another 30-6 thrashing of Michael Maguire's men two months later was enough to keep the joint venture quiet on the paddock but off-field the clubs continue to trade players with Robert Jennings and Matt Eisenhuth returning home. Panthers skipper James Tamou will also face his old side after going the other way.

Eels (Round 16, Panthers Stadium; Round 25, Bankwest Stadium): The Battle of the West needs little explanation with both sides fighting it out for more than 50 years. The recent defections of Reagan Campbell-Gillard and Waqa Blake added some spice in 2020 but the Panthers' overall 6-3 recent record gives them bragging rights for now.

Dragons (Round 22, WIN Stadium): Another clash set to be talked up for the coaching battle with Ivan Cleary going head-to-head with the man that replaced him during his first stint, Anthony Griffin.

Only 10 players remain at the Panthers who played under Griffin. Griffin has been credited in the past for helping build Penrith's rich nursery of junior talent, but some also argue Cleary had the building blocks in place prior to his original departure in 2015.

The post-Origin period looms as a crucial period for the Panthers with four away trips including clashes against heavyweights Storm, Roosters, Rabbitohs and Eels.

The Panthers will be without their State of Origin contingent for their round 16 clash against Wests Tigers, while they face Cronulla just 48 hours after Origin I. Add in clashes with the Roosters and Eels following that and it could prove another difficult stretch for the side to overcome during the representative period. 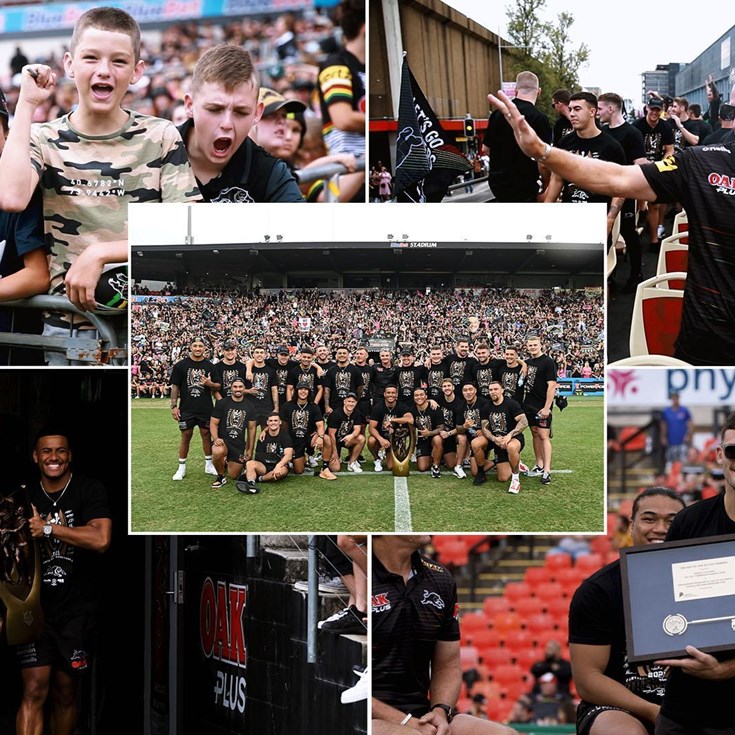