In many ways 2020 was a year like no other so it was fitting that it ended with a State of Origin series like no other as the Supercoach Wayne Bennett returned to lead the Maroons to one of the biggest upsets in the 40-year history of the game's showpiece.

After the emotional return on May 28 the game reached unbelievable heights in a 20-round Telstra Premiership season, plus an NRLW season and State of Origin campaigns, despite the difficulties presented by COVID-19.

Of all the magic moments in 2020 it was the 2-1 series win by the Maroons which came out on top in our fans' poll with 29 per cent of the vote.

In second place was the May 28 resumption of play, a day all rugby league fans remember fondly as it signalled a comeback against the odds and the culmination of all the outstanding work done by the Project Apollo team.

Coen Hess, Jack Clifford and young gun Hamiso Tabuai-Fidow score tries at the Cowboys beat the Dragons 23-14 in the men's final of the NRL Nines.

In the women's final, Isabelle Kelly, Aaliyah Fasavalu-Fa'amausili and Jessica Surgess touch down as the Dragons hammer the Broncos 28-4.

The introduction of the six-again rule and the decision to revert to one referee when the NRL resumed in May was initially met with scepticism but they both proved to be popular innovations.

With the six-again experiment freeing up the ruck, the single on-field ref was able to control that area of the game as well as police the rest of the rules.

Speed, fatigue and effect of rule changes in 2020

Play resumes on May 28

Despite many of the outside saying it would never work, a lot of hard work from a lot of people resulted in the Telstra Premiership resuming on May 28 following a delay caused by COVID-19. With Project Apollo leading the way, the revamped season would not see the cancellation of one match from that day on.

No team made a bigger sacrifice in 2020 than the Warriors. They transported their lives to Australia, often meaning being separated from loved ones for months on end, to allow the Telstra Premiership to operate with 16 teams. To their credit, they remained in the mix for a top-eight spot until late in the season.

One of the innovations brought about by the COVID-19 pandemic was the NRL's decision to add cardboard fans to the ground to create the illusion of spectators being in attendance.

The Fan in the Stands initiative was a smash hit with every NRL supporter and their dog sending in their photo to be close to the action.

Fifita brought one of the more protracted signing sagas in recent times to an end by choosing Brisbane's “little brother” southern rivals from 2021.

Money well spent: What David Fifita will bring to the Titans

The unfortunate demise of the Toronto Wolfpack had a silver lining – Sonny Bill Williams was back in the NRL. The return of the larger than life individual created international attention. The Kiwi international only played five matches, but did enough in them to show he still has what it takes to succeed.

Johnston scored five against the Roosters

In a display fans of the Rabbitohs and Roosters are unlikely to ever forget, Alex Johnston scored five tries in his side 60-8 thrashing of their great rivals in Round 20. Three of those tries came within five minutes late in the match. One of those involved the ball being passed to him by Corey Allan who was already in the in-goal area.

Broncos get the spoon

Brisbane opened the season with back-to-back wins but when the season restarted on May 28, their campaign went off the rails.

They only managed one more victory for the season – over fellow strugglers Canterbury – and coach Anthony Seibold's tenure came to an abrupt end before the year was out as the club collected its first wooden spoon in history.

Nearly all the supposed experts were saying Panthers star Nathan Cleary was a certainty to win the Dally M Medal after his superb season but Canberra five-eighth Jack Wighton had other ideas.

At a virtual ceremony where only a few players were able to attend in person, Wighton came from the clouds to puo Cleary in one of the biggest upsets in Dally M history.

Penrith set a club record winning streak of 17 when they won their way through to the grand final but it will forever haunt Panthers fans that they could not make it 18 in the premiership decider against Melbourne.

It equalled Canterbury's salary cap-tainted 2002 win streak as the highest in the NRL era and was the second all time in premiership history behind Eastern Suburbs' 19-game benchmark set in 1975-76.

Broncos women make it three in a row

The NRLW already has a dynasty – and it's the team in maroon and gold. The Broncos made it three Women's Premiership titles in as many years, with Amber Hall winning the Karyn Murphy Medal as player of the match. The rest of the competition were again left searching for answers.

They had been living in Queensland for months but that didn't stop the Storm from claiming the 2020 premiership. Their 26-20 win over a Penrith side that had won 17 in a row wasn't as close as the final score indicated. With Clive Churchill Medal winner Ryan Papenhuyzen in imperious form, Melbourne led 26-6 with just 13 minutes remaining before a late Penrith rally.

After losing the first two women's Origin matches and the previous two interstate fixtures, Queensland's women's team were desperate. That desperation paid off and Ali Brigginshaw, Tamika Upton and Tarry Aiken combined to lead their side to a 24-18 win on home soil. The hosts led 24-6 with 11 minutes remaining.

Ruled out by many, Queensland scored one of the great Origin upsets by claiming the series 2-1. A shock win in Adelaide and a loss in Sydney set the stage for a decider in Brisbane. Once on home turf, the mastery of Cameron Munster and the masterful coaching of Wayne Bennett conspired to lift a group of men to an upset of epic proportions. 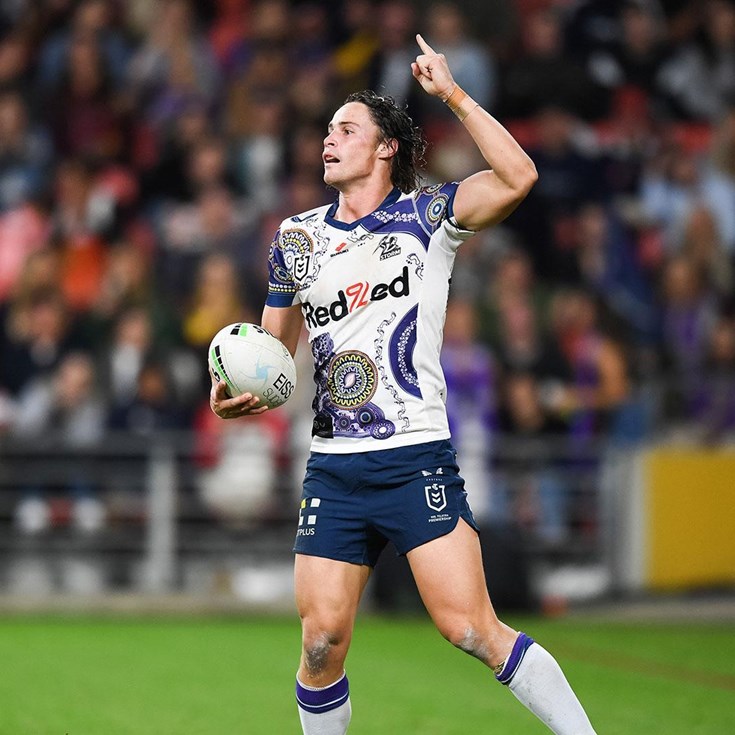 Try of the NRL Finals: Walker's solo effort wins it

Presented By Drinkwise 1 week ago

Tackle of the Finals: Panthers pair come up trumps

Tackle of the NRL Finals - Kikau and Burton get the nod