In her formative years, key Jillaroos and Broncos NRLW forward Millie Boyle would have been deeply inspired by a community visit from an elite women's player.

She never had that experience as a child, but this week the 22-year-old showed many young girls what's possible in rugby league through the annual NRL 'Your Local Club' Road to Regions program.

They promoted health and wellbeing messages, including the importance of resilience and respect, via the League Stars Inspire program and also conducted skills clinics.

A host of other NRL and NRLW ambassadors, such as ex-Shark Luke Lewis, have engaged with regional towns across Queensland, NSW, Victoria and South Australia to uplift the game.

"I remember having these [player visit] days when I was little and growing up in school," said Boyle, who was involved in Road to Regions last year in Mt Isa and Cloncurry.

"You'd always have male players come along and I always thought it was really exciting. Now, to have more females participating and more pathways for females, if you're seeing someone from the NRLW coming in you can really see that avenue that's there.

"I think it just adds a bit more reality to it for females especially. I would've loved to have seen an NRLW player to aspire to be like.

"We've had a real mix of different schools in different areas and different age groups as well. The teachers have all gotten on board and were really excited for us to come."

"It's been long and pretty time-consuming in the sense that we were smashing out schools one after the other, but it's so rewarding," said Taufa, a foundation women's player for the Tricolours.

"We’re really grateful for the opportunity to come out to regional areas to help promote the League Stars Inspire health and wellbeing program. It's a great initiative that the NRL has created.

"What makes it so rewarding for me is just seeing the smiles on the kids' faces … I know I have that role as a role model to use the game in a positive way and help change these kids' lives."

Taufa encouraged other players to volunteer for the NRL 'Your Local Club' Road to Regions in the future and also spoke of how beneficial it is to have a strong NRLW presence for such events.

"[Kids] can see we've got Kirra Dibb from the Warriors, Tiana Penitani from the Dragons, and myself from the Sydney Roosters," she said.

"You can see the young girls looking up to us and wanting to get involved in the game," Taufa added.

"I know through the schools that we've gone out to in the last couple of days, that's the key message - giving them the opportunity to know there's a female [rugby league] pathway."

The 2020 Veronica White Medallist for community work did her best to convert plenty of boys and girls to the sport.

"We were able to connect with all the leaguies - there are quite a few here - so that was nice to reward them with a visit, connect with them and get a feel for what league is like in Adelaide," Hale said.

"And then it was also cool to get around to schools and meet new people who hadn't yet crossed paths with rugby league or crossed paths with our game. It was great to see them at school and the turnaround to then bring to them to our Come and Try days.

"There is still quite a bit of growth to do in this area ... But the response was really good. People were really open."

Meanwhile, Boyle touched on the excitement at the possibility of extra games being added to the 2021 NRLW season, which has previously lasted three rounds and a grand final.

"We'd love for it to go into a double round [playing each team twice] so we can get those games under our belts, playing together a little bit more," said the two-time premiership winner.

"One round each is a little bit unfair because you're kind of just dusting off cobwebs, playing with a new team. It'll benefit us immensely. If we have the World Cup [at season's end], no matter where it is, it's all managed out pretty well with everyone's load."

Hale added: "With double rounds, it would be really exciting. I think it would actually stir the competition up a little bit more, just with the opportunity to come face-to-face again in one season.

"Fingers crossed that things go ahead [with the World Cup]. It may look different to how it was first laid out, but we are working towards and looking forward to a World Cup.

"We'll let things take control ... But for us as players and as a New Zealand squad, the Kiwi Ferns, we are focused on that World Cup. Preparations have already started, we're already communicating and speaking that language heading into the World Cup.

"It's going to be a really exciting year and I think the expansion of the NRLW [would] come at a perfect time to be getting that high-level, quality footy leading into such an important and big event."

To learn more about the Road To Regions program visit: https://www.nrl.com/community/programs/road-to-regions/

To learn more about the League Stars Inspire program and the free online session that is available visit: https://www.nrl.com/community/programs/league--stars-inspire/ 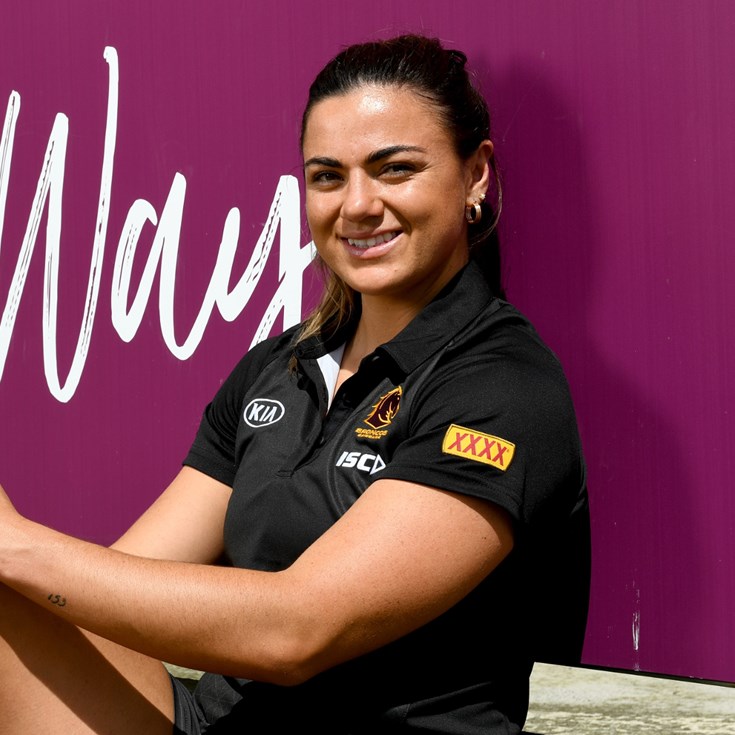