The 517-day wait for prodigious playmaker Sam Walker to wear red, white and blue is set to end as he and fellow young gun Joseph Suaalii prepare to make their Roosters debuts.

The long-awaited first club outings for two of the most talented teenagers in some time has been confirmed with Walker named on an extended bench for Saturday's trial hit-out against the Raiders in Queanbeyan, his first game for the Roosters since inking his move from Brisbane in June 2019.

Lachlan Lam takes charge in the halves for the NRL side alongside Drew Hutchison this weekend, with Lam expected to get the nod alongside Keary against Manly in their March 13 season opener.

Suaalii meanwhile will turn out for feeder club North Sydney in his first Tricolours outing since arriving from the Rabbitohs, albeit in the famous old red and black Bears strip.

Under NRL rules, the 17-year-old requires an exemption to play before his 18th birthday in a trial.

However the NSWRL's threshold is a year younger for to play in the second-tier competition, which means Suaalii can line up at centre for the Bears against Canberra's NSW Cup side.

The NRL is still awaiting further information from the Roosters around welfare and education plans for Suaalii before ruling on the application for him to play first grade at the age of 17.

NRL.com will also be live-streaming the Raiders v Bears match on Saturday with kick-off at 2pm in Queanbeyan. Kayo and club websites will also broadcast the match.

Saturday's clash shapes as Suaalii's first in almost a year after sitting out last year's GPS rugby season while he sorted out his playing future, with what is understood to be a six-figure transfer fee securing his shift from Souths across Anzac Parade.

While Suaalii's cross-code tug-of-war generated plenty of headlines last year, it has now been almost 17 months since Walker last played a game of rugby league.

The 18-year-old son of former Broncos halfback Ben Walker has been on a World Club Challenge tour and trained with the Roosters top squad for some time but due to the COVID-19 pandemic, he did not lace a boot last season.

His last game of competitive footy, an impressive Australian Schoolboys showing with three try assists, came in September 2019 before he had even joined the Roosters, with a shoulder reconstruction and then the cancellation of Canterbury Cup fixtures kept him sidelined last season.

Walker has been touted as a long-term No.7 at Bondi Junction since his arrival, Kyle Flanagan's surprise axing and move to Canterbury last year only fuelling those predictions.

Walker is off contract and is understood to be in the Roosters' retention plans, though both parties are keeping those talks on the backburner until he can actually get some game time.

Meanwhile, the Tricolours have shifted their round-12 blockbuster against the Raiders from Perth to the Central Coast "due to the current COVID-19 landscape and shifting nature of border closures."

The club will also move its round five clash with Cronulla from Gosford to the SCG. 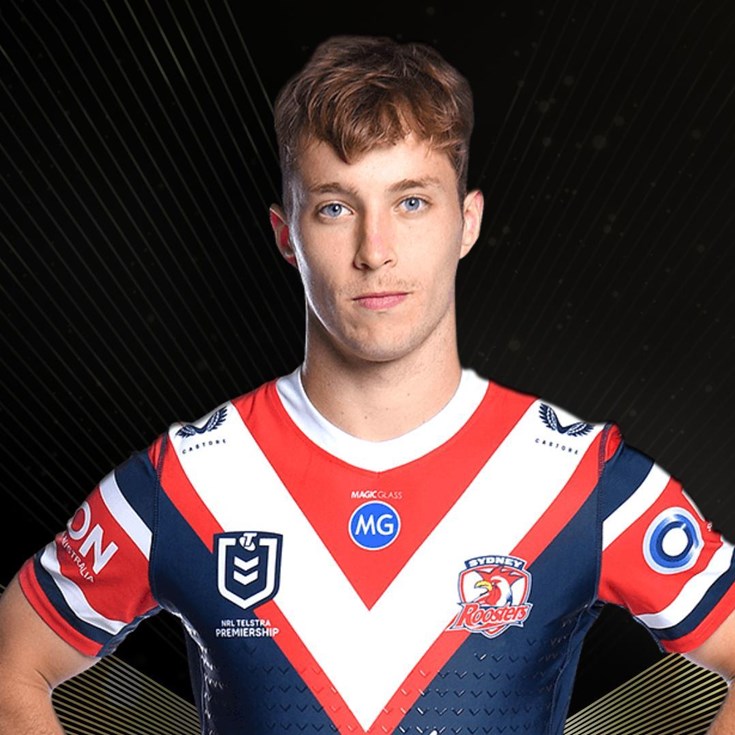 Walker's on the verge: Robbo 'tempted' to pull trigger on young gun