Former Knights captain Mitchell Pearce insists he's comfortable with signing the first one-year contract of his NRL career after confirming an extension with the club on Tuesday.

Pearce put months of speculation surrounding his future behind him by announcing his stay in the Hunter ahead of Friday night's season opener with Canterbury.

Pearce had been linked to rival clubs but the 31-year-old will now remain at the Knights until at least the end of the 2022 season.

It is a show of faith from both the club and Pearce, who is entering his 15th season in the NRL but has endured a difficult summer off-field following the highly-publicised cancellation of his wedding and relinquishment of the captaincy duties.

Pearce re-signs with the Knights

"There's been a lot of talk, but I never wanted to go anywhere else," Pearce said.

"Since coming up here, I've been striving hard to achieve what we want to achieve.

"I see myself as a Knight now and I really want to get the job done with the club and the boys up here.

"I'm really grateful for the trust from the club and excited for what's ahead."

The Knights playmaker arrived at Newcastle on a lucrative four-year deal in 2018 and guided the club to their first finals appearance in seven seasons last year.

However, the emergence of several stars, including contract upgrades for Kalyn Ponga, Daniel Saifiti and Bradman Best over the past 12 months meant Pearce's new deal would be well-shy of his current salary.

Turning 32 next month, age was also a factor in negotiating an extension with only a one-year option put on the table.

"I think it's a good agreement from the club, being a bit older, who knows how long I'm going to play for," Pearce said.

"[But] I still feel as fresh and hungry as I ever have. Mentally, I feel great.

"Obviously, it was a challenging few months there but to come back around the boys and have the support from the club is something I'll always be grateful for.

"I've had some honest conversations with the club but I'm stoked. It's a show of faith by them. I want to repay them."

Pearce has produced a mixed bag of performances during his first three seasons at the Knights with constant changes in the five-eighth making him a weekly target for opposition teams.

With Kalyn Ponga (shoulder) and Blake Green (knee) unavailable for the opening rounds, Pearce's game is likely to be in the spotlight again after an inconsistent finish to last season.

Meanwhile Knights playmaker Phoenix Crossland has been suspended for one match by the NRL after he was involved in an altercation with a patron at a Newcastle pub.

He was also fined $900, with 50% suspended for 12 months. In determining the penalty, the NRL took into account that the player proactively reported the incident and co-operated with the Integrity Unit. 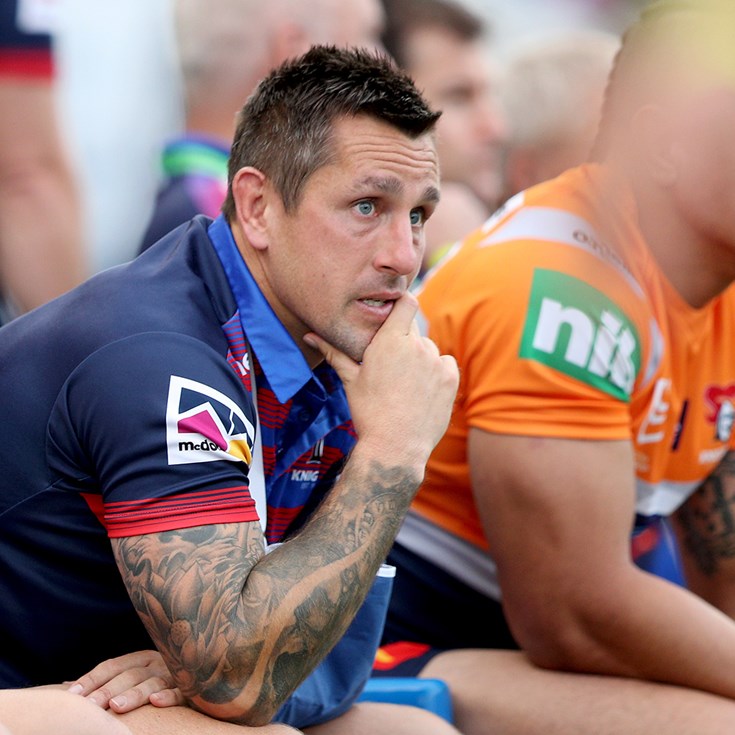 Can the Knights overcome heavy injury toll to make the eight?

What Pearce's surgery news means for the Knights

Presented By Chemist Warehouse 2 weeks ago