Josh McGuire could wear Dragons colours as early as Sunday after completing an immediate move from the Cowboys on Tuesday.

North Queensland and St George Illawarra announced the move, one that will see the Maroons prop remain with the club until the end of 2022.

The former Queensland Origin and Australian Test forward had been in the sights of his old Broncos coach Anthony Griffin for some time. He had weighed up a Dragons move over the summer before initially staying put in Townsville.

It is understood the Cowboys will continue to pay a portion of his salary this season.

A reported swap deal with Dragons half Adam Clune will not take place as the Cowboys in turn keep Jake Clifford despite the Knights asking if he can be released early given he is Newcastle bound in 2022.

McGuire missed Sunday's breakthrough win over Wests Tigers – the first of Todd Payten's tenure – due to an infected elbow.

He spent 36 hours in hospital last week with the cellulitis issue and did not travel to Sydney with the team, but is expected to be fit for this weekend.

McGuire will join the #redv with immediate effect!

McGuire's move continues Griffin's strong connection with players he has coached at Brisbane and Penrith.

McGuire's move to join them closes the door on Cronulla's Andrew Fifita doing the same after he and the Dragons expressed interest in a switch recently.

A shift to Super League club Wakefield has now been mooted, where Fifita would be able to play alongside his twin brother David.

The Dragons have enjoyed a stark turnaround under Griffin, surging to a 4-1 start with their upset of Parramatta on Sunday evening. 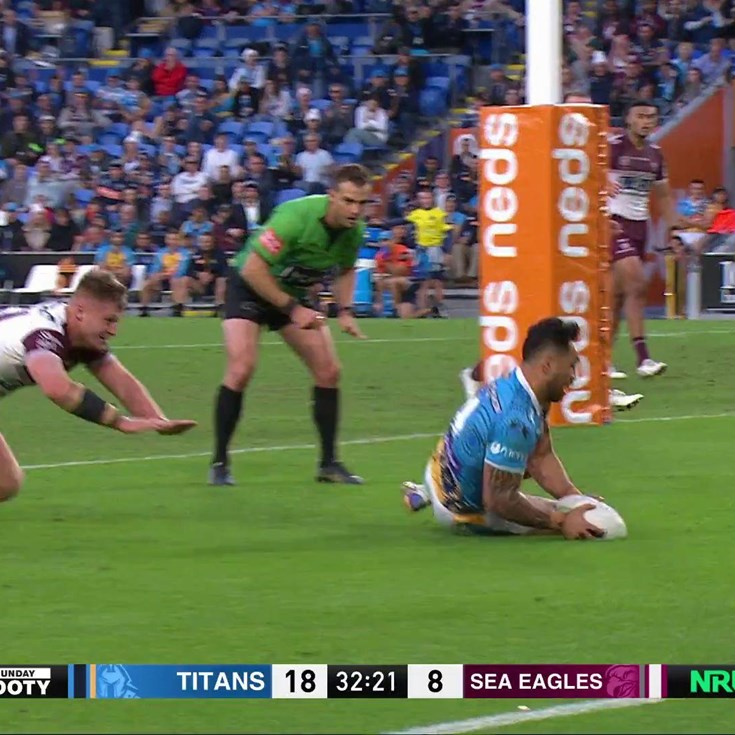 Another Campbell kick, another Titans try

Some kind of try assist from Jayden Campbell

Sharks snap up Trindall until end of 2023