Cowboys superstar Jason Taumalolo will miss another week after suffering a new broken hand ahead of Sunday's clash with the Bulldogs.

Taumalolo hasn't played for North Queensland since round one after fracturing his hand in March, and has now suffered a new injury to the opposite hand.

Cowboys: Jason Taumalolo (hand) is ruled out once more after suffering a new fractured hand at training, on the opposite hand to the one that he injured in March.

Lachlan Burr will start at lock and Mitch Dunn joining the interchange. Esan Marsters also dropped out of the squad on Saturday.

Jake Clifford is the 18th man.

Justin O'Neill (head knock) is set to make his return from injury in the centres in place of Hamiso Tabuai-Fidow (ankle). Connolly Lemuelu has been named despite being under a cloud with a shoulder complaint.

The Cowboys have won seven of their past nine games against the Bulldogs.

Bulldogs: In a late change, Renouf Atoni will start at prop with Dylan Napa back to the interchange bench. Aaron Schoupp will be the 18th man.

Skipper Josh Jackson is out after suffering a torn calf at training, with English forward Luke Thompson replacing him at lock.

Chris Smith has moved from the reserves to the interchange.

Brandon Wakeham, Dean Britt and Joe Stimson dropped off the initial reserves list on Saturday, with Schoupp the new addition.

Playmaker Lachlan Lewis (head knock) was a chance of returning this week but will have to wait until at least next round.

The Bulldogs have not won in Queensland since May 2019. 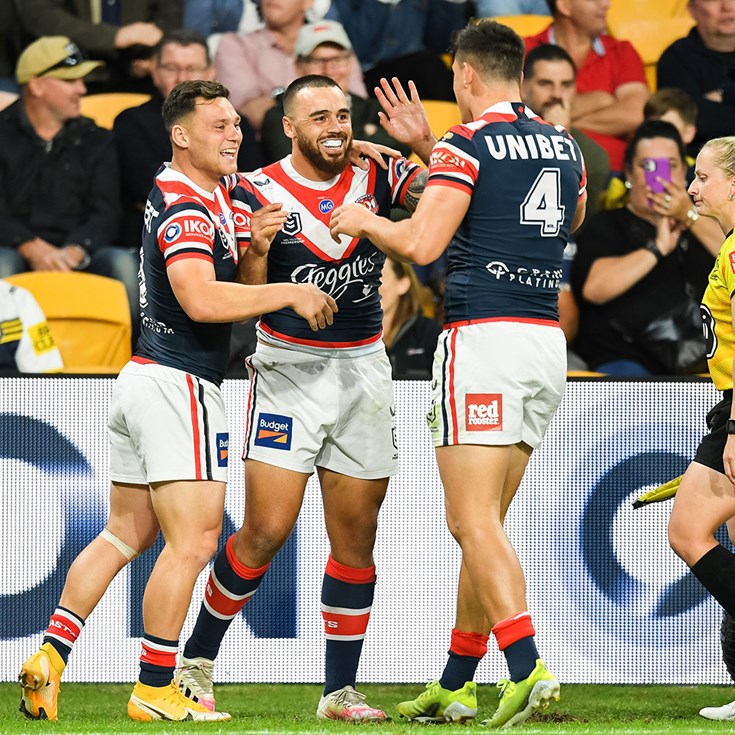