Canberra star Josh Hodgson insists he is still "fully committed to the club" after relinquishing the Raiders captaincy amid conjecture around his future and mounting issues in the nation's capital.

The captaincy shake-up comes a day after reports that fellow English import George Williams had raised homesickness issues with the club, while Stuart is also understood to have addressed on and off-field issues with his players during a meeting on Tuesday.

"I’ve made the decision to stand down as club captain and I informed the team of this a couple of weeks ago," Hodgson said in a Raiders statement on Wednesday.

"I’ve been out injured for the past two games and I’ve been working hard on getting myself back on the training field.

"I’m confident I’ll be ready to play again when we play the Bulldogs next weekend.

"I can assure everyone that I remain fully committed to the club and I’m looking forward to getting myself back to 100% fitness and helping the team get their season back on track.

"I know internally we’re all working extremely hard to turn things around and the playing group and staff have been fully committed to each other and the club."

Hodgson has been sidelined with a calf injury recently after an ACL rupture ruined a large chunk of his 2020 season.

The veteran rake was elevated to Canberra’s co-captaincy alongside club stalwart Jarrod Croker a year earlier, playing a lead role in the Raiders’ charge to the 2019 grand final.

Expectation from within and outside the club based on that title tilt only amplifies pressure on the Raiders heading into Saturday’s crunch clash with fellow 2021 strugglers Newcastle.

Both sides travel to Wagga Wagga with one win from their past five games, despite Canberra especially starting the season touted as premiership contenders.

Croker (shoulder) and Hodgson will be absent once more for the trip west, while Williams and star prop Josh Papalii are returning to bolster Stuart’s line-up.

Hodgson, 31, is contracted to Canberra until the end of 2022 but has reportedly been the subject of recruitment discussions at Brisbane.

NRL.com understands the Broncos' roster priorities remain securing gun youngster Kotoni Staggs and top-flight Rabbitohs half Adam Reynolds, who has spoken to coach Kevin Walters with a three-year offer in the works.

After sorting out their scrumbase, the No.9 jersey is another position that could be boosted based on a recent expression of interest in Hodgson’s English teammate Daryl Clark.

Clark is understood to still be keen on an NRL move after fielding interest from Brisbane and Canterbury, as well as a two-year offer from the Titans.

NRL.com understands though that given Clark is on decent money at Super League’s Warrington, there remains plenty of water to pass under the bridge before any move happens.

Which NRL player will light up Magic Round?

As for the Raiders, Hodgson’s dip in form has coincided with a slow start by Canberra’s playmakers and vaunted forward pack in general.

The long-term injury to star fullback Charnze Nicoll-Klokstad has not helped cohesion.

But the rise of diminutive hooker Tom Starling last season when Hodgson was out injured, combined with their sluggish start to 2021, has the Raiders still working out how best to manage their spine options.

Canberra CEO Don Furner told NRL.com on Tuesday that Williams - who is experiencing homesickness - will be supported and expected to see out the last 18 months of his deal with the club.

Kiwi international Joe Tapine has been in the spotlight after his wife Kirsten took aim at Stuart’s use of his interchange via social media during last Thursday’s loss to South Sydney. 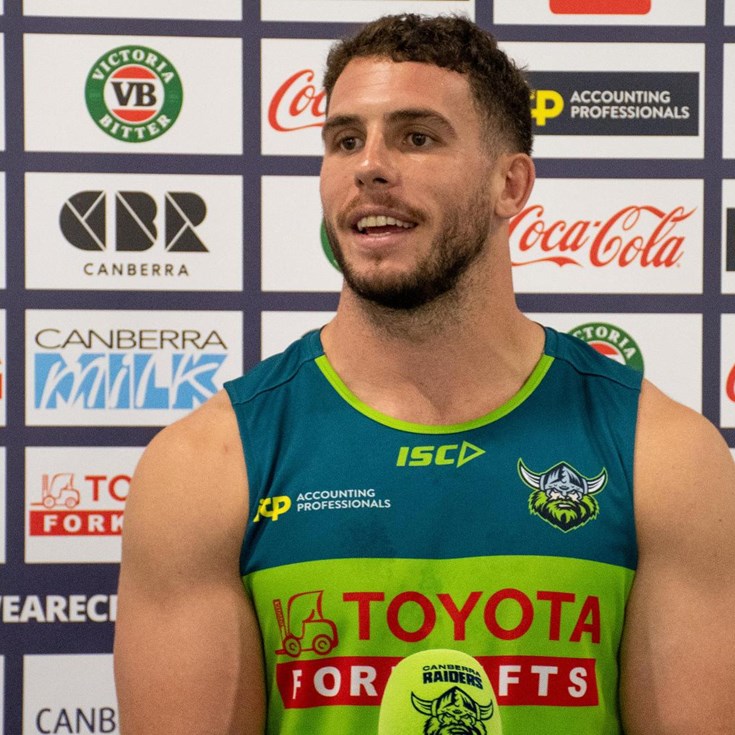