Official team lists, updates and injury news for round 13 of the 2021 Telstra Premiership season.

Dragons: The Dragons are 1-17. Matt Dufty (shoulder) and Josh Kerr (suspension) make timely returns and Jack de Belin has been named on the bench with Tariq Sims leaving a hole in the back row while on NSW duty.

With Dufty back on deck, Cody Ramsey shifts from fullback to wing while Mikaele Ravalawa's return from his second ban of the season sees Jordan Pereira drop out of the 17.

Brayden Wiliame slides in one to the centres, Jack Bird goes to the back row and Billy Burns is omitted.

Jayden Sullivan and Pereira were the first two players cut from the squad 24 hours before kick-off. Adam Clune was cut an hour before kick-off and Kaide Ellis is 18th man.

Goal-kicking centre Zac Lomax (thumb) is at least another week away from making his return.

The Dragons have won their past four games against the Broncos.

Broncos: The Broncos are 1-17. Halfback Tyson Gamble and prop Matt Lodge return from suspension in a welcome boost for coach Kevin Walters who has lost Payne Haas and Xavier Coates to Origin duty.

With Coates out, rookie Selwyn Cobbo has been named to make his debut on the wing, while Tom Flegler has been moved to the front row to cover for Haas.

With Gamble back, Albert Kelly shifts from halfback to five-eighth and Anthony Milford has been dropped again.

Skipper Alex Glenn's return from a calf tendon tear suffered in round seven pushes Keenan Palasia to the interchange bench.

Dale Copley and Cory Paix were the first two players omitted from the squad on Wednesday. Tesi Niu was the last man cut on Thursday and Jordan Riki is 18th man.

The Broncos have not won at Netstrata Jubilee Stadium since 1998.

Wests Tigers: The Tigers are 1-17. In-form second-rower Luciano Leilua was found not guilty of a shoulder charge at the judiciary and is free to play, having avoided a possible two-match ban.

Stefano Utoikamana is the new face on the interchange bench.

Jake Simpkin and Tui Simpkins were trimmed from the extended bench 24 hours before kick-off. Kiah Cooper was the last man cut an hour before kick-off and Michael Chee Kam is 18th man.

Panthers: The Panthers will line up 1-17 as they face a massive test of their depth with Nathan Cleary, Jarome Luai, Brian To'o, Isaah Yeo, Liam Martin, Api Koroisau and Kurt Capewell all away on Origin duty.

The return of Dylan Edwards (hamstring) at fullback allows Stephen Crichton to shift back to the centres and Matt Burton to move to five-eighth to replace Luai.

Robert Jennings gets a recall on the wing while Tyrone May will play halfback and Mitch Kenny is the new hooker.

Yeo and Martin are replaced in the back row by Scott Sorensen and Matt Eisenhuth while the interchange bench has four new faces in former Eel Jaeman Salmon, one-gamer J'maine Hopgood and debutants Lindsay Smith and Izack Tago.

Prop Moses Leota accepted a one-week ban for a careless high tackle and his place is taken by Spencer Leniu.

Sunia Turuva and Kurt Falls were omitted from the reserves list on Thursday. Eddie Blacker was the last man omitted an hour before kick-off and Brent Naden is 18th man.

The Panthers have won seven of their past eight games against the Tigers.

Storm: There are no last-minute changes with Isaac Lumelume named 18th man and Ryley Jacks the final match-day cut from the squad.

Sunshine Coast local boy Trent Loiero has come into the Storm's 17 with Tom Eisenhuth withdrawn from the side on Friday due to a concussion suffered in last week's win over Brisbane.

Chris Lewis is the new second-rower and Loiero is on the bench.

Kenny Bromwich (hamstring) is fit to play and will replace Maroons back-rower Felise Kaufusi in the second row while Dean Ieremia gets the call to take over from Blues winger Josh Addo-Carr.

Cooper Johns is named to start at five-eighth after being a late inclusion the past two weeks while Storm giant Nelson Asofa-Solomona gets another start in the front row.

Playmaker Ryley Jacks (concussion) makes his comeback from injury on the extended bench.

Eisenhuth and Jordan Grant were the two players to drop out of the squad on Friday.

The Storm have won six from six at Sunshine Coast Stadium.

Titans: Tanah Boyd has been named 18th man and Darius Farmer is the final omission one hour from kick-off.

Hooker Mitch Rein (shoulder) and winger Anthony Don (hip) earlier dropped out of the Titans team to play the Storm with Greg Marzhew making his NRL debut on the wing and Erin Clark starting at hooker for the Titans. Rein and Don are expected to only miss one game.

Ash Taylor returns from injury to partner Jamal Fogarty in the halves and Tyrone Peachey has to be content with an interchange spot on his return from suspension.

Origin has forced Justin Holbrook to make a raft of changes including handing Titans legend Preston Campbell's son Jayden his debut at fullback in place of AJ Brimson and naming Joseph Vuna, younger brother of former Knight Cooper, on the bench for his first NRL game since he played four for the Warriors in 2018.

Jaimin Jolliffe replaces Moeaki Fotuaika in the front row, Sam Stone steps into David Fifita's large boots in the second row and Sam McIntyre takes over the No.13 jersey from Tino Fa'asuamaleaui.

Knights: Jake Clifford will start at five-eighth in his club debut after having played for North Queensland last weekend. Kurt Mann is at halfback. 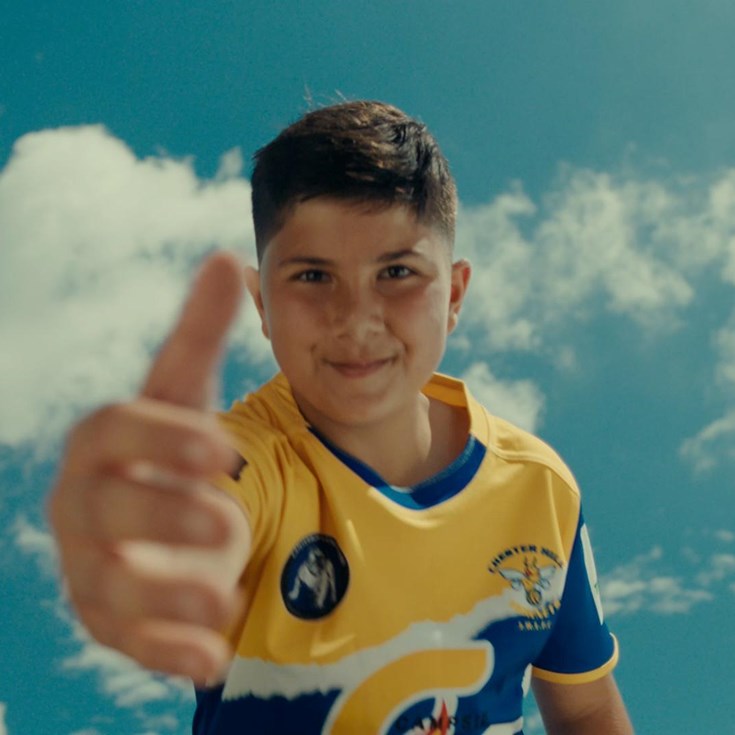