Kevin Walters says "everyone is in the firing line" as part of a complete review of the entire Broncos operation with the coach and new CEO Dave Donaghy sick of the mediocrity that has infiltrated the once glamour club of the NRL.

Walters confirmed after the club's 46-0 loss to South Sydney that second-rower Tevita Pangai jnr had been told he was free to leave Brisbane and he won't be the only big name tapped on the shoulder with a roster and staff overhaul to fix the club's mess.

No position is safe at Red Hill, from the playing field to the football administration as Walters prepares to put a broom through the joint after a dreadful past few seasons.

"If we don't change things they're going to stay the same," Walters said.

"Everyone has had 15 weeks to prove themselves and their value on the football field.

"We are all under the microscope, not just players, coaches, performance staff, everyone is in the firing line. I'm up for the fight."

Pangai candid about his future

Walters believes the rot at the Broncos started three or four years earlier, back before master coach Wayne Bennett was unceremoniously dumped from the club for Anthony Seibold.

The Broncos' salary cap is a mess which is why Pangai and Matt Lodge have both been told could leave before their contracts run out.

They're victims not so much for their playing performance, as they've had consistent seasons, but because they're on hefty deals taking up far too much space in the cap signed off on by the previous administration.

Pangai's week went from bad to worse on Friday when he was charged with a grade-one crusher tackle and is facing a four-week ban.

"The salary cap certainly comes into play with it all most definitely," Walters said.

"We came up with a decision and there will be more decisions to come as well. Clearly we're not in a good place at the moment.

"There's a lot of things that aren't right with us, we have a plan we're going to implement over the next two or three weeks and we will get things rolling again.

"For mine I see the Broncos as always being an urgent club. Everything we do needs to be first class and professional, that hasn't happened in the last three or four years.

"Take it back as long as you want, the Broncos have not been great for a long time. It is not just something that has happened overnight, it has gradually happened to us."

Pangai, in an interview with Channel 9 after the game, said the Broncos "got me in on my day off and told me that I'm free to look elsewhere".

"Players have got to be held accountable for the results we've been tossing up. If that's me then I have to look elsewhere," he said.

"I've got to take it day by day and week by week and see where my future is. We've got one game in the next three weeks so I'd to get my future sorted over the next month or so.

"I haven't thought about that, I thought I was on contract but contracts don't mean much these days. I've got to cop it on the chin and get my manager to do his job."

Walters said Bennett's name had not been discussed in any plans and in perhaps a sign of the animosity the former coach holds towards Brisbane Bennett was short and succinct when asked about his former club.

"You haven't got enough time for me to tell you [how to fix the Broncos] so move on," Bennett said.

When asked if he had any words for Walters, his former protégé, he said: "No advice."

Broncos chief executive Dave Donaghy confirmed via a statement that Pangai, who was contracted until the end of 2022, had been given permission to leave the club if he can find a new home.

"Given our position we are reviewing our roster and sometimes that involves some challenging discussions," Donaghy said.

"In saying that, our discussions with Tevita have been open, honest and respectful.

"In an ideal world these calls would be made post-season, but free agency in the NRL does not enable that."

Former Broncos captain Gorden Tallis said the problem for Brisbane is they have players on salaries that no other club is interested in picking up.

"Kevvie is trying to change the roster and I think it's been harder than he first thought," Tallis said on Fox Sports.

"There are players there that no one wants."

The Broncos have just three wins from their first 15 games and their defence is a shambles, conceding 176 points in their past four losses, 242 points in the past six weeks.

It could be argued the club has indeed gone backwards under Walters, such has been the disarray in their defence and the chaotic nature of their team changes, but the rookie coach promised to salvage something from the season.

"Obviously with what's gone on here the last couple of years their mind space isn't that strong, we're not a very resilient football side," Walters said.

"There's many things that aren't working for us, it would be wrong to single out just one thing. When we are in the position we are there's a lot of things going wrong.

"I wouldn't say we've gone backwards. We have three wins from 15 games and we've 10 to go so come and see me at the end of the year." 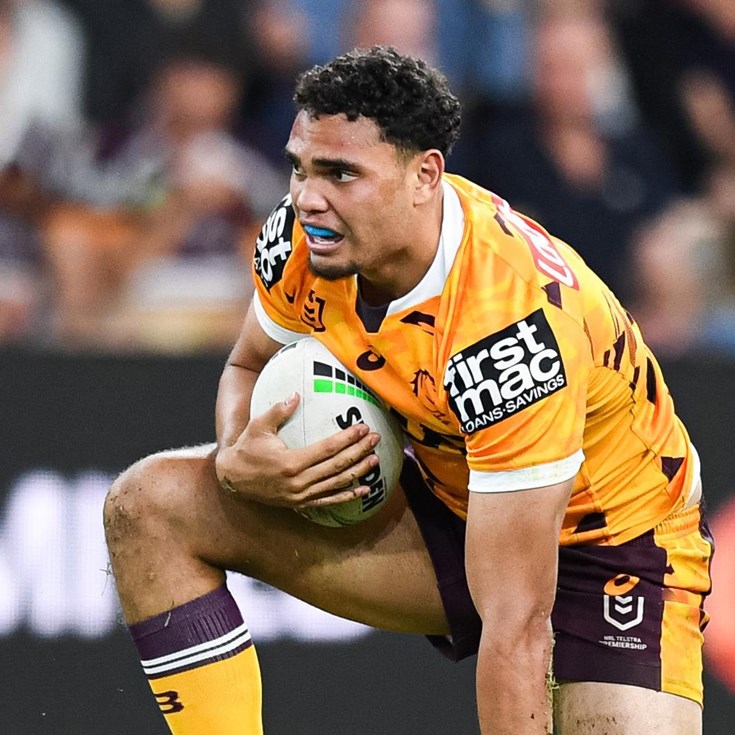