Tipping the scales at all of 78kg and standing just 183cm tall, Sam Walker always knew he'd be in for plenty of treatment like he copped from Christian Welch and Justin Olam as the Storm manhandled the Roosters in Newcastle.

The kid is clearly made of the right stuff and knows full well he'll walk away with plenty of bumps and bruises as mementos of his debut season in the NRL.

The shot from Olam was an absolute bell ringer and perfectly legal. The powerhouse centre arrived just as Walker released a pass and gave him a rib check the 19-year-old was probably feeling all weekend.

It's the sort of attention Walker and other playmakers expect when they take the ball to the line and dance with the big dogs.

What they shouldn't be expecting is to be sat on their backside every time they kick the ball down field, sometimes simultaneously and other times well after the ball has left the boot.

Somewhere along the line it seems "kick pressure" got lost in translation and turned into "pummel the playmaker" or "hammer the halfback".

Anywhere else on the field if anyone is hit after he passes or is tackled on suspicion, a penalty is blown, but it seems players think kickers are fair game after the ball has gone.

Soward makes plea for kickers to be given more protection

And so it was that Walker found himself on the end a shot from Welch which many people, including premiership-winning playmaker Jamie Soward, thought warranted a penalty at the very least.

"A kicker has no protection. He's looking down field, he has no chance to be able to protect himself," Soward said on Inside The NRL.

"He's not even looking where Christian Welch is coming from and for Christian Welch to still have his head in contact with Sam Walker's head, if that was a normal tackle, play would have been stopped, the Bunker would have looked at it but we just expected Sam Walker to keep going.

"It's one of the most dangerous things we have in our game is protecting the kicker. If you're on your pivot leg and you've got that leg up, you've only got one leg up to be able to stand on.

"Every other player in the game knows where the defence is coming from and you can brace yourself for impact but kickers don't have that luxury."

Welch stated his defence via social media, posting on Twitter: "Never meant to head clash obviously but one of my main roles is to pressure halves when they playing shape or kicking. He is a great young player who will be awesome for a long time."

In Canberra two nights later, 87kg Raiders playmaker Sam Williams was collected in the back by 107kg Titan David Fifita after passing the ball and the Gold Coast enforcer was sin-binned and subsequently suspended from Origin III.

The debate over whether Sam Walker needs a rest

Late hits on blokes who've passed the ball and relaxed their body and have no protection against a shot in the ribs or back have been heavily scrutinised by the match review committee and rightly so.

So how can people defend players who smash kickers relentlessly across the 80 minutes despite the fact that in many instances the ball is long gone?

You'll often here the excuse that the opposition forward "wouldn't be doing his job" if he didn't apply kick pressure. Or would have to answer to his coach if he didn't make the playmaker's life hell.

Given there is no intent to charge the kick down because that would give six more tackles to the attacking side, what exactly is the purpose of this much hyped "kick pressure".

The playmakers set to take charge in State of Origin III

Of course the defenders are there to cut down the kicker's time and space and try to rush them into a poor kick. But why does that pressure have to be followed up with a full-blown tackle after the ball is gone?

Legendary playmakers Andrew Johns and Johnathan Thurston have campaigned strongly for more protection for kickers, having copped more than their share of attention through the years as they led their side to premierships, Origin titles and Test triumphs.

No playmaker expects free rein to do whatever they like when they decide to kick but they shouldn't have to worry about having their legs taken out from under them or a whack on the head, accidental or not.

At least the eighth Immortal Johns was safe in the knowledge that if he did cop it then his forwards would dispense justice and make sure opposing forwards knew they'd be there to protect their No.7.

With old-school retribution well and truly stamped out, playmakers should not have to cop it sweet and cop it often as they send the Steeden down field and wait to see which version of "kick pressure" gets served up to them. 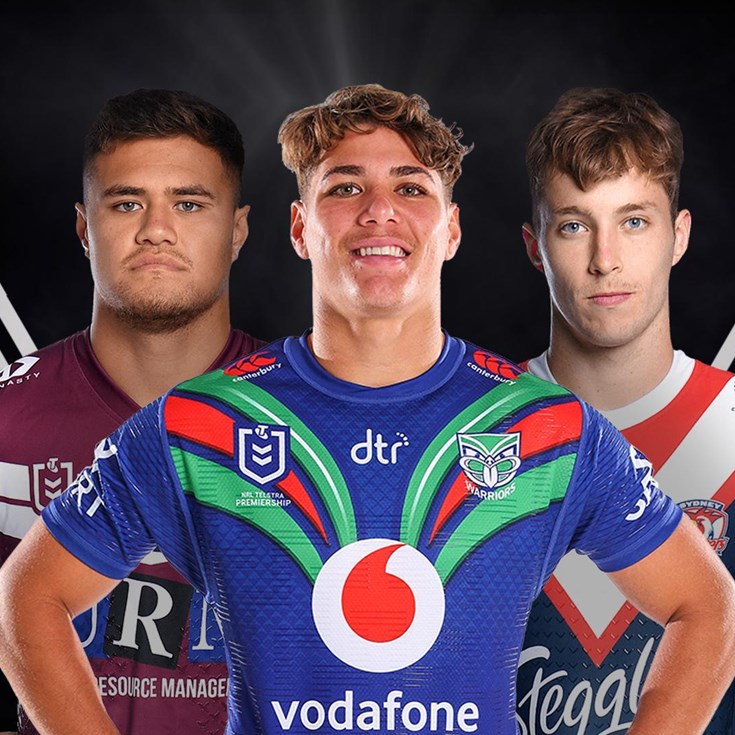