Newcastle recruit Adam Clune grew up cheering the likes of Andrew Johns and Danny Buderus, so the chance to play for the Knights and work with them is a dream come true.

While the main selling point for Clune to move from Wollongong to Newcastle was the security of a two-year deal, the opportunity to pull on the blue and red jersey and learn from returning halves coach Andrew Johns were also huge bonuses.

"I'm super excited to be here, it's obviously a good opportunity," Clune said ahead of his first field session with the Knights on Wednesday.

"I got a two-year deal; it was a year longer than I had left at the Dragons which was one of the contributing factors.

"We've got a great squad here. On the right trajectory so that was a drawcard for me.

"I went for the Knights growing up. That was a pretty big factor in me coming here, it made me super excited so to get the opportunity to potentially put on the red and blue is one thing I'm really looking forward to."

The must-see games for Knights fans in 2022

The chance for Clune to work with Johns, in particular, was "unbelievably exciting".

The game's eighth Immortal has returned to the club he made 249 NRL appearances for and steered to premierships in 1997 and 2001 to work with Newcastle's playmakers next season.

"He's obviously one of the best to ever do it, if not the best, so to be able to work with him, get some feedback off him and bounce ideas off him is something I'm really looking forward to and can't wait to pick his brain," Clune added.

"I went for the Knights growing up, blokes like him and Danny Buderus were playing first grade when I started supporting them so I'm super excited to be amongst it and have the Knights emblem on my chest.

"We had a bit of a skills session the other day with him. It was super exciting to get to learn a few things from Joey."

Clune joined the club anticipating Mitchell Pearce would be the first choice No.7; while not released yet, there remains a strong chance Pearce will be in the UK Super League by the time the NRL season kicks off.

Clune was philosophical about what that would mean for his role in the team.

"When I signed here I was of the opinion that Mitch was going to be here," Clune said. 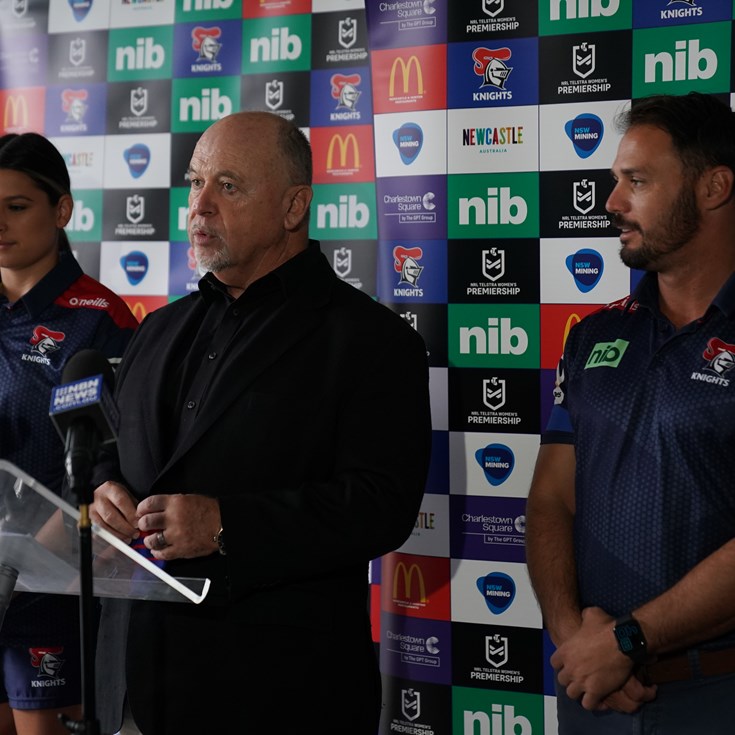