NSW fans can't expect Origin coach Laurie Daley to find a magic bullet at the selection table to end Queensland's interstate dominance – rather it is up to the fringe players to give Daley no choice but to pick them.

That is the assessment of Blues legend Brad Fittler as well as Daley himself, with Fittler highlighting a lucklustre opening round effort from a range of fringe players – and specifically talented Panther Bryce Cartwright – epitomising the Blues' struggles.

A Penrith junior himself, and a man equally at home as a ball-playing lock as a big, running five-eighth, Fittler nominated Cartwright as a possible five-eighth for NSW but said the nephew of former Blues star and current Sea Eagles assistant John Cartwright needed to find consistency.

"That's the thing, we keep looking at the coach to find an answer but the players have got to start putting their hands up," Fittler told NRL.com.

"There's no better time than [Thursday night when the Panthers host the Bulldogs]. You've got blokes like Bryce Cartwright, Josh Reynolds, they're a couple of young blokes who can put their hand up and make it [the Blues No.6 jersey] theirs."

Cartwright got the full 80 minutes in his side's opening round 30-22 loss to the Raiders but struggled for involvement in the Canberra heat and missed six tackles. Reynolds was superb in the Dogs' big win over Manly, displaying a great kicking game and laying on two tries.

Fittler said it wuold be up to Cartwright rather than the coaches and selectors whether he plays Origin this year or down the track.

"He had a chance last week and he missed it," was Fittler's blunt assessment.

"He's still learning, he's very young. Josh Reynolds [is one to watch in] Canterbury and Penrith, he was one of the best players in the round last week. Maybe he's the one.

"Across the board very few teams really put in an 80-minute effort last week. Tyson Frizell I thought was strong but gave a few penalties away. Jimmy Tedesco did some really wonderful things and I know he's definitely in the eyes of the selectors.

"The key is the players have to put their hand up. I don't know if from a selector's or a coach's point of view that's happening at the moment. It's always up to the players."

Daley played his cards typically close to his chest when it came to possible selections. He did confirm last year's best from the Blues, fullback Josh Dugan, would be in the 17 in some capacity despite his shift to the centres for the Dragons this year, and also confirmed to Fox Sports' NRL 360 that Greg Bird – an automatic selection in previous years who missed the 2015 series through suspension – was also guaranteed a return.

Daley told NRL.com Wests Tigers fullback James Tedesco was in the frame along with Panthers custodian Matt Moylan, while three eligible halves with previous experience who aren't currently injured or suspended – Josh Reynolds, Trent Hodkinson and James Maloney – are all in the frame.

"You've got your Wade Grahams, Tariq Sims, your Moylans and Tedescos, Walkers, Austins, [Adam] Reynolds, they're all – after game three last year I think everything is on the table. We've just got to make sure we get the right team," Daley told NRL.com regarding possible 2016 debutants.

"[We need to look at] how much injuries will determine the selection, form, there's a lot of things so you've just got to have a group of players that you know can play well and go from there."

Another Blues great in Geoff Toovey told NRL.com that while two of his former protégés Jake and Tom Trbojevic each have a big future, he hopes they're not rushed into anything.

"You know what you're going to get out of the boys," Toovey said of the brothers.

"They've both still got a lot of maturing to do in regards to playing at that level but as long as they're not rushed I'm sure they've got a very bright future." 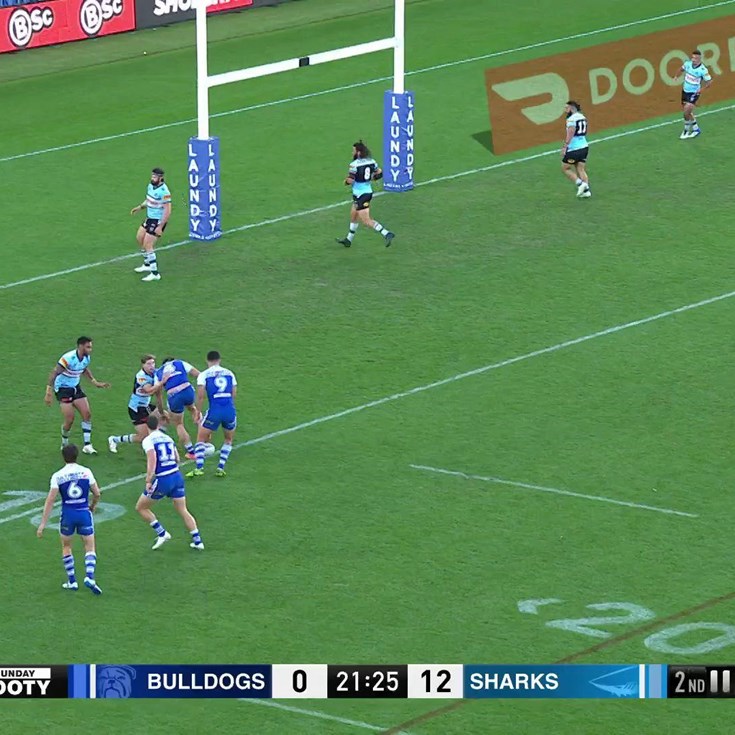 Trindall and Mulitalo combine on the left this time for Cronulla