Brisbane Broncos halfback Ben Hunt is still looking to improve, despite an outstanding performance that almost delivered his side a thrilling win against North Queensland on Friday night.

Hunt's heroics were not enough, with the Broncos falling 21-20 to the Cowboys in another exhilarating golden point contest at Suncorp Stadium.

Despite the loss, there are positive signs for Brisbane and their fans, with Hunt putting in an inspiring 80-minute performance.

After receiving a lot of criticism during the week about his poor kicking performance in Round 1, Hunt bounced back in a big way and sent a message to his critics.

He also kicked an important 40/20 and accumulated 394 kicking metres for the match.

It was a mature performance that saw Hunt named Brisbane's man of the match, and if it wasn't for Cowboy Johnathan Thurston's field goal heroics, Hunt would be the halfback stealing the headlines.

Despite the strong performance, Hunt told media after the clash that he still wants to work on aspects of his game and he is confident that he will do so successfully.

"I have a lot of belief in myself," Hunt said.

"I was happy with a lot of my kicks because they were a lot better than what they have been, but I still think I have some things I can improve on.

"I found the winger on the full a couple of times and put a ball dead so there's still some work to do.

"The two try assists just came from practice. When I see the fullback in the line I like to put a little grubber through.

"It's just something I've been working on. For me it's game awareness and knowing where the fullback is."

It will be a tactic that Hunt will look to use when the Broncos travel to play the unbeaten Storm in Melbourne in Round 3 of the NRL Telstra Premiership.

Hunt is already looking ahead to that match, and he said he expects a grinding battle that is decided by the forwards in the middle of the park.

"They've always produced quite a challenge for us down there," he said.

"They had a pretty good win against the Warriors so we expect them to be strong.

"It's always a tough grinding game and they have some excellent players.

"In saying that, I like playing in Melbourne. It's a great place and their fans are always passionate." 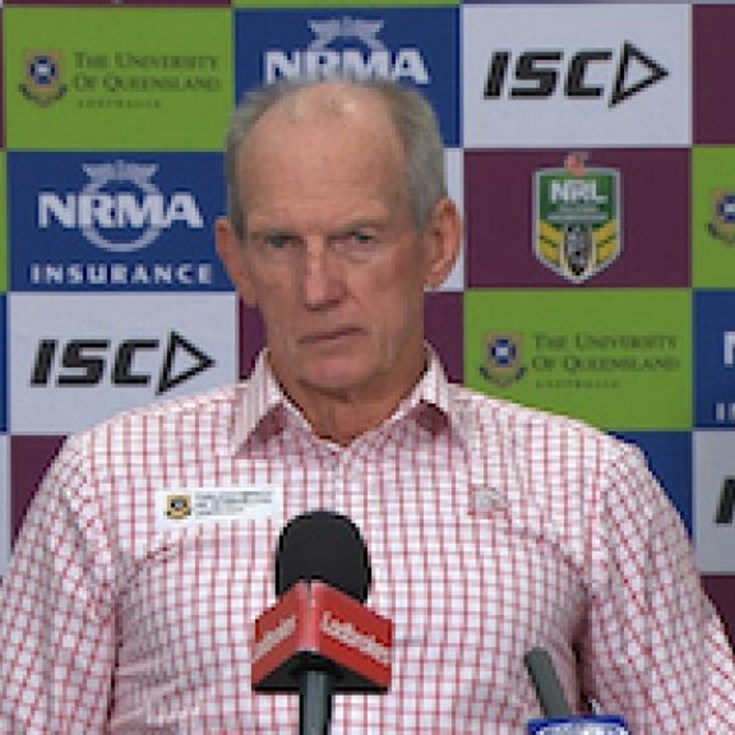