Brisbane centre Tautau Moga has revealed the inspiration behind his promising start as a Bronco ahead of his side's clash with the Melbourne Storm on Thursday night.

‌Moga married his partner Toni in the off-season, travelling up north to tie the knot off the beautiful Magnetic Island.

It put things in perspective for the 23-year-old, with Moga realising that he needed to grow up for the sake of his family.

Previously at the Sydney Roosters and the North Queensland Cowboys, the early stages of Moga's career were plagued by off-field incidents.

He was arrested for his involvement in a nightclub brawl in 2014 before being fined by the Cowboys for his participation in the now infamous egg-throwing incident in 2016.

But like his marriage, his arrival at the Broncos in 2017 has marked a new beginning and he is ready to show the world how he has changed as a player and a person.

Moga told NRL.com that he has matured a lot since the egg incident, and he puts this down to the calming influence of his wife and the love he has for her.

"I got married in the off-season. Our ceremony was beautiful. We had it just off Magnetic Island. It was a really nice day," Moga said.

"My wife is a big part of me. She's played a huge part in my life on and off the field.

"She's my backbone and I'm hers. She is my inspiration."

Moga has been solid in his first two games as a Bronco, adding much needed size and depth to Brisbane's backline.

After a strong off-season he edged out David Mead, Benji Marshall and Jonus Pearson for a starting berth, impressing coach Wayne Bennett from his first day at the club.

Many thought Moga must have been guaranteed a starting berth when he signed with the Broncos, but the Springfield junior said that was not the case.

"I wasn't told I would get a starting position. I had to work hard for that," he said.

"It's like every other club in that you have to work hard and earn your position in the 17.

"I came here in the pre-season and knew that was what I had to do. I've put in the hard work and I will continue to do that.

"It's been great coming back home to Queensland and I love it here." 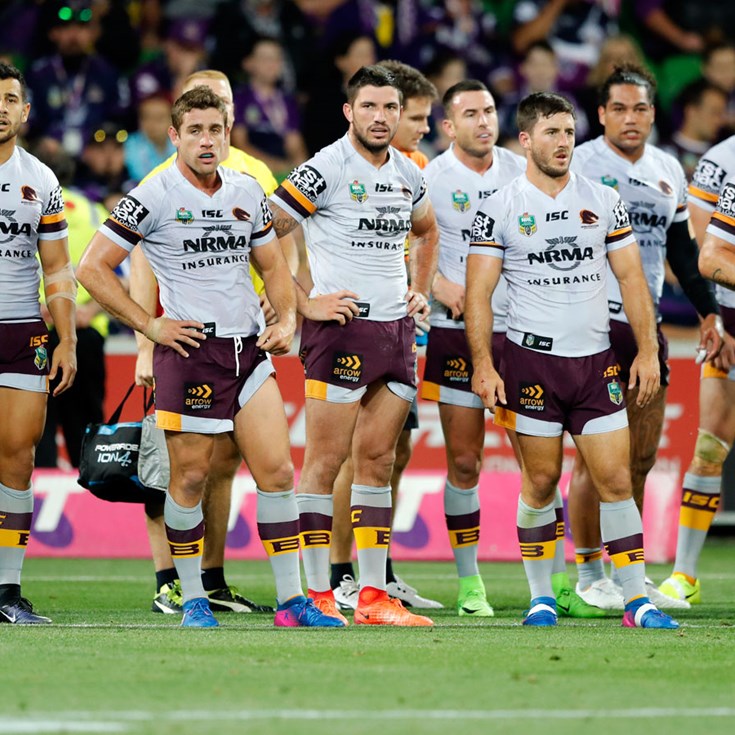