Broncos forward Joe Ofahengaue has been suspended for three weeks for a lifting tackle on Titans forward Max King.

Ofahengaue was charged with a grade three dangerous throw and will be available for selection again in Round 26 after entering an early guilty plea.

Sharks second-rower Wade Graham was also charged with a dangerous throw for his tackle on Raiders winger Nick Cotric, but has escaped suspension with an early guilty plea.

It was the same result for Jake Marketo, Kane Linnett (both dangerous contact - head/neck) and Matt McIlwrick (dangerous throw) who all also accepted the early plea. 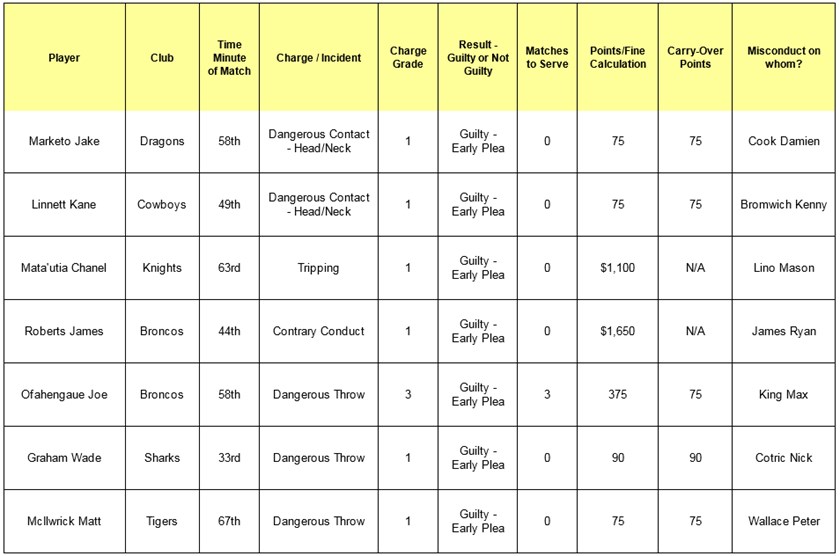 Walters talks about Martin at fullback