The gap widens between the Storm and the rest as the Broncos and Sea Eagles rise and the Cowboys start to slide. Here's the unofficial form guide for all 16 NRL clubs after this week's matches.

They weren't their usual slick selves but still came away from Townsville with a 26-8 win over the injury-hit Cowboys, and continue to power their way towards the minor premiership. This week's clash with the Roosters will probably be their toughest test ahead of the finals.

After recent losses to Melbourne and Parramatta and the loss of hooker Andrew McCullough for the season, you could be forgiven for doubting the Broncos' premiership credentials. But they suddenly look like dark horses once again after thrashing local rivals the Titans 54-0 away from home. It was the biggest win by any team this season, with the surprise selection of Sam Thaiday as starting hooker and Ben Hunt injecting some spark off the bench working wonders with Brisbane defending superbly in the early stages and Hunt scoring three tries and laying on two others.

They were again without key men Boyd Cordner and Jake Friend but the Roosters would still have expected to beat a Manly side that was towelled up by the Storm 40-6 a week earlier. Sunday's loss – in which the Tricolours blew an 18-4 lead to lose 36-18 – will have Trent Robinson's men even more fired up for Saturday's visit to Melbourne.

A hamstring injury to Bevan French following a season-ending injury to fellow fullback Clint Gutherson is a worry but all other signs are positive for Parramatta these days. They've won six straight with new recruit Mitch Moses seemingly improving every week and are in the race for a top-four finish.

After thumping the Raiders in Canberra earlier this season, the Sharks were beaten emphatically by the Green Machine on their home turf 30-12. It continues a curious trend between the teams with the away side repeatedly having the edge, and was a wake-up call for the defending premiers. Was the loss a one-off, or a sign of things to come? With tough games against the Broncos, Cowboys and Roosters coming up we're about to find out.

After copping two heavy defeats and leaking 92 points along the way, Manly needed a huge improvement to compete with the second-placed Roosters – and that's exactly what they gave their fans, putting on a show in a terrific 36-18 comeback win. They were led by the big names Daly Cherry-Evans and the Trbojevic brothers and remain one of the league's dark horses, as long as they can produce some grit in defence to match their flair in attack.

Penrith finally slipped into the Telstra Premiership top eight after securing a fifth straight victory, this time proving too strong for Ivan Cleary's Wests Tigers. They're one of the favourites among the neutrals but the Panthers couldn't put the Tigers away until the final 10 minutes and have enjoyed a string of games against bottom-eight clubs. The next month will provide a good barometer of where they're at.

Already without superstar co-captains Johnathan Thurston and Matt Scott the Cowboys' chances of victory against the league leaders dropped from slim to nil when they also lost Gavin Cooper, Antonio Winterstein and Scott Bolton to injury during Friday night's clash. They still fought hard and were in the contest in the first half but will bounce back with a fit 17.

Canberra believe they are still in the race for the finals and beating the reigning champs on their own turf is a good way to prove it, with the Raiders turning the clock back a year to put 30 points past the Sharks. They'll expect to win at least two of their next three against the Warriors, Panthers and Knights before a Round 26 showdown with Melbourne that could potential determine whether they make the eight.

It's been more than two months since St George Illawarra have claimed back-to-back wins, and even more worryingly their last four defeats have come against teams in the bottom half of the ladder. They somehow threw away a 10-point lead at the end of Friday night's clash with Souths and are struggling for form at just the wrong time with finals rivals Penrith and Canberra hitting their straps. On the bright side, Ben Hunt is looking more and more like a quality recruit.

Souths were six minutes away from a fifth straight defeat before pulling off one of the year's best comebacks, scoring twice in the dying stages to stun the Dragons. Adam Reynolds has one of the best right boots in the game and his sideline conversion gave Rabbitohs fans something to celebrate for the first time in a while.

They may have lost three of their last four but there's been a lot to like about the Tigers of late, who competed well with finals-bound sides Parramatta and Penrith in recent weeks. Errors remain a serious problem and they lead the league for missed tackles but they aren't afraid to throw the ball around and have players capable of creating some highlights. Luke Brooks's solo try against the Panthers, featuring a show-and-go and a surprising turn of speed, is a welcome sign for their future.

A knee injury for Ash Taylor, a 54-point loss to Brisbane… the less said about the Titans this week the better.

Newcastle have earned a boost in the rankings with back-to-back wins, something appreciated by not only Knights fans but also all neutrals who don't support the Dragons or Warriors. Last week's win was hard-fought if a little fortunate, but Nathan Brown's men were in full control for the duration of Saturday's 26-10 victory at home. They've got four very tough matches to end the season but for now can dream of brighter things next year.

The Dogs have now lost three straight and their attacking woes remain, but they are capable of finishing the year on a high with games against Souths, Manly, Gold Coast and the Dragons to come.

Outclassed by the last-placed Knights, the Warriors have slumped to five straight defeats and are struggling as expected without Shaun Johnson pulling the strings. The 2018 campaign can't come soon enough. 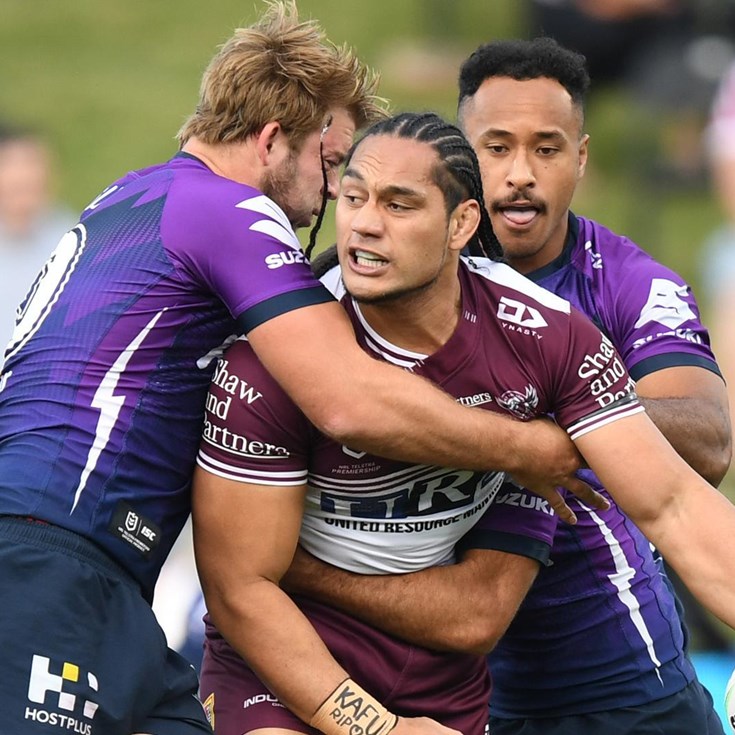