The Penrith Panthers will be eager to make their winning streak six in a row, and catapult themselves firmly into the top eight and out of the precarious position they currently find themselves in.

The Cowboys have proven they can almost match it with the benchmark teams in a close loss to the Sydney Roosters and a brave performance with a huge injury toll against the Melbourne Storm.

With the Panthers trailing the Cowboys by two competition points on the ladder with a superior for-and-against, a win for Penrith will have them leap-frog North Queensland and they could land as high as sixth by the end of the round.

Matt Moylan remains an unlikely starter for the Panthers after being named on an extended bench this week while the Cowboys' injury woes have continued with Gavin Cooper and Antonio Winterstein sidelined after picking up injuries last weekend.

‌Why the Panthers can win: Their tenuous finals hopes will have the Panthers eager enough to win; couple that with a burning desire to get one back on the Cowboys after the visitors stole victory in their last meeting and the Panthers have it all to play for. They certainly have the ability to do it if their last five weeks are anything to go by. After a big win over the Wests Tigers last week they'll be brimming with confidence, but they'll need to do better than the 67 per cent completion rate they had in that game. They dominated up front against the Tigers with 1835 metres gained – 235 more than average – and if their forwards can get over the Cowboys and deliver some off-loads past the advantage line they'll quickly find holes in North Queensland's defence.

Why the Cowboys can win: No one could fault the Cowboys for their brave performance against the Storm last week, with their captain and a veteran winger going down in the first 10 minutes. Despite letting in five tries, four of those came against their tattered edge where Coen Hess was filling in at centre. They'll have no such issues this week, and as such their defence should be much improved. The Cowboys had no problem rolling up the field against Melbourne, and if Jason Taumalolo, John Asiata and Scott Bolton can replicate that effort this week Michael Morgan will inevitably help his halves partner and former Panther Te Maire Martin put points on the board. The longer turnaround and the rest afforded to Morgan and Hess should have the entire team fresh and able to lift to cover the absence of Cooper and Winterstein.

‌
The history: Panthers v Cowboys: Played 34; Panthers 18; Cowboys 16. The Panthers have a slight edge over the Cowboys, but North Queensland have won seven of the last eight encounters.

What are the odds: This is a fairly competitive market according to Sportsbet with the money running 60/40 in favour of the Cowboys, who seem to be an attractive price. Hardly any money has come for either side to win 13+ so 1-12 looks like the way to go. Latest odds at sportsbet.com.au

NRL.com predicts: The circumstances of both of these teams is likely to make the match one full of desperate try-saving tackles and players taking every inch they can get. Despite the Panthers' recent winning streak, they won't be able to match it with a Cowboys side that knows it can match it with the benchmark teams in the competition. Cowboys by 6. 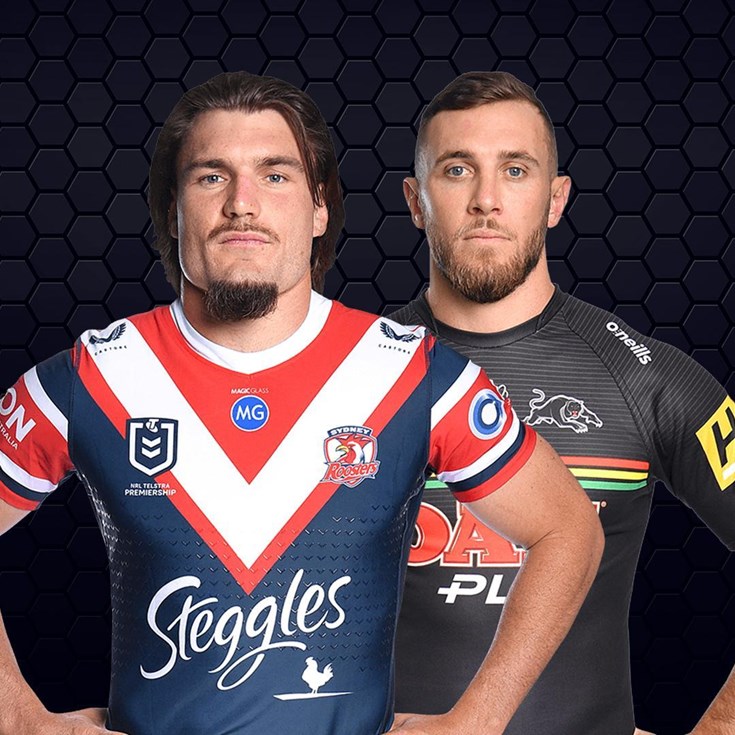