Brisbane have sent the Sharks' premiership defence to new depths with a commanding 32-10 win at Suncorp Stadium on Friday night.

On the back of a record 54-0 thumping of the Titans last week the Broncos were rarely troubled by the attack of the defending champs, with Sharks birthday boy Luke Lewis scoring against the run of play in the final minute of the first half and Gerard Beale taking advantage of a Brisbane error with 10 minutes to play.

The home side had to play the final five minutes with 12 men after Jordan Kahu was sin-binned for a professional foul for interference in the play-the-ball close to the Broncos' line after a desperate lunging tackle on Sosaia Feki but it mattered little against a team that made a total of 16 errors, missed 54 tackles and completed only 58 per cent of their 32 sets with the ball.

Five-eighth Anthony Milford was at his sparkling best for Brisbane, terrorising a Sharks defensive line that looked slow and fatigued and as the Broncos moved into second position on the ladder Cronulla could fall as low as sixth by the end of Round 23.

No team has won back-to-back premierships in a united competition since the Broncos in 1992-93 and the mountain ahead of the Sharks had never looked as insurmountable as it did on Friday night.

The energy required to paper over their lack of discipline with the ball all season finally dissipated on a warm Queensland night and showed clearly that execution must be clinical against the best teams at this time of the season.

Paul Gallen's first carry in his 300th game for the Sharks was met by a chorus of boos from the parochial home crowd but there were plenty of cheers as the visitors bumbled their way through a first half in which they made seven errors, had just 42 per cent of the ball and completed at only 69 per cent.

If not for Lewis's try the 14-6 scoreline would have looked even more lop-sided at half-time but it took just three minutes of the second half for the Broncos to kick out again to a 14-point lead.

Centre Tautau Moga powered past opposite number Kurt Capewell to score his seventh try of the season in the 43rd minute and then did a number on Chad Townsend in the 60th minute for his second of the night in almost identical fashion.

The point-scoring spree continued four minutes later when Milford stepped his way past a host of Sharks defenders before sending a perfectly-timed cut-out pass to an unmarked Corey Oates on the left wing.

There were Cronulla errors in the lead-up to both of Brisbane's first-half tries to Matt Gillett and Darius Boyd as the home side targeted returning five-eighth James Maloney to devastating effect.

Sharks centre Ricky Leutele raced out of the line and gave Kodi Nikorima all the invitation he needed to get Gillett one-on-one with Maloney in the fifth minute and after an error by Wade Graham on halfway Nikorima's pass put Boyd outside Maloney, the Broncos skipper pushing past three defenders to score in the 35th minute.

But just as the Broncos promised to keep a clean sheet for a third straight half Cronulla crossed just before the break to reduce the half-time deficit to eight points.

Brisbane winger Corey Oates failed to rein in a grubber kick from Valentine Holmes to give the Sharks their best chance of the half and they were good enough to capitalise, Luke Lewis spearing across past a Milford attempt at tackle to score on his 34th birthday and reducing the deficit to eight. 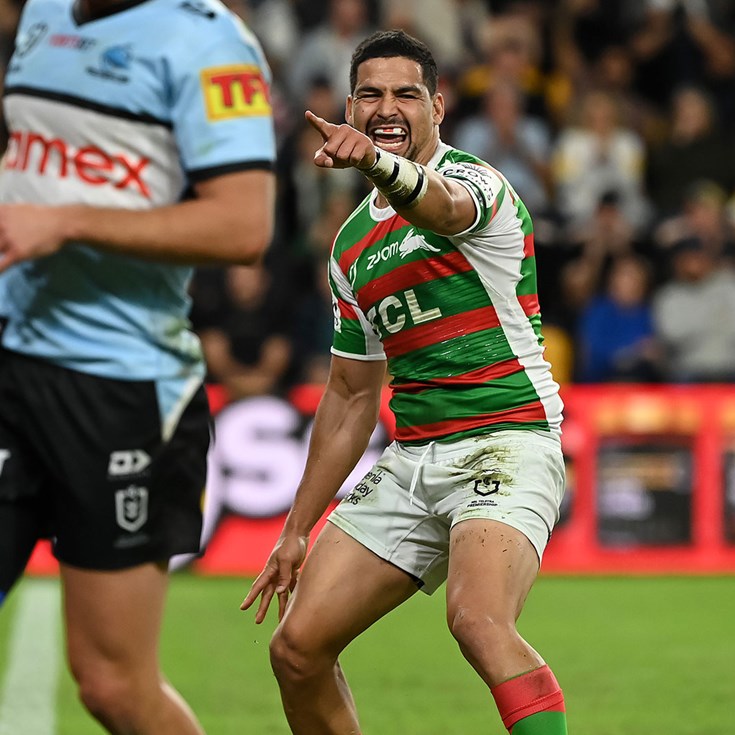