Just for fun, before the start of next season, try writing down your predicted top eight, premier and wooden-spooner. If you're anything like me, it'll give you a good old belly laugh in about August/September next year. It'll probably also make you feel really, really silly.

It's difficult to put your tips out into the world, especially because some people take a lot of offence to where you place their beloved team. I get it. Like others carried away with hype, I predicted the Raiders to win the premiership, but I went against the grain and said the Sea Eagles would get the wooden spoon – basically because everyone else tipped the Knights or the Dragons and I like to be an individual. A ridiculous individual it appears in hindsight. But one thing I did get right is that Melbourne would win the minor premiership. That's a point in my favour and I'm taking it. It was tough to predict back in February before a ball had been kicked, but now it seems pretty clear.

The Storm are going so well at the moment that I doubt they will lose another game heading towards the grand final. In the next three weeks they play the Knights, the Rabbitohs and the Raiders and if all goes to plan, the decider is only five games away – provided they win in Week One and head straight through to the preliminary.

Back in February I also foolishly named the Bulldogs in my top eight, along with the Broncos (7th), Sharks (6th), Panthers (5th), Cowboys (4th) and the Roosters (3rd). Now that I'm a few months older and wiser, it looks as though only the Roosters and the Broncos can challenge Melbourne for the title if you assume, and I think it's safe to say, that it's impossible for a team to win back-to-back premierships. The Sharks won't like to hear that, nor will their fans. But realistically, they're not playing with the same cohesiveness or fortitude that they displayed during their amazing season in 2016. I think we're starting to see just how important Michael Ennis was to that team and how much has to go right for a club to win a premiership.

Out of the contenders, nearly every club has had their injury battles this season. Melbourne are not exempt – but the Cowboys have taken the cake. They're a tough lot, and who wasn't impressed with the way that they pushed Penrith last week, but the stars have not aligned for the North Queenslanders this season. Now that the Roosters are back to full-strength and the Broncos are just cruising along, I think they'll take some stopping. Anything can happen over the next few weeks, but I do believe we'll get ourselves another grand final involving no Sydney teams – Melbourne and Brisbane.

But that's just my opinion. Take them with a grain of salt like I hope most did my terrible pre-season tips!

Check out our tips for Round 24 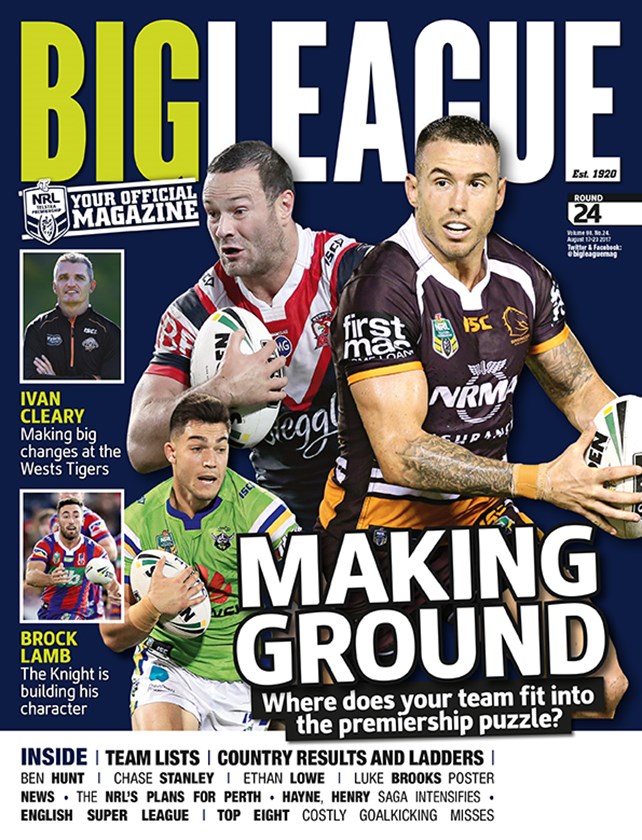