The Storm put in a wonderful display of attacking football to thump the Rabbitohs 64-6 at AAMI Park on Saturday night.

On the back of their 44-point haul against the Knights last round, the Storm wasted little time in disposing of Souths, scoring eleven tries to one.

The home side kept a sustained pace throughout the whole match and although Souths tried hard, they couldn’t match Melbourne's intensity.

Cameron Munster added the Storm's second try three minutes later after Cody Walker dropped a Cooper Cronk bomb and the Melbourne five-eighth smuggled the ball over the line for a 12-0 lead.

The visitors held on grimly for the next 20 minutes – rappelling a number of attacking raids – but Vunivalu scored his second in the 28th minute after barging over from dummy-half.

Munster supplied a fine cut-out pass for Josh Addo-Carr to cross six minutes before the break.

Skipper Cameron Smith backed up after a Rabbitohs knock on to score and the Storm were awarded a penalty try after Vunivalu was held back while attempting to pick up a Cronk grubber.

Normal service resumed straight after the resumption with Billy Slater crossing and Addo-Carr ran 90 metres in a superb solo effort. Tim Glasby – a late addition to the side – ran through some frail goal-line defence to grab a four-pointer.

If the scoreline was hard to stomach, Souths have a couple of injury concerns too. Halfback Adam Reynolds left the field early after his head collected Munster's shoulder and didn’t return. Interchange forward Kyle Turner also left for a head injury assessment mid-way through the second half.

Souths finally scored a try with Tyrell Fuimaono crossing in the 65th minute.

Harris scored from point blank range in the last 10 and Addo-Carr finished a 70m Vunivalu run for his third.

Souths captain Sam Burgess was put on report for a tackle on Felise Kaufusi. 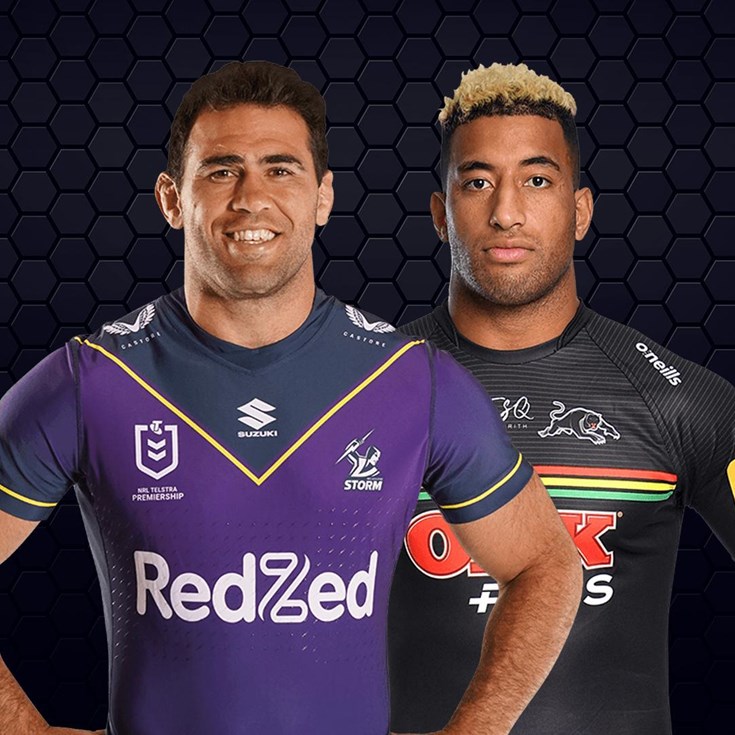