His uncompromising style of play has already drawn comparisons with former Titans great Greg Bird and 20-year-old Keegan Hipgrave has even got the moustache to match.

‌A mid-season recruit from the Brisbane Broncos, Hipgrave will make his NRL debut against the Roosters at Allianz Stadium on Saturday and bring the type of aggressive intent that Bird was so famous for during his 14-year career in the NRL.

Such is the intensity that Hipgrave plays the game he was involved in a scuffle with one of his good mates, Hayden Schwass, while playing for Tweed Heads in the Intrust Super Cup grudge match against Burleigh shortly after his move down the M1 in May.

A highly regarded middle forward who was one of the best for the Queensland under-20s prior to Origin I this year, Hipgrave promises to bring an element to the Titans pack that has been largely missing all season and reminds injured captain Ryan James of someone in particular.

"Keegan Hipgrave's a Greg Bird mould and can probably bring that spark to the team if he is able to get a shot," James said.

"Someone like him who has that natural aggression in him is going to be good to add to the team for the future."

Incredibly, Higrave will become the 17th player to have played their first game for the Titans and the ninth to have made their NRL debuts this year but ironically his connection to the history of the club goes back further than almost any other member of the playing group.

Growing up on the Gold Coast as a Nerang Roosters junior, Hipgrave became good friends with Jed Cartwright, the son of inaugural coach John Cartwright, the pair serving as Titans ball boys in the club's formative years.

"When they first came in in 2007 when 'Carty' was coaching I was really good friends with Jed Cartwright so we would be the ball boys down at the games and kick the footy down there," Hipgrave told NRL.com.

"It was really cool when the Titans first came because as a local team we got to go down and watch a bit more footy with our parents and some mates as well.

"Being from here originally I love the Coast and I always thought that post football, after the Broncos, the plan was to always come back to the Gold Coast and have a family here because I've got a lot of friends and all my family are here as well.

"When the opportunity arose to come home I jumped at it."

Signed to the Broncos ' junior development program at just 13 years of age, Hipgrave progressed through the age groups until making his debut in the under-20s in 2015, playing 34 Holden Cup matches for the club before switching to the Titans in May this year.

The three-game suspension of Jarrod Wallace has effectively opened the door for Hipgrave to realise his NRL dream this weekend and as someone who has charted his rise from a young age, Wallace predicts it will be the first of many.

"He's a real team player and always puts in 100 per cent on the field," said Wallace, another Gold Coast product who came through with the Broncos. "He's aggressive and got a good engine.

"I watched him when he was playing 13s and 14s at Nerang back in the day when I was still at the Titans.

"He was a massive kid, I don't think he's grown since he was 14. He's been about the same size that he is now.

"He was always a standout and he's a real asset to the club.

"I know he'll get his chance and when he does I reckon he'll stay in the NRL for a long time."

As for what is sure to become his trademark moustache, Hipgrave said its origins go back to some family influences and that its future on top of his lip is guaranteed.

"It's never going to leave," he said.

"I've been growing the 'mo' since even before I had facial hair. My dad used to joke around saying it was a cricket side, 11 [hairs] a side because I had hardly anything but I've just got to stay consistent with it.

"My dad had one and my godfather's got one so all my big influences had one. 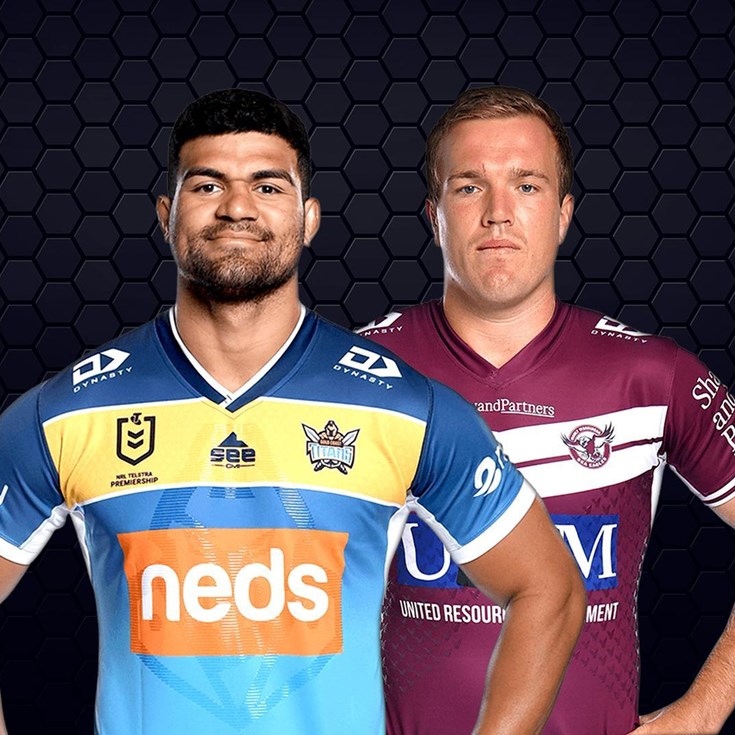