A thrilling 26-20 win by Canterbury has officially ended St George Illawarra's 2017 season, consigning Paul McGregor's men to a ninth-place finish and in the process giving the eighth-placed Cowboys an early Christmas present.

The Cowboys will now travel to Sydney for an elimination final against the Sharks while the Dragons will join the Bulldogs among the eight teams celebrating Mad Monday to start September.

The win was built on a pair of stunning performances from fullback Will Hopoate and hooker Michael Lichaa, who between them scored or helped set up all five of Canterbury's tries while Hopoate also produced one of the try-saves of the season on Josh Dugan at a critical stage in the second half.

For the Dragons, who were ensconced in the NRL top four for most of the first half of the season and led this game by six points with 15 minutes to go with a finals berth begging, it was a season of so close but so far.

‌Things started poorly for the red and whites, who were largely out-enthused right from the start by a Canterbury side with nothing to play for in terms of finals hopes but desperate to send a few departing stars out on a winning notes.

One of those stars, favourite son Josh Reynolds, opened the scoring after some spark out of dummy-half from Michael Lichaa created the space for Brenko Lee to stab a deft grubber in behind the Dragons line where Reynolds chased through to pounce. Unfortunately Reynolds' final game in blue and white ended shortly after courtesy of an ankle injury that forced him from the field.

It was 6-all Gareth Widdop batted back a bomb to Tariq Sims who laid on the four-pointer for Joel Thompson in 14th minute.

Will Hopoate started and finished a lovely try in the 29th minute, sending a nice pass out for a Josh Morris tap-on and Chase Stanley line break with Hopoate supporting to score. The Dogs threatened to run away with it when Hopoate, on the right flank this time, produced a terrific catch-and-pass to send Marcelo Montoya over but a second missed conversion from Moses Mbye kept it at 14-6.

Jason Nightingale's determined try in the shadows of half-time allowed the Dragons to go into the sheds with some hope at 14-12.

They finally claimed the lead for the first time in the 53rd minute when fullback Matt Dufty profited from a sharp Widdop pass to Tim Lafai with the centre producing a strong run and pass to send the No.1 over.

A penalty goal made it a six-point margin with around 15 to play but the Dogs' two key men – Lichaa and Hopoate – quickly had a say about that.

A Lichaa dart from dummy-half and a pass to Mbye saw the half send a supporting Hopoate into a gap; Hopoate's stunning late offload near the line allowed Aiden Tolman the simplest of finishes and tied things up at 20-all.

The Dogs continued to press the Dragons line and when a terrible offload from Tim Lafai inside his own red zone ended up with the Dogs the warning signs were there for St George Illawarra. They cracked quickly, with Lichaa opportunistically shooting from dummy half to plant the ball under the posts.

The Dragons had a few late chances via a pair of line breaks to Nightingale but a lack of execution and some good scrambling Canterbury defence saw their frantic late challenge fall short and end their season. 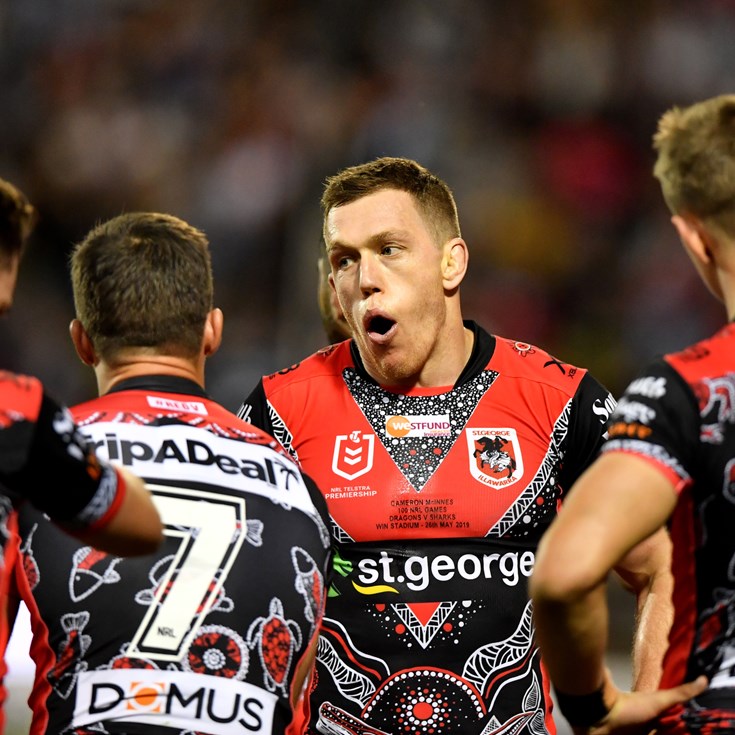