Cronulla Sharks five-eighth James Maloney has joked he is linked to every club in the NRL as speculation continues about his future beyond the 2017 season.

Maloney is contracted with Cronulla until the end of 2018 but rumours the 31-year-old would be released to chase a longer-term deal at a rival club have been hosed down as paper talk.

The Australian international spoke to the media on Wednesday and was left bemused at the latest club he'd been linked with – Penrith.

With news on Monday Panthers skipper Matt Moylan was taking time away from the game for personal issues, Maloney was suddenly rumoured to be an option for the club.

"I know where I'm at and that's Cronulla at the moment. I don't read into too much of it, the whole year I get linked to nearly every club.

"A bit like everything else there has been things said but I haven't spoken to anyone so I don't know.

"I'm plugging away here getting ready for finals footy. It is what it is but it doesn't affect me, we'll wait and see what happens."

Maloney preferred to talk about Cronulla's preparation as they aim to become the first club to win back-to-back premierships since Brisbane in the 1990s.

The Sharks have an eye on making further history if they are to win their way to the grand final from fifth position on the ladder.

"It's the footy you play all year to be a part of and I think we're in as good a position as we need to be," Maloney said.

"We're looking down the barrel of a month of tough footy, but as a side we're physically where we need to be.

"Everyone is reasonably healthy as a squad and ready to go."

Sharks centre Jack Bird trained comfortably on Wednesday and is expected to make a return to the side after missing four games with a shoulder injury.

Maloney expected his teammate to rise to the occasion despite having no game time in over a month.

"He looked good at training today so we're confident, it's nice to have him back and adds a lot to this side," Maloney said of Bird.

"We don't need him to do anything other than his job.

"He's had some time off so body-wise he's fresh and that's the key for us."

‌Cronulla meet North Queensland for the fourth time in the NRL finals on Sunday afternoon and are set to add another chapter to a bitter rivalry.

Despite missing Johnathan Thurston in the sudden-death clash, the Cowboys' halves pairing of Michael Morgan and Te Maire Martin have shown there is life after the future immortal.

"There's a lot of strike there," Maloney said of the Cowboys.

"They're a quality side with plenty of ability in there and they finish where they did because they had a good season.

"They're no mugs and have got a talented playing roster."

The task of stopping the other 'JT' in Jason Taumalolo is key for Cronulla this week.

"As a middle collectively we're going to be good against a bloke like that," Maloney said.

"He's the key and they play a lot of footy off the back of his carries."

The former Rooster is adamant plenty of improvement is left in the Sharks, after skipper Paul Gallen admitted their attack isn't as potent as it was last season.

Maloney believes finals football will bring the best out of the side.

"At stages throughout the year we've had times where we've played good footy but then we've dropped into periods where we've faded away," he said.

"We're in a good position and in control of where we go from here." 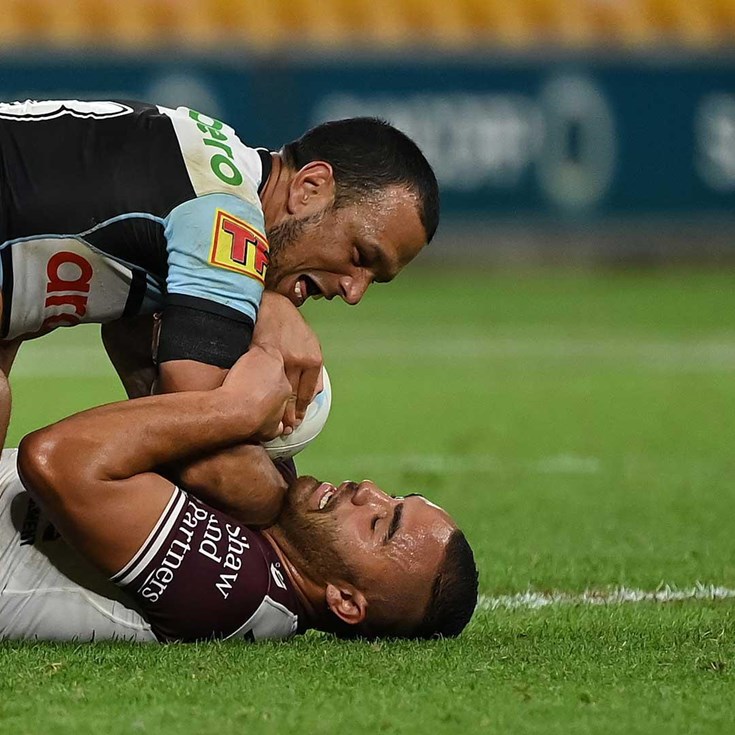