The Roosters have booked a spot in the preliminary final after Latrell Mitchell crossed late to steal a 24-22 win after Broncos winger Corey Oates scored one of the most bizarre tries of the season moments earlier.

You can take me now, I've seen it all

Even the greatest scriptwriters couldn't have plotted it. With the game in the balance, and the Broncos down by two, veteran halfback Benji Marshall put in a raking kick that looked destined to earn his side a crucial 40/20. Instead, Roosters winger Blake Ferguson sprinted across and did brilliantly well to bat the ball back infield. The only problem was that it went straight to Brisbane winger Corey Oates who couldn't believe his luck as he scooped up the loose ball to give his side the lead. It brought back memories of Shaun Kenny-Dowall's intercepted pass in the opening minute of the 2015 preliminary final against the Broncos or when Benji Marshall gladly accepted an ill-conceived pass from Billy Slater to seal World Cup victory for the Kiwis. It looked to have been the decisive play on Friday night until…

Just when it looked like the Broncos had stolen the unwinnable, Roosters centre Latrell Mitchell showed why he is regarded as one of the most exciting youngsters in the game with a solo try that few players could have pulled off. It was back in Round 6 that Mitchell was schooled by Broncos centre James Roberts, with the youngster forced to spend the next few weeks in reserve grade after a horror defensive showing at Suncorp Stadium that saw him hooked with 10 minutes left. This time, with the clock winding down, it was Mitchell's turn to prove himself and he did it in style, fending away from Roberts en route to the line to score what turned out to be the match-winning try. It was a huge moment in his burgeoning career and one that Roosters fans will never forget as their side showed why they are the kings of the close finish with their 12th win by six points or less in 2017.

Fullback switch fools us all

From the moment Darius Boyd limped off 1300SMILES Stadium with a hamstring injury, the question on everyone's lips was who would replace him at the back. We were led to believe Kodi Nikorima would step into the unfamiliar position, but it turns out we can't always trust Wayne Bennett and his mid-week team lists. An hour before kick-off we were told that Jordan Kahu would line up at fullback, but from the opening whistle it was clear that wouldn't be the case with David Mead slotting into the custodian role. The veteran outside back had one good carry that saw him bowl over Luke Keary but the experiment lasted just 20 minutes with Nikorima brought on to replace the former Titan. Nikorima played a key role in Corey Oates's second-half try but it was clear that the Broncos missed Boyd in defence and attack and they need him if they want to do any damage in this finals series.

They finished the regular season with the fourth-best defence in the NRL but you wouldn't have known after Brisbane's usually-reliable ruck control went missing against a Roosters side that wasn't afraid to move the ball around in the first half.  Adam Blair might have produced a sensational tackle to deny Isaac Liu in the 10th minute but the stand-in skipper was one of the worst offenders, missing four tackles in the opening 25 minutes including one feeble attempt that allowed Boyd Cordner to stroll through virtually untouched. It was a different story for the Roosters whose famed 'Bondi Wall' was on full show when Blake Ferguson and Michael Gordon somehow held Alex Glenn up when the back-rower looked certain to score late in the first half.

Execution still an issue for the Roosters

It's been an area of their game that has concerned Roosters coach Trent Robinson in recent weeks and his side's inability to convert opportunities into points reared its head again in what should have been a lopsided first stanza. The Tricolours made six line breaks and enjoyed most of the territory in the opening half an hour, but as well as they played their dominance didn't translate to the scoreboard. While an eight-point half-time lead against the Broncos is usually reason to celebrate, the Roosters could have easily scored at least three more tries with Luke Keary unable to link up with support after a break, Mitchell Pearce kicked it dead when he should have passed and Blake Ferguson only had to scoop up a loose ball to score. It didn't hurt them in the end but they'll want to address it before the preliminary final. 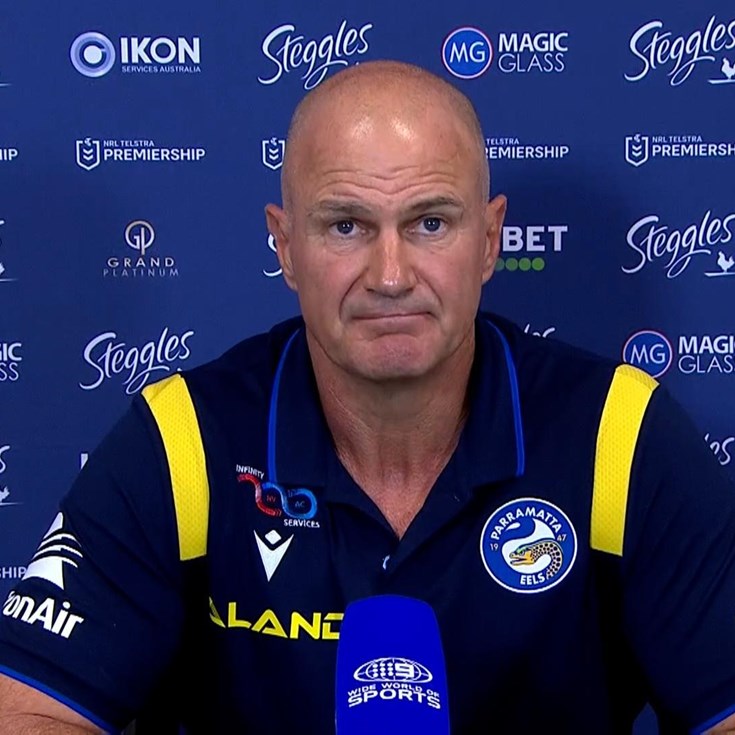