It hasn't been the most straightforward path but Sharks back-rower Wade Graham is on the verge of making his Kangaroos debut after he was selected in Mal Meninga's Australian squad for the upcoming World Cup.

After making his NRL debut as a high school student for the Panthers, Graham made the move to Cronulla in 2011 where he went from a stylish playmaker to a damaging edge forward in the space of two seasons.

His 10-year career has had its ups and downs – he was suspended in 2014 by ASADA and he missed out on a State of Origin debut last season due to a high tackle charge – but life has only gotten better since then.

The 26-year-old eventually made his NSW Blues debut in Game Three, 2016, and then played a key role as the Sharks claimed their maiden premiership with a thrilling win over the Storm.

Touted as one of the game's best back-rowers given his aggression and ability to ball-play, Graham is looking forward to making his debut in the green and gold jersey when the World Cup kicks off on October 27.

"It's the pinnacle in our game to represent your country; not just in rugby league but in any sport. It's the highest honour you can get and I'm still pinching myself that I'm here," Graham said.

"In two, three or four weeks I'm going to hopefully run out there and represent my country.

"It certainly hasn't been the straightest route for where we are today, but that's just the way it is. That's been my journey and it's been my story, and being here now and being able to get selected in a team like this and hopefully soon going out to represent my country is certainly very special. It's not something I take for granted."

Having played against most of them in last year's grand final as well as at Origin level, Graham is looking forward to calling the likes of Billy Slater, Cooper Cronk and Cameron Smith teammates for the next few weeks.

He hopes to learn as much as possible from the Storm's 'Big Three' as well as injured Cowboys halfback Johnathan Thurston who is expected to support the squad as he did with North Queensland during the finals series.

"If you can pick one thing from those players, you're going to be a better player and a better person for it. I'm definitely going to have the notebook out until Christmas.

"We have arguably the three or four best players in the world [in this squad] and obviously JT isn't here but he'd be in that group, so you'd be silly if you didn't listen and learn as much as you can.

"They're a wealth of knowledge and a wealth of talent in rugby league, so it'll definitely be a goal of mine to make sure I'm listening and learning and hopefully become a better player for it." 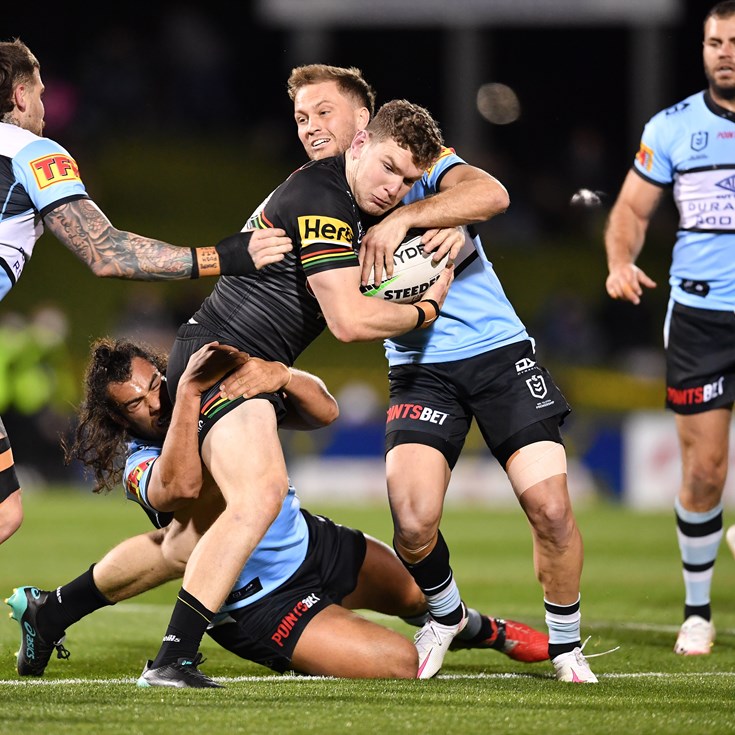