Garth Brennan's elevation into the NRL coaching ranks is expected to be announced on Thursday and one former Titan believes he is the man to set the club back on the path to success.

The Titans sacked Neil Henry with two games remaining in the 2017 season and after an exhaustive process complicated by the NRL's ongoing search for new owners of the club, they finally appear set to name Brennan as the third head coach heading into their 12th season in the Telstra Premiership.

Lacking the public profile of other candidates reportedly in the mix such as Michael Maguire, Laurie Daley and Kevin Walters, Brennan's coaching apprenticeship cannot be questioned having first taken the Knights under-20s to the finals and then winning three titles with the Panthers under-20s and NSW Cup teams in the space of five seasons.

Earlier this month his Panthers did a demolition job on the PNG Hunters in the Intrust Super State Championship on grand final day and now after a decade in the lower grades he is about to get his chance at the highest level.

‌
Former Titan Ryan Simpkins was a member of Penrith's successful NSW Cup team under Brennan in 2014 and has no doubt he is the style of coach that can bring the current Titans roster together.

"I rate him really highly," Simpkins told NRL.com, having spent three years at Penrith during Brennan's tenure at the club.

"I honestly think if they give Garth the right sort of support and they stick by him I think it could be a real defining moment for the club.

"He was who I thought they should have been chasing from the start.

"I think he can get a winning culture going at the club but we'll just have to wait and see."

If Brennan, untried at NRL level, is to take control of the Titans a large part of the early scrutiny will focus on how he handles big personalities such as superstar fullback Jarryd Hayne.

Given Hayne's involvement with the Fiji team in the Rugby League World Cup he won't begin training with the new Titans coach until the new year but Simpkins is adamant that Brennan has the right nature to bring the best out in all players.

"Out of all the coaches I've had since I've been playing professionally he seems to be easiest to get along with and be able to relate to away from football," said Simpkins, who was kept to just 23 games across three seasons for the Titans due to injury.

"You can speak to him like he's a mate. I found with a lot of the coaches they tend to try and distance themselves a bit and have been hard to develop that relationship with.

"His big thing is that he wants players who their teammates want to play with and as a coach he's similar in that way. He's the type of coach that players want to play for.

"He has that persona of getting along well with players but he's strict enough that the players know they're not running the show and can't slack off.

"He demands that you train well. If you're not turning up to training and not putting in and dropping balls, he'll let you know about it and put a rocket up you and make sure you do better.

"He's also very good at getting players up for games because he is quite passionate when he talks and brings that bit of emotion into it which I think you need to bring out aggression and enthusiasm which is a big factor in being able to perform at your best every week.

"I think he'll be good because he's got those two sides to him. He can switch to being one of the guys but when it's time to train he's as good as any of them that I've played under."

Tyrone Roberts leaves for Warrington
Titans to play in Toowoomba, Gladstone
Titans in limbo with coach, ownership process
What your team needs in 2018: Part 1 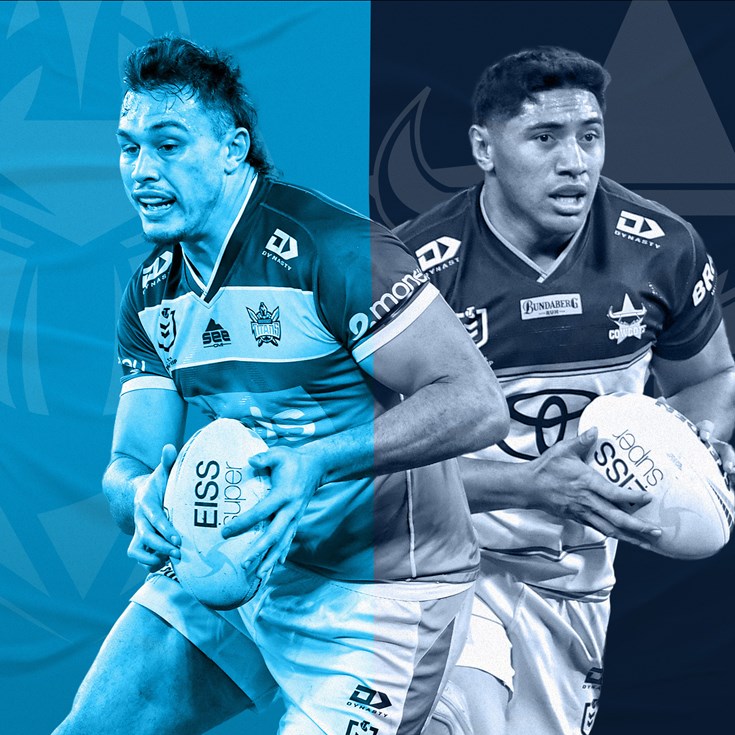 Presented By Sportsbet 5 hours ago
03:38