Brisbane Broncos captain Darius Boyd has conceded that he may never have another opportunity to represent Australia at a World Cup after withdrawing from the 2017 edition earlier this month.

With the Rugby League World Cup set to kick-off on Friday night, Boyd will be watching from his home in Brisbane wishing he could be out there with his Kangaroos teammates as they take on England in Melbourne.

The 30-year-old was originally selected in Australian coach Mal Meninga's squad, and he was all but certain to line up in the Kangaroos' 17 at same stage during the campaign.

But rugby league can be cruel, with Boyd's troublesome hamstring pulling up lame early in the Kangaroos' tournament preparation – forcing him to give up his position in the squad.

With the next World Cup to be staged in England in 2021, the chances of Boyd playing are slim.

He will be 34 and at the end of the four-year contract he recently signed with the Broncos, with retirement sure to be in the back of his mind.

But there is still a lot of water to go under the bridge before that comes around, and Boyd believes his absence from this year's World Cup will pay dividends in the long run.

"It's tough missing the World Cup. I went down for the medical and it just wasn't meant to be. It probably would have been my last World Cup because I'm not getting any younger," Boyd said.

"It's very hard to give up that opportunity, but I think it might turn out to be a blessing in disguise for my footballing career in the long term and my career at the Broncos.

"The hamstring is feeling good. I have up to December or even January off running and that's something I haven't had since I became a professional footballer."

Ultimately, Boyd has decided to put his club career over his representative career, playing it safe to ensure his fitness for the 2018 NRL Telstra Premiership season.

It is this dedication to Brisbane that earnt him the captaincy in 2017, as well as a securing a deal at the club that will see him remain at the Broncos in an off-field community role when his playing career finishes.

Brisbane CEO Paul White spoke proudly of Boyd's loyalty, saying that the star fullback could have attracted more money on the open market, but instead decided to stay at the Broncos.

"We gave Darius the best deal possible but there is no doubt that if he did put himself into the open market then he could have done a bit better [money wise]," White said.

"We like to think that Darius re-signing with the club and our commitment to him both during his playing career and into his future [is worth more than money].

"You've seen that through other players at our club in recent years. That's what we want our club to stand for. Players know if they commit to us long term then there is a future here beyond their playing days." 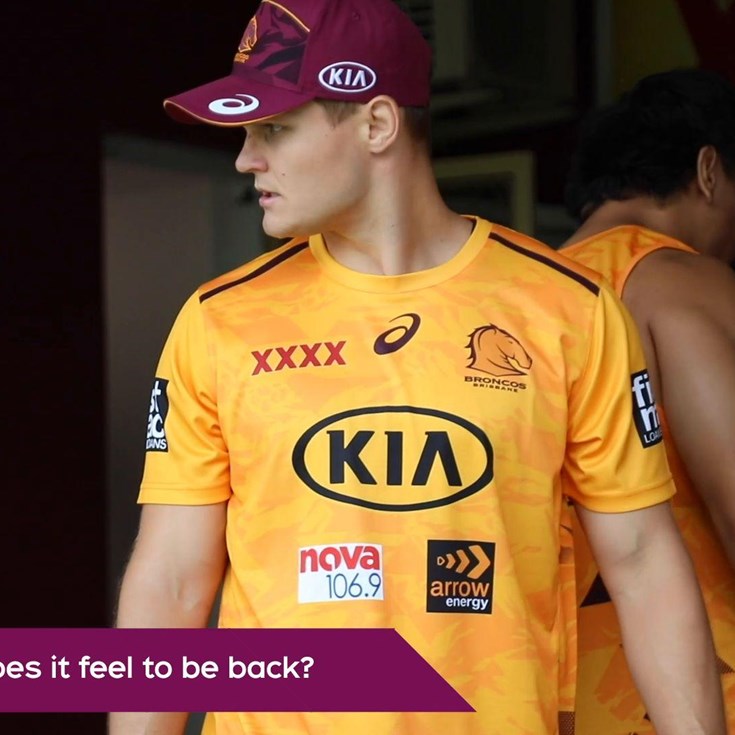 Copley returns to the Broncos