The 2017 NRL Telstra Premiership season was one of the toughest ever, and we've picked out five plays that display Mazda BT50 tough efforts from players and teams.

Semi scores four against Broncos – Round 25

The Brisbane Broncos are usually a force to be reckoned with – especially at their home ground Suncorp Stadium. But the Brisbane crowd was silenced in Round 25 with the Eels running in four tries, including a Semi Radradra hat-trick, within the first 20 minutes of the match. Radradra showed speed, skill and toughness to score his hat-trick, but arguably saved his best for last, scoring a fourth try in the 44th minute. Receiving the ball one off the ruck just one metre out from his own tryline, Radradra first beat an attempted tackle from Broncos centre James Roberts, before also brushing off Ben Hunt. He then outpaced a chasing Matt Gillett before going through a David Mead turnstile. The big Semi then strolled the length of the field to score adjacent to the posts.

It was a golden point thriller in the nation's capital in Round 19, with Raiders halfback Aidan Sezer kicking an amazingly tough 40/20 touch-finder to set up the winning try in extra time against the Dragons. The Raiders came from behind thanks to a Sezer intercept try, only to see a Gareth Widdop penalty goal level the scores at 14-14 with nine minutes to play. Extra time ensued, with Sezer kicking a massive 40/20 that crossed the touch line closer to the Dragons 10m line. From the following set of six, big Dave Taylor took the ball one off the ruck and dragged three Dragons defenders towards the tryline before managing to offload to Elliott Whitehead who scored next to the posts.

The Rabbitohs roared into life against a Titans outfit decimated by injury and Origin selection in Round 15. Few could have expected however the impact Angus Crichton would have on the contest, showing impressive determination to score his third try of the night with a stunning solo run late on.

There are not many more fearsome sights in rugby league than a rampaging Andrew Fifita charging through the middle of the field. That's what happened to the North Queensland Cowboys in the 62nd minute of their visit to Southern Cross Group Stadium in Round 11. Fifita took a regulation hit-up 40 metres out from the Cowboys' line before knocking over defenders like skittles, including fellow big man Jason Taumalolo. Fifita then provided a one-handed offload to Chad Townsend, who was trailing through in support as all good halfbacks should.

Without the likes of Gareth Widdop, Josh Dugan and Euan Aitken, the Dragons backs were expected to struggle against the Warriors in Waikato. But they instead turned on an attacking masterclass with their opening try starting 25 metres out from their own line before going through four different sets of hands, and one player handling twice. Right winger Nene Macdonald started it with a run from dummy-half, and several offloads and tackle breaks later, left winger Kalifa Faifai Loa was the beneficiary.  Roll the video tape to see one of the toughest NRL tries of the year. 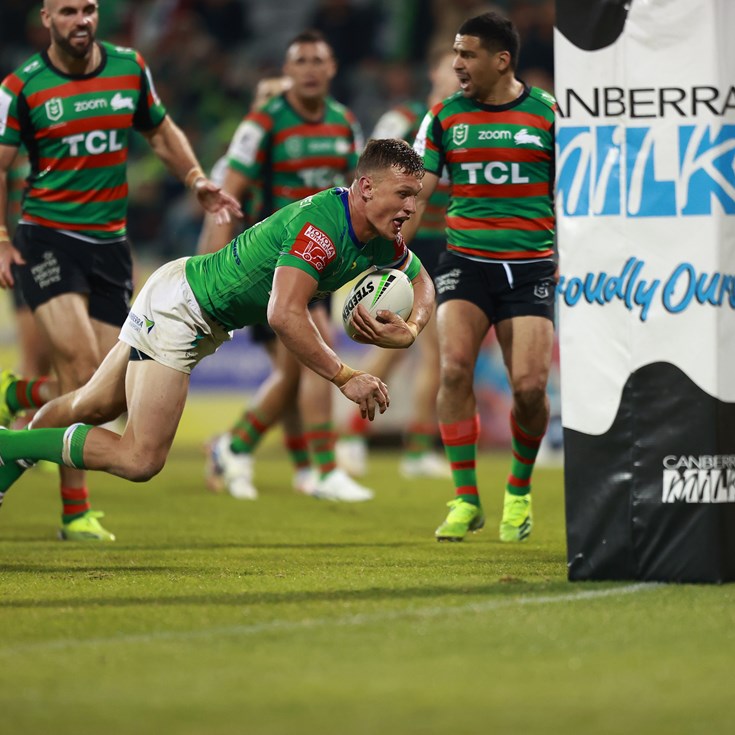