Kangaroos half Michael Morgan is open to a full-time move to halfback, saying that he would love to take over from Cooper Cronk as Australia's long-term No.7.

Morgan's comments come after Cronk announced his retirement from representative football on Saturday night, going out a deserved winner as the Kangaroos' claimed a 6-0 World Cup final win over England.

His departure from the international game leaves a gaping hole in Australia's line-up, with 75 Tests of experience vanishing from the Kangaroos' halves in the space of 12 months due to Cronk and Johnathan Thurston hanging up their representative boots.

Both will still be running around in the NRL in 2018, with Thurston returning to the North Queensland Cowboys after missing the majority of this year with a shoulder injury.

His return to halfback for North Queensland will push Morgan back to five-eighth, with Morgan admitting that this may do his chances of taking over from Cronk some harm.

But he is still hopeful that he can do the job as Kangaroos halfback down the track, with his success in the halves during this year's World Cup giving him a huge confidence boost.

"A move to halfback would be something I'd be open to, but it would depend on what I'd be playing at the Cowboys. With 'Johno' coming back he's going to be wearing the number seven again," Morgan said.

"Down the track I'd love to have a go at it and take on the challenge.

"I've enjoyed it through the World Cup. I knew coming in that there was a big hole to fill with 'Johno' missing, especially being the player he'd been in the green and gold jersey for so long.

"I knew that was there and that bit of expectation there to do a good job in his jersey so I'm glad we finished the way we did."

There is no doubt that Morgan stood up in Thurston's absence, with his performances catching the eye of Cronk.

So much so that Cronk endorsed Morgan as the next Australian halfback during his retirement speech, praising the 25-year-old's composure and willingness to learn.

And learn he has, with Morgan taking every opportunity to listen and observe one of the game's great halfbacks over the past six weeks of Kangaroos camp.

It is something Morgan will be forever grateful for, with Cronk leaving a lasting legacy.

"It is good to know I've learnt all I could off him. 'Coops' has been really good for me throughout the World Cup," Morgan said. 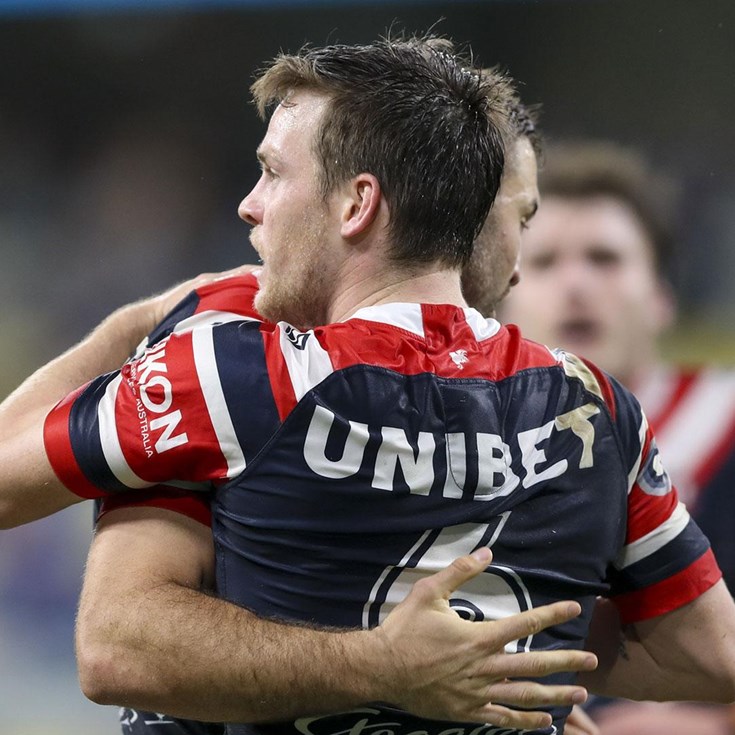