James Graham arrives at the Dragons

Five members of Australia's winning World Cup squad have turned out at training for their new clubs following the Christmas break in the biggest representative player shake-up in NRL history.

A record 29 per cent of the Kangaroos squad has moved to a rival Telstra Premiership side in 2018, headlined by Cooper Cronk's defection to the Sydney Roosters.

Cronk was first to hit the paddock for his new club on Friday as he looks to build a combination with Luke Keary in the halves. The Tricolours' first trial against the Penrith Panthers take place on February 17.

New Panthers playmaker James Maloney was spared the record-breaking heat in Sydney's west 24 hours earlier but was put through his paces early on Monday morning with a tough session alongside Kangaroos teammates Josh Mansour and Reagan Campbell-Gillard in their return to club colours.

Incoming Canterbury-Bankstown Bulldogs prop Aaron Woods looked almost unrecognisable decked out in blue and white as he joined the Belmore-based club for training after seven seasons at the Wests Tigers.

In Wollongong, former Brisbane Broncos halfback Ben Hunt and English prop James Graham kick-started their new chapters with the St George Illawarra Dragons on Monday as the club searches for a more balanced outfit in 2018.

Cronulla Sharks welcomed Kangaroos centre Josh Dugan to the training paddock for the first time after he departed the Red V at the end of the 2017 season.

Meanwhile, North Queensland Cowboys addition Jordan McLean and South Sydney Rabbitohs centre Dane Gagai are set to join their respective clubs on the training field over the next week. 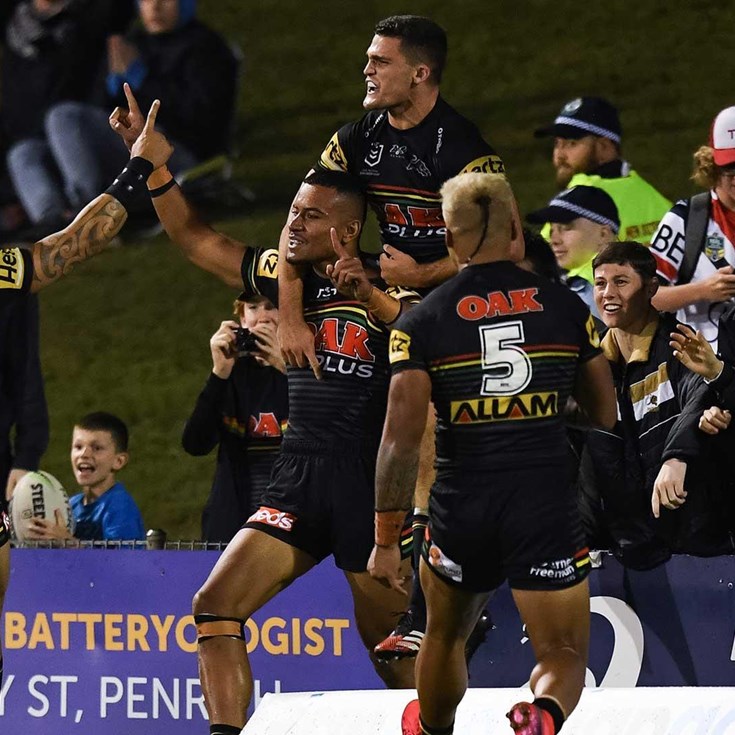