Hurrell back on deck for Titans

The 26-year-old centre's work ethic over the holiday period has impressed coach Garth Brennan and is a sign of his maturity and development.

The former New Zealand Warrior admitted to NRL.com he once took his career for granted, but not anymore.

That he took on the 100-plus stairs up the hill near Currumbin Beach in the off-season is proof he is keen to leave no stone unturned in his quest to play more games in the regular Telstra Premiership season than he has in recent years.

''I went and spent Christmas with my parents and did some running up the hills of Auckland and then came back to the Gold Coast early and hit the stairs at Currumbin just to keep the fitness up,” Hurrell said.

''The boys have already done a lot of hard work and I didn't want to come back and fall way behind.

''I am 110 kilos now and I usually play at 108 so I've come in sweet. I've got another six weeks to go before the trials and those two kgs will be off by then.

''I am making the off-season and the pre-season a real priority now because I understand what it means and how important it is.

''In the past I had a lack of knowledge, and discipline as well, but I feel like I am on the right path now.

''I always wanted to play professional footy as a young kid and then when I made it I relaxed after making my dream come true. Now I am trying to improve each year and I’m not taking it for granted.''

Those words will be music to the ears of Brennan who had already noted Hurrell's commitment since his return.

''Koni has come back in really good shape after doing those stairs and hills by himself in the break and that is really exciting for us,'' Brennan said.

''He did so much that he even aggravated a bit of a calf muscle [injury], although nothing serious.

''But it is great that he has been doing the work and ticking himself over to come back in such good shape.

''He did extras at training [on Tuesday] by his own choice and is working his butt off.

''Some guys return from their break and they are at the back of the field when we do our runs but he is not like that. He’s been willing to rip on and have a real crack.''

Brennan said having the colourful and popular character back on deck had put ''a real spring in everyone's step'', while adding that he was one player he was looking forward to coaching.

''I have been a Konrad Hurrell fan ever since he destroyed my Newcastle under 20s team in a semi-final when he was playing for the Warriors, so I am just happy he is on my side for a change rather than terrorising the sides I have been coaching,'' Brennan said.

''He is one of the players I am very excited about having in my team. He is a big part of it. He is  likeable and a big personality. Fans love him. Players love him and he is a handful.

''He has got a bit of work to do defensively and we will keep working with him on that. Hopefully I have devised a few structures that will help Koni in defence, but keeping him on the park will be a big priority for us this year.''

Hurrell said Tonga's stellar World Cup campaign had taught him about key building blocks to success which could also assist the Titans in the year ahead.

''I learned a lot with Tonga about what you can achieve when everyone works together, not just when we trained but off the field as well,'' Hurrell said.

''No-one was relying on someone else to do the job. Everyone did the one percenters and chipped in for each other.

''You can achieve so much when everyone trusts each other and that is what I see at the Titans as well.

''Going into pre-season it is good to see all the smiley faces. The boys and the coaches are happy and that is because everyone is putting in that hard work.

''I am enjoying being back and joining in. I noticed as soon as I came back that all the older players are looking after the younger fellas and the young guys want to learn from the older boys.

''We didn’t have a good season last year for the fans and members of the club. We have new signings and a new coach and if we work hard hopefully we can have a good run this year.'' 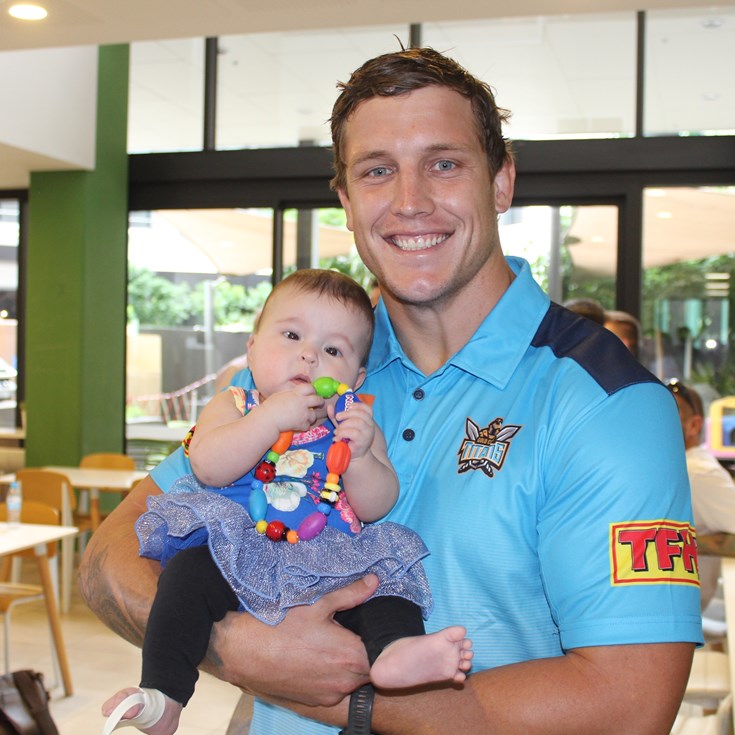