Graham impressed with Moylan and Dugan

It was a combination that helped win a premiership but now Wade Graham is having to start all over again on the Cronulla Sharks' left edge.

James Maloney and Graham played 45 games together over two seasons linking down that side so strongly in 2016 and 2017.

Now in comes Matt Moylan and Graham has every intention of cementing a Maloney-like relationship with the Sharks' new No.6.

"It's just practice and repetition, like anything," Graham told NRL.com on the best way to bring each other up to speed.

They most recently played together for NSW in Origin 2016 but Moylan was five-eighth on the Blues' right edge. So the pair are having to dig a little further back into their past.

"Fortunately for us we had a previous relationship out at Penrith," Graham said. "It always makes it easier when you know someone.

"But we've got a lot of hard work ahead of each other. The main thing is to keep talking, working on that communication as we're playing.

A third party in the 'getting to know you better' project is new assistant NRL coach Jim Dymock, who has rejoined the Sharks after time with the Canterbury-Bankstown Bulldogs under Des Hasler. Dymock formerly worked at Cronulla with coach Ricky Stuart.

"We've got Jimmy in here now so we've got a lot of D (defence) stuff to get through as Jimmy expects a lot from us. The only way is to practise it and never stop repeating that," Graham said.

"Me and Matty won't be firing at 100 per cent on all cylinders (by Round 1) but we'll be working hard to get the results while still improving.

"And we have to bring (left centre) Ricky Leutele into all that as well as he's an important part of getting that left edge spot on."

However, Graham freely admits he's going to miss the mischievous face of Maloney on his inside.

"We did create a pretty special relationship winning a premiership together (in 2016). That makes it a special bond so it's tough to see it broken," he said.

"Rugby league is one big family. The majority of players these days know each other. If you don't know someone then there will be someone you do know who knows them. We look after each other and all get along.

"Just because Jimmy doesn't play for us any more doesn't mean I won't be friends with him any more.

"We wish him all the best at Penrith. He's going to have a great year – Jimmy always has a big influence on the games and the teams he's in." 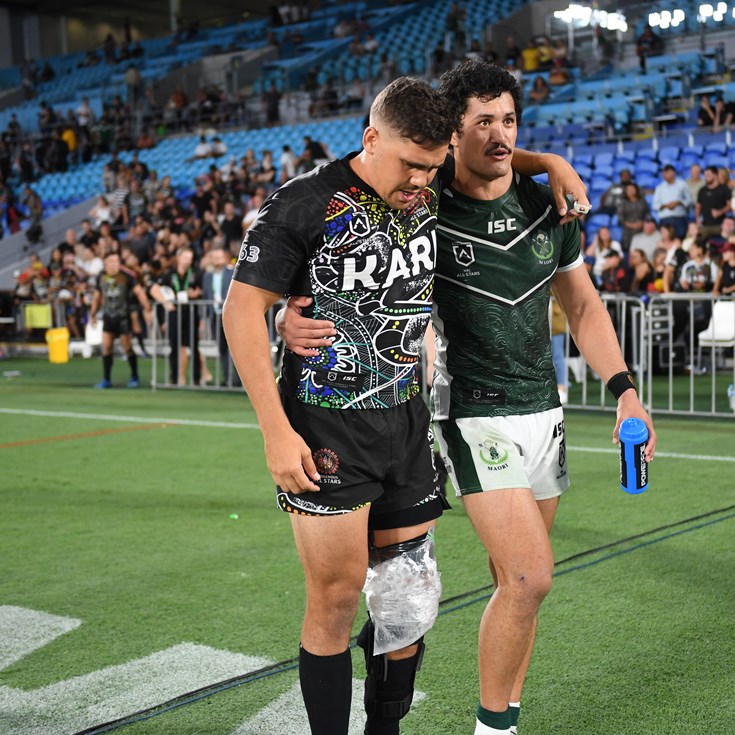