Hodgson back running after ACL injury

Raiders forward Dunamis Lui has recovered from the knee injury that ended his 2017 season and says he is available for selection for the club's only pre-season trial next weekend.

Lui's 2017 campaign came to a shuddering halt when he tore his ACL during a heart-breaking golden point loss to the Manly Warringah Sea Eagles in round 13.

Since then his family have provided him with a source of strength away from the rehab room as he again fought back from a serious injury, having already gone under the knife for an Achilles injury in 2016.

The 27-year-old said one of the toughest off-seasons in his career was made easier by those close to him.

"Going home and seeing them was a big help to take my mind off thinking about my knee. I'd play with my daughter, she's climbing all of over me, so I didn't have time to think about my knee," Lui said.

"Even now when I get home and I'm wrecked from training and you walk through that door and the first thing you hear is 'Daddy' and you've got another job to do."

I'll be working my butt off to get into that top 17 for round one.

Lui is no stranger to injuries during his 88-game NRL career, and realised he had another long road ahead of him while sitting in the change rooms following the Manly game.

"I knew straight away as soon as I did it. You can't really tell during the game but I sat there for a bit and had all of the boys screaming at me to get up," Lui said.

"The first couple of weeks I was bit quiet and I stuck really close to family and it wasn't until after my operation and I started to come in and see the boys I started to feel better after that."

Lui is confident of getting some game time next week when the Raiders play their only pre-season trial of the year against the Canterbury Bulldogs on the Sunshine Coast - 258 days after his season-ending injury.

"I can't wait, it's been a long road, rehab has been pretty tough," Lui said.

"I'll be a chance for round one, it's just about me having confidence and being ready to play, but I'll be working my butt off to get into that top 17 for round one.

"I've been pushing it (at training). A couple of weeks ago I was three weeks ahead of my rehab, I have steadied down a bit now the surgeon has cleared me to play, now I'm just trying to work on my confidence."

Lui was a solid addition for the Raiders off the bench last year, averaging 17 tackles and 8.7 meters per run in 23 minutes of work.

However he understands he will have to impress coach Ricky Stuart to again assure himself of a spot in the top 17 this season.

"Hopefully from round one I will be right to go, but it's going to be a lot tougher this year with a few more boys coming in," he said.

"It's been really good at training there's a lot more competition for spots, but I'll be working my butt off to get to round one." 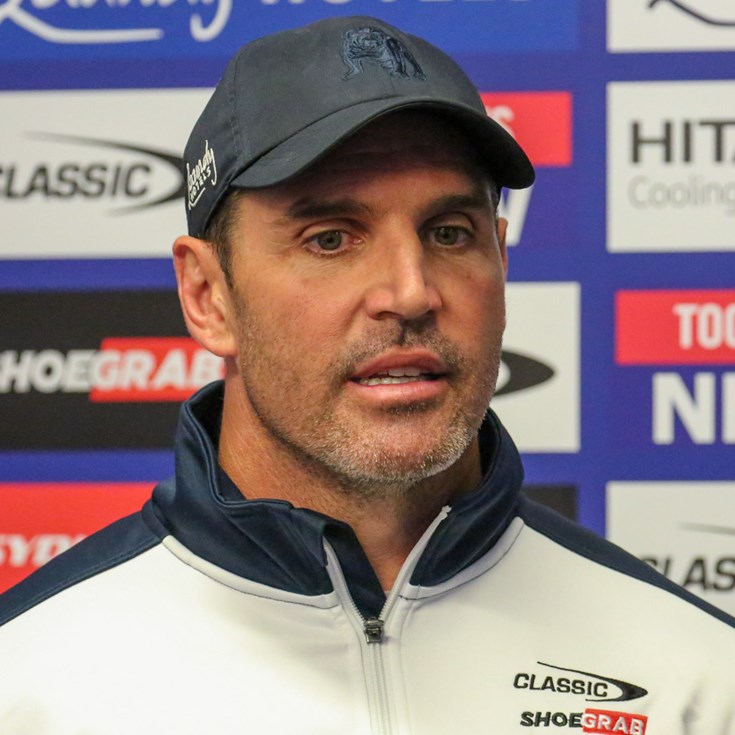