It's no secret the NRL's only New Zealand-based club has the heaviest travel burden but NRL.com Stats can reveal exactly how the Warriors fare compared to the other 15 teams in the travel department.

Stephen Kearney's men will jet a total of 59,605 kilometres this year – 20,000km more than the next most (North Queensland's 39,905km), about triple the NRL average of 20,406km and roughly five times what a typical Sydney club faces across the 25 rounds of the regular season.

Former Warriors mentor Matt Elliott explained to NRL.com the unique challenges faced by the club, which not only has the burden of distance but the headache of clearing customs twice in every away trip.

Elliott compared that process to his time at the Canberra Raiders – who themselves have a largely under-appreciated travel burden – and also to his time in Sydney at the Penrith Panthers.

While the heavier travel burden means the Auckland-based team faces a far greater travel burden than even the Melbourne Storm and Cowboys, those two clubs – who between them have won two of the past three Telstra Premierships – are better able to cope with their away trips.

"We did a fair bit of research into [managing travel when I was at the Warriors] and there's also an impact from not just the distance travelled but also the time," Elliott said.

"While the Warriors do the most distance they also do the most time because you've got that extra clearing of customs at both ends.

"The interesting thing, what we did find is that the success rates were far higher when we travelled two days out from the game.

"But there was obvious and understandable resistance from the playing group because when you add that up it's a lot more time away from home and out of familiar environments but the reality of it is they are far more effective travelling two days out from a game."

This represents a big psychological difference compared to the Storm and Cowboys, who have handled their travel commitments well, particularly in recent successful seasons.

"If you look at North Queensland, if you did take the opportunity to travel two days out, you have a lot more focused time and the opportunity to work on building relationships and team spirit. You've got to mix the good and the bad," Elliott said.

"It's all about management of that time and planning it to each facility. The thing Melbourne and obviously the Cowboys do really well is they have a good solid routine around it and they don't look at it as a burden, they look at it as a blessing [and think] 'this is an opportunity for us to get players together'."

Elliott said he found the same thing in his time at Canberra, where he tended to hire a charter plane even for Sydney games rather than putting the team on a bus.

"You need to make that trip not a burden, you need to make it something you use as a positive because if you see it as a negative it definitely manifests that way. I've got no doubt Melbourne, the fact they're not in the Sydney limelight, they get to spend that time together as a team, they use that time really constructively for their preparation.

"The only way to make this a blessing is to go away two days before and you've got to embrace it. If you don't embrace it and they're resistant to it, it's an issue."

Warriors recruit Gerard Beale – no stranger to airport lounges in his nine seasons at the Brisbane Broncos, St George Illawarra Dragons and Cronulla Sharks – said the travel load was just something the players had to accept.

"When I was at the Broncos I was pretty used to the travel and found it pretty good to be honest," Beale told NRL.com.

"The high-performance staff at every club really, they put so much into that area, absolutely making sure we're at our best when we're away and training, which includes the travel and the recovery too."

Beale will get an early look at how the Warriors staff manage travel plans in the club's season-opener against the South Sydney Rabbitohs; their 10,700km round trip to Perth will cover more distance in round one than the ydney Roosters will for the entirety of 2018.

"I think we'll be coming over early in the week and spend the full week in Perth to give ourselves that extra time to adjust with the time difference," Beale said.

"Once we play the game we might well be leaving straight away on the red-eye flight, I don't think it's really going to worry us at all actually."

At the other end of the spectrum, the Roosters have just 10,488km in front of them this season despite taking a home game to Adelaide. They head to the airport just four times all year – a double-dose in rounds 10 and 11 to Auckland and Brisbane, then another double-hit either side of their round 17 bye with trips to Adelaide (round 16) and Gold Coast (round 18) wrapping up their long-distance commitments.

The second-lowest in the kilometre count is Wests Tigers but there is only a marginal difference between them and all the remaining Sydney clubs excluding South Sydney. The Rabbitohs have landed not only the biggest travel burden of any Sydney club but the fourth biggest overall – bigger than the Titans and Broncos – by virtue of taking home games to Perth and Cairns plus facing away trips against every non-Sydney club other than the Storm.

The Wollongong-based Dragons have been designated as a Sydney club in the above graphics due in part to the fact they play half their home games in Sydney and partly because they have a similar travel burden to the average Sydney club.

For the Wests Tigers their home venue is deemed to be ANZ Stadium, where they play the highest number of their home games (and hence accrue small travel numbers to Leichhardt and Campbelltown games). This means the Wests Tigers – like Parramatta, South Sydney and Canterbury – are deemed not to have to travel to away games at ANZ.

For simplicity's sake, all travel distances are calculated 'as the crow flies' between the club's regular training base and the match venue. So while the Roosters travelling by team bus to Southern Cross Group Stadium in round five for example would in practice travel around 50km return, they would only accrue 30km for that match in this data. The vast majority of each team's travel component is air travel, with the theoretical additional travel distance for navigating through street traffic (whether to/from airports or to/from stadiums) having no material impact on the analysis. 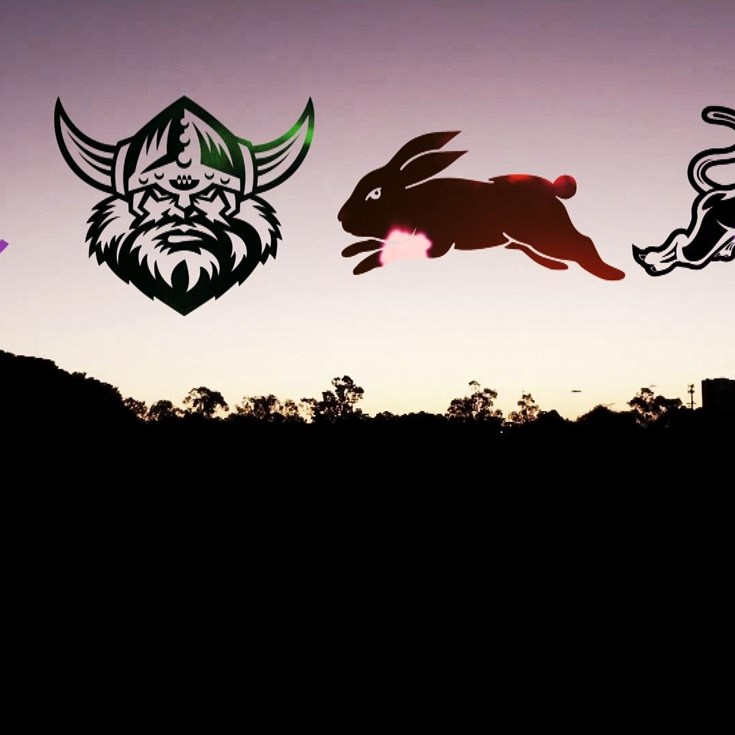 What each NRL club wants out of pre-season trials