Chris Sarra, Gary Weiss, Wayne Pearce or Tony McGrath are set to step aside from the ARL Commission next year for a woman who new chairman Peter Beattie hopes will eventually replace him in the role.

In his first press conference as ARLC chairman, Beattie admitted he was disappointed that Professor Megan Davis would be the only woman on what he hopes will be a new 10-person commission installed at an extraordinary general meeting on March 12.

Beattie, who groomed Anna Bligh as his deputy and successor after nine years as Queensland premier, was elected to replace John Grant but the make-up of the commission is in limbo after clubs deferred a vote on constitutional reform at Wednesday’s AGM.

He and NRL CEO Todd Greenberg will address the boards of the Melbourne Storm, Canterbury-Bankstown Bulldogs and Gold Coast Titans in a bid to convince them to support changes which would result in two appointees of the clubs and one each from the NSWRL and QRL joining the commission.

“The next person who will be appointed from the independents will be a woman and I have already discussed that with the commissioners,” Beattie said.

“It’s a sensitive matter and I will manage that with respect but the next person on will be a woman.”

With the terms of Pearce, Weiss and Sara up for renewal next year, one of them is likely to be asked to make way for another female commissioner.

Besides Beattie and Davis, the only other independent commissioner is McGrath, whose term is until 2020.

Beattie said he did not have a candidate in mind but he and Greenberg would begin a search for a female commissioner with the ability to take over as the next ARLC chair.

“There is a process within the commission, we will go out and look at what potential commissioners are available,” Beattie said. “We want someone who has the skills to be a future chair.

“I’ve got a track record of advancing women, when I retired from politics my deputy was a woman and she became premier.

“We have already got a good woman on there in Professor Megan Davis. You don’t get any better than Megan Davis and we have actually got a good commission. But any sport which doesn’t engage women is doomed.”

The move follow criticism from former Brisbane Broncos CEO Bruno Cullen and outgoing commissioner Catherine Harris about plans to expand the number of commissioners to 10 under the proposed constitutional changes but reducing the female representation from 25 per cent to 10 per cent.

Beattie said he would also encourage the clubs and state bodies to appoint more women as their representatives on the ARLC.

“We have to expand the number of women, there are a number of female [club] chairs and that is good for the game but the commission only has one woman," he said.

“It is not good enough to have one so the next person who comes on will be a woman and we will work with the clubs and the NSW and Queensland Rugby Leagues on a long-term strategy to increase the number of women.”

Meanwhile, Beattie wants to do more for grassroots, while engaging big business and starting a strategy for expansion, which is likely to occur after the expiry of the NRL's broadcast deal in 2022.

“The game is in pretty good shape, the quality of the game on the field is first rate and off-field behaviour over the off-season was just fantastic so we are in a good space. We need to make sure all of our fan base understands that the organisation is also in good space.

“The first formal event I will attend will be on Friday night, I will be attending the Burleigh Bears on the Gold Coast because it is a grassroots club. They are one of the oldest clubs on the Gold Coast and I want to send a clear signal that grassroots rugby league is really important because that is the building ground.”

Any sport which doesn’t engage women is doomed.

Beattie guaranteed no existing NRL clubs would be axed or forced to relocate but if new teams added to the value of the Telstra Premiership, they would be admitted. A second Brisbane team and Perth are the favourites.

Despite the vote on the changes to the ARLC failing to proceed after the Storm, Bulldogs and Titans indicated their opposition at an earlier meeting of clubs, Beattie insisted the game was unified.

“It is natural when you are going through changes of an organisation like this that it isn’t going to be easy,” he said.  “I am happy that we are not rushing it to be perfectly honest. In the meantime, I will talk to the boards of those clubs with Todd.

“We want everyone to be a part of this. As far as I am concerned, the days of the commission being at loggerheads with the clubs are over. That doesn’t mean we are going to have a love-in … but it is about respecting each other and working together.” 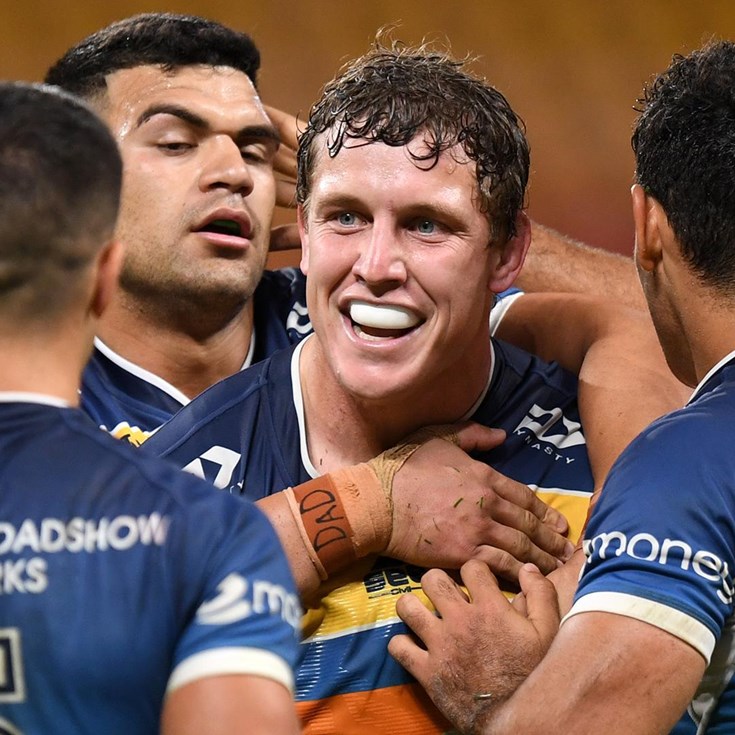 The power of seven: COVID spike forcing coaches back to basics