One-time Dally M hooker of the year James Segeyaro is adamant he can shore up his playing future beyond 2018 despite facing only half an hour of game time a week this season.

The Cronulla Sharks rake once again finds himself pencilled in as young gun Jayden Brailey's back-up to start the year, despite having seven years and almost 100 games of top grade experience on the 21-year-old NRL sophomore.

Segeyaro's road has been a rocky one since being crowned the NRL's best hooker during Penrith's 2014 run to a preliminary final, taking him to reserve grade, then Super League and through a protracted contract squabble with Leeds Rhinos before arriving in the Shire last year.

A broken arm, which he played through in an epic 2016 grand final re-match against Melbourne Storm, limited the 28-year-old to 12 games for the Sharks last year.

But Brailey's rise as the game's best young hooker kept Segeyaro to an average of just 31 minutes in 2017, and the off-contract utility confirmed Cronulla will start the season with a similar arrangement.

"I'm not too sure but I think Jayden's going to play the majority of minutes with the rotations and that," Segeyaro told NRL.com after coming off the pine in Cronulla's 24-12 trial win over Wests Tigers.

"I won't be starting but whatever I can do for the team, I'm happy to man up and do whatever role Flanno wants of me."

At his best Segeyaro is one of the competition's most dynamic running rakes and too good to be playing a bit-part role.

However the Papua New Guinean has played only 36 NRL games in the past three years, and is focused solely on getting himself on the paddock rather than sorting a contract off it.

"I haven't spoken to any clubs, anyone at all," Segeyaro said.

"I'm just playing it by ear. I just need to play footy to be honest, it's been a pretty injury interrupted couple of years for me.

"It's been up and down and I just want to play consistent first grade. I needed this full pre-season under my belt and the rest will take care of itself.

"I haven't thought too much on that. You only go well if the team goes well, so if I need to come off the bench for that to happen and playing my role, that's what has to happen.

"Things tend to sort themselves out from there."

Key to Cronulla's success in 2018 will be the transition of Segeyaro's old Panthers teammate Matt Moylan, who showed promise in a 40-minute cameo against Wests Tigers on Saturday.

Along with co-captain Wade Graham and veteran Luke Lewis, Segeyaro and Moylan are part of a growing Penrith connection in the Shire.

Both Segeyaro and Moylan played key roles in the Panthers' resurgence under Ivan Cleary before exiting in less than ideal circumstances, but Segeyaro hopes the sea change will see the Sharks half back to his best.

"He's still the same guy but I guess he's a bit more dominant as a player, that comes with maturity and obviously moving into the halves that's natural," Segeyaro said.

"But I do hear him more out there, pushing guys around and taking charge, but otherwise he's the same old Matty Moyza.

"Just having him around is fantastic, we were lucky enough to grab him and I'm really looking forward to his attacking flair helping us put some points on this year. We saw glimpses of it.

"Broken field is when Matty's at his best. Quick play-the-balls, running short sides, that's his best stuff and those instinct plays, that's what you see from the best players in the game.

"It's really exciting to be lining up with him again." 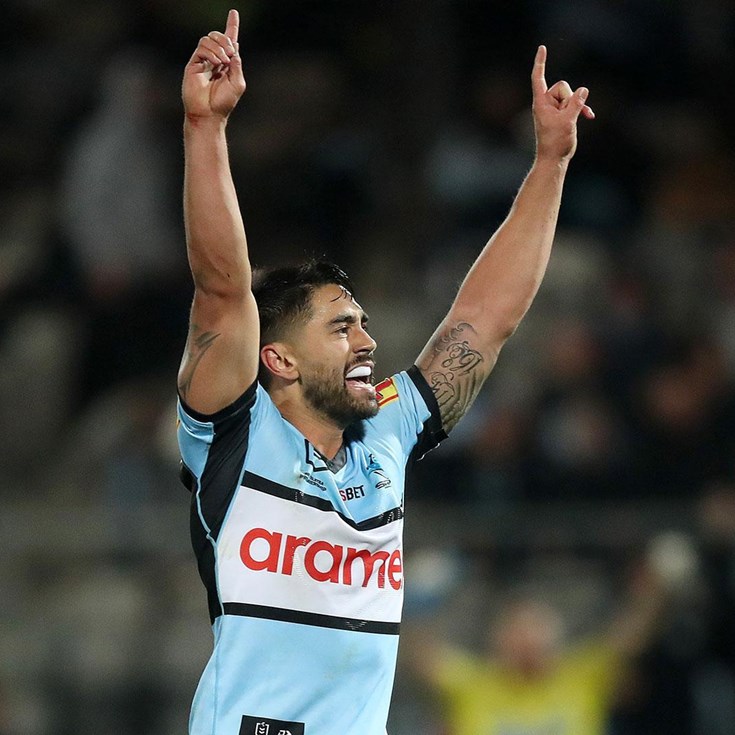