When Ruan Sims and the rest of the Jillaroos saw that cheeky grin on Steve Folkes's face, they knew they were about to be flogged up and down the paddock by one of the fittest men rugby league has seen.

And when the proverbial was set to dismantle the blue and white fan, the tough as Tungsten four-time premiership winner was who Braith Anasta and the Canterbury-Bankstown Bulldogs turned to.

Tributes are flowing thick and fast as the game mourns the loss of Folkes, who passed away suddenly on Tuesday of a heart attack.

Both Willie Mason and Sonny Bill Williams had spectacular fallouts, followed by prompt walk-outs, to end their time at Belmore under him. But the larger than life pair were just as quick to acknowledge Folkes's contribution to their careers.

Rest easy folksey. Thoughts are with the family. 2004 what a season ❤️

Shattered to hear my old coach Steve Folkes has passed away this morning!! Was a big part of my career! Prayers go out to the family and friends 🙏🏽RIP mate

For 2004 title winner Anasta, Folkes's ticker beat throughout the club when salary cap and sexual assault scandals brought the joint to its knees, only for Folkes to lift it once more to premiership glory by season's end.

"You didn't realise how great he was as a coach and a mentor until you weren't coached by him," Anasta told NRL.com.

"But talking to the other boys in that 2004 team, the consensus is no other coach would've been able to get us to the title given all that was going on around us.

"The best coaches are the ones that when the shit hits the fan, they can still get the best out of you, and that's what Folksey was.

"He was the Dogs culture. Everything was about that family culture and what Canterbury was built on. He was and is the Canterbury Bulldogs."

It was Folkes who crowned Sims as Jillaroos captain when he took over as coach of the national womens team in 2014.

Some 20-odd years earlier he had retired after 245 games for his beloved Bulldogs, and brother-in-law Chris Anderson urged him to pick up the clipboard after five years as his conditioning trainer at Canterbury.

Folkes described himself as someone who all but fell into coaching, with a push from old teammate Anderson, but in a telling legacy, the Jillaroos' profile rose to deserved new heights under his watch.

"At first he was very quiet and probably a bit shocked at being confronted by 26 women but I have the fondest memories of working with him," Sims laughs.

"When he knew we were in for fitness, that was the first thing that came to mind when I heard the news (of Folkes's death), that cheeky grin he'd get when we were in for a long session.

"Folksey played such a significant role in elevating the profile of the Jillaroos and the women's game.

"When he took over as coach we'd won a World Cup and were a successful team, but someone with his profile and background was instrumental in getting rugby league fans to know the Jillaroos and putting the women's game on the map.

"He's got an enormous legacy to the women's game and we'll be forever grateful."

Very sad news on the passing of Bulldogs legend Steve Folkes one of the real old school tough guys who did plenty for the game of rugby league - deepest condolences to the Folkes family / friends RIP mate.😔 59yo so young..

Shocked to hear the passing of League legend Steve Folkes. An absolute champion to work with when I was at the @WestsTigers and he was our trainer. Such a humble and hard working bloke! #RIPFolksey

Wests Tigers are saddened by the news of the passing of former Assistant Coach Steve Folkes.https://t.co/M8oYkzFWgo pic.twitter.com/wPCyUJR8Mw

RIP STEVE FOLKES... I’m absolutely shattered to hear the news about folkesy! My thoughts and prayers go out to his family. An inspirational human being on and off the field @nrl_bulldogs 🙏❤️

Not a good day for rugby league with news of sudden death of @NRL_Bulldogs great Steve Folkes. Rest in Peace Folkesy.@Kangaroos @NSWRL

Shocked to hear the news that Steve Folkes has passed away. It was a pleasure to work with him when he was the the @WestsTigers he was a honest, hardworking bloke who everyone respected.

Sad and shocked to hear that Steve Folkes had passed away. A true gentlemen who I had the honour of working alongside at @WestsTigers Thoughts and prayers go out to his family 💔

The thoughts and prayers of the #Jillaroos community is with the family and friends of Steve Folkes at this difficult time. pic.twitter.com/q80EhmWCho

The NSWRL sends its deepest condolences to the family and friends of NSW True Blue and former @NRL_Bulldogs legend Steve Folkes, who sadly passed away today. 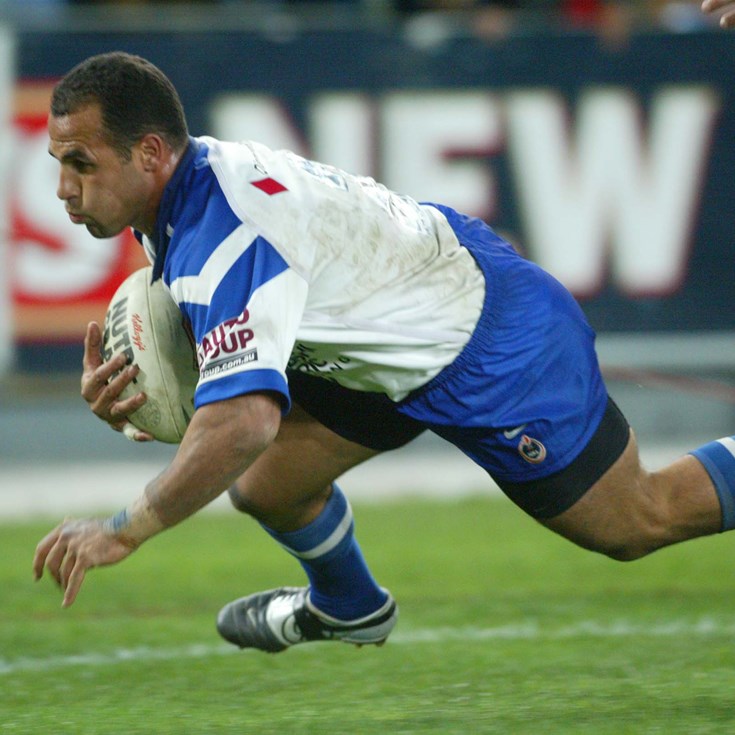