NRL.com's Lone Scout analyses all the key NRL Fantasy news to come from the crucial round one Telstra Premiership team lists.

Dragons: St George Illawarra had two question marks over the starting side at centre and in the second row and Euan Aitken and Tariq Sims are the big winners there, edging out Kurt Mann and Luciano Leilua for starting berths. The latter duo are on the bench, which hurts Leilua's cash cow credentials, while Aitken is a potential keeper if he can keep hold of the No.3 jersey. James Graham joins a pack already brimming with Fantasy stars with the likes of Jack de Belin, Paul Vaughan and Cameron McInnes, while Matt Dufty is a Fantasy smokey in the fullback role.

Broncos: Andrew McCullough has been named at hooker despite speculation Sam Thaiday would start the game at dummy-half with McCullough to come off the bench. Jamayne Isaako gets a wing spot despite the fact Corey Oates will also play wing, with Jordan Kahu shifting to centre to cover for the injured Jack Bird. Bird is expected to miss about a month so that could be enough time for Isaako to make decent cash and in any case, he now appears to be the first backup option for any of the outside back positions.

Knights: Newcastle have eight new faces in their starting side and another on the bench but the interesting story concerns two of their old players, with Brock Lamb earning a spot on the bench and bumping Kiwis hooker Danny Levi out of the 17. Slade Griffin starts at hooker with Connor Watson named at five-eighth while also presumably doubling as the utility/back-up dummy half. Herman Ese'ese ($472k) gets a starting spot at prop, while young guns Kalyn Ponga and Lachlan Fitzgibbon could both be in for big Fantasy seasons.

Sea Eagles: Lachlan Croker ($228k) is starting at five-eighth and will be in a lot of NRL Fantasy teams, as will established guns Tom and Jake Trbojevic. Addin Fonua-Blake ($441k) starts at prop for Darcy Lussick (ankle) and will be good value if he holds that spot. Lewis Brown is on the bench as usual and tends to be a trap who catches out rookie Fantasy coaches every season.

Cowboys: Ben Hampton is covering for the injured Lachlan Coote (hamstring) at fullback this week and Jordan McLean starts at prop as expected, but the familiar nature of the North Queensland line-up for the past few years means there's not a ton of Fantasy value on offer here. Johnathan Thurston is underpriced and showed he'd lost none of his skill with a big performance against the Melbourne Storm a couple of weeks ago.

Sharks: Tackle-busting rookie Sione Katoa will be a popular Fantasy buy after securing a spot on the wing for Cronulla, relegating Aaron Gray in the reserves. The rest of the 17 has a familiar feel to it despite Josh Dugan and Matt Moylan being straight swaps for Jack Bird and James Maloney. Andrew Fifita has the potential for some improvement this year and is an alternative captaincy option if you don't splash the cash on Cameron Smith.

Wests Tigers: David Nofoaluma has been dropped to the reserves, with new signing Corey Thompson to start on the wing and Tui Lolohea at fullback. One-time cash cow option Taane Milne has missed out on a spot in the centres with Esan Masters to partner Kevin Naiqama, while Pita Godinet is the surprise choice at hooker (he'll be added to Fantasy on Wednesday, along with a few other additions and dual-position changes).

Roosters: Most of the attention here will be on Cooper Cronk and Fantasy favourite James Tedesco, plus Mitchell Cornish's place in the side for the injured Luke Keary, but in Fantasy terms the real value may be in forwards Sio Siua Taukeiaho – now kicking goals and starting at prop – and lock Isaac Liu. Latrell Mitchell could also have a breakout year in the centres if he can find some consistency.

Rabbitohs: It's good news for Damien Cook but bad news for Cameron Murray, with Cook starting at hooker and his rival Robbie Farah outside the top 17 while Murray has been named on the bench rather than lock. Sam Burgess will wear the No.13 as usual while in the backline Greg Inglis (soon to be a dual position Fantasy player) will start at centre with cheapie Richie Kennar on the wing. Mark Nicholls ($228k) looks a potential bargain after grabbing a spot in the front row while cheapie Tevita Tatola (to be added to Fantasy at $228k) could also draw some interest after being named on the bench.

Warriors: Long-time Fantasy gun Simon Mannering has a shoulder injury and won't play, with Ligi Sao ($228k) getting a run at lock. Fellow Fantasy cheapie Isaiah Papali'i ($274k) also starts in the back row, while Peta Hiku ($283k) will be a popular dual position option in the backline. Sam Cook ($212k, to be added to Fantasy) gets a spot on the bench as Issac Luke's back-up. Shaun Johnson is always a star Fantasy player, but he doesn't come cheap.

Bulldogs: The new Bulldogs backline is as expected, with Moses Mbye at fullback and Matt Frawley joining Kieran Foran in the halves. The value appears to be in the pack, with second-rower Raymond Faitala-Mariner ($389k) and lock Danny Fualalo ($365k) both looking good value. Benji Marshall's brother and new Bulldog Jeremy Marshall-King gets the bench utility role.

Storm: Cameron Munster has shifted to fullback to cover for the injured Billy Slater (shoulder) meaning young guns Ryley Jacks and Brodie Croft will combine in the halves. Nelson Asofa-Solomona ($481k) has earned a starting spot ahead of Tim Glasby after an impressive pre-season, while Jesse Bromwich ($534k) has plenty of improvement in him this year. Try to find a way to fit Cameron Smith ($917k) in your starting squad.

Panthers: Viliame Kikau ($228k) has held onto a starting spot in the second row and could be a bargain, although he has plenty of competition from bench forwards Corey Harawira-Naerea and James Fisher-Harris. Trent Merrin ($654k) has looked fitter this pre-season and could be a cut-price keeper while Nathan Cleary is a very safe option in the halves.

Eels: Brad Takaraingi's Fantasy value has dropped after being beaten to a starting second-row spot by Tepai Moeroa, with Jarryd Hayne taking Takairangi's old place in the centres. Daniel Alvaro has the potential to be a quality Fantasy prop, while cheapie Kane Evans ($323k) could be hard pressed to get many minutes in a quality forward pack.

Titans: Jai Arrow ($409k) is set to become a dual position player after being named to start at prop – at least until Jarrod Wallace returns in a few weeks – while everyone's favourite cash cow Bryce Cartwright ($325k) will start at lock. Fellow recruit Leilani Latu ($328k) is also starting at prop, with Ryan James shifting to the second row.

Raiders: Siliva Havili ($228k) is Canberra's new starting hooker but his minutes could be limited with Blake Austin named on the bench. Sam Williams will join Aidan Sezer in the halves. Joseph Tapine and Elliott Whitehead will start in the second row and lock respectively and both look a little underpriced. 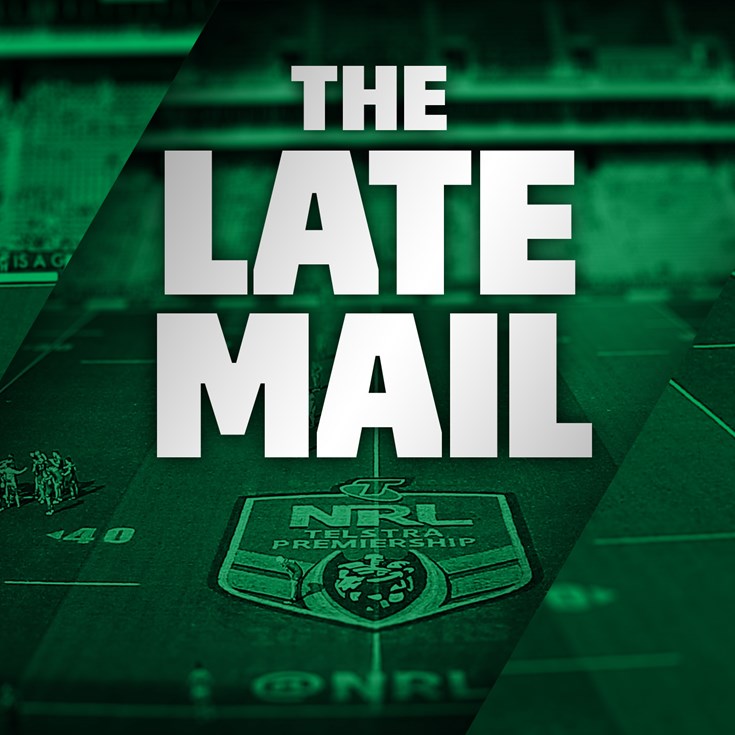 The change that revolutionises NRL Fantasy

How to play NRL Fantasy: The basics