Mitchell Pearce slotted a field goal in extra time to seal a 19-18 victory, and Barrett said while the loss was gutting, it showed him that his side has plenty of potential.

''I can take a lot out of that knowing I have a football team that's going to rip in for each other and not give up,'' Barrett said.

''We just need to fix a few things with our ball control. We just have to dust ourselves off and go again next week.''

In a game that had several momentum switches, the Sea Eagles led 16-12 during the second half and the match could have gone either way in extra time, as Pearce and Manly's Daly Cherry-Evans each missed field goal attempts.

''I am not walking out of here ashamed,'' Barrett said.

''We will go back to Sydney next week and we will get a full house at Lottoland.''

Barrett thought there were plenty of positives to come from the match, especially the way Manly were able to hold out the Knights on their own line.

''Our defence tonight on our try line was outstanding and that's what I am taking away from it,'' he said.

Lachlan Croker started alongside Cherry Evans at five-eighth and Barrett was pleased with his performance given the little ball that the Sea Eagles had to work with.

''We had a period in that second half where we couldn't get a call but our defence on our try line was outstanding,'' he said.

The Sea Eagles will now prepare to take on the Parramatta Eels next Sunday afternoon at Lottoland. 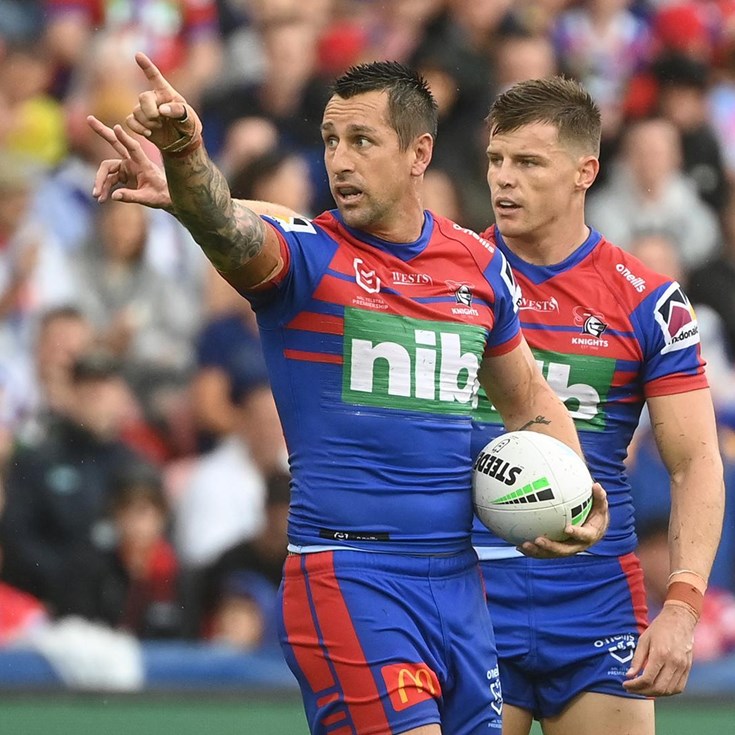