Sydney Roosters coach Trent Robinson believes James Tedesco's unabashed shocker against his former Wests Tigers outfit could prove the best thing for him as he stares down the other player in last year's three-way battle royale for his signature.

Tedesco was booed with every touch bar one in a shock round-one loss to his junior club last weekend, with Wests Tigers fans delighted when the NSW fullback bombed an early try in what ended up being a two-point loss.

It was an unhappy season opener for the pre-season favourites and their marquee man, and Friday's showdown with Canterbury-Bankstown Bulldogs pits Tedesco up against the cross-town rivals he so nearly linked with alongside his old captain Aaron Woods.

On Wednesday NRL.com revealed the lengths Canterbury took to woo Tedesco – not least the secret late-night tour of their Belmore facilities complete with a blue and white jersey bearing his name – before he joined the Roosters on a big money four-year deal.

While emotions ran high in Tedesco's homecoming in front of the Wests Tigers faithful, who also gave him a gobful when he signed with the Tricolours last year, Robinson says his new fullback will be better for the experience.

"It's a good learning curve for somebody in that environment," Robinson said.

"People love Teddy. Right across the league we've all enjoyed watching him play and to play for another team and to have that, it's an interesting situation for him.

"It's the first time he's had to do it (play against his former club) … That'll build some resilience in Teddy."

Joining star signings Tedesco and Cooper Cronk in the Roosters' spine will be gun five-eighth Luke Keary, who has been cleared to return from a broken jaw and subsequent concussion symptoms.

The 26-year-old will be playing his first football alongside both after a debilitating rehabilitation process in which he dropped five kilos and suffer persistent headaches that prevented him from training.

While Robinson backed the Tricolours' defence against the Tigers and the performance of his increasingly under-fire pack, he warned Keary's return would not provide a quick fix to the attack that "didn't ask enough questions" in round one.

"It's not a matter of him making a difference," Robinson said.

"You train for five weeks with your halves pairing and then he goes out with a broken jaw and you change that.

"There's a combination between the forwards, the halves and the backs - there's got to be some links. That's up to us as coaches to make sure we have those links on."

While co-captain Boyd Cordner returns to the starting line-up and can expect more minutes than last week, Robinson was coy on whether Keary would play a full match given he hasn't played any pre-season trials and utilities Ryan Matterson and Victor Radley have been named in the game-day 17. 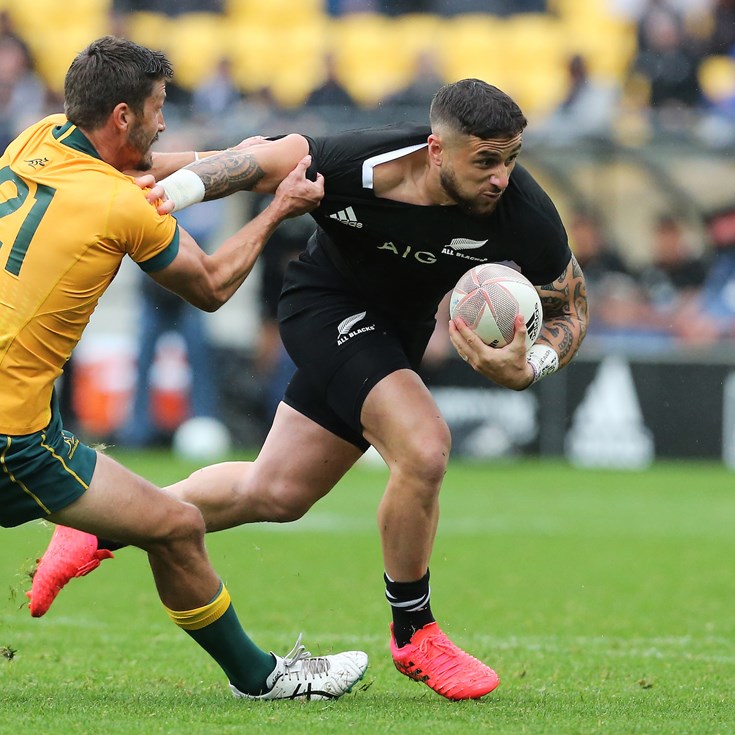 Inside Roosters shake-up to make Teddy even more potent