A couple of Warriors led the way in the second round of the Telstra Premiership season as a host of NRL Fantasy stars stepped up in another round of surprise results.

Warriors superstars Roger Tuivasa-Sheck (90) and Shaun Johnson (68) inspired their team to a win over the Ash Taylor-less Titans and grabbed a lot of Fantasy points in the process, sitting at one and two in the points rankings this week.

They weren't the only Warriors to impress, with value recruits Tohu Harris (68 points, $35,000 price rise) and Peta Hiku (53 points, $41,000 price rise) proving their worth to Fantasy coaches.

Cook was the biggest earner of the week with a $67,000 jump after averaging 64.5 in the opening two rounds, just ahead of Wests Tigers winger/fullback Corey Thompson ($65,000), Tuivasa-Sheck ($59,000) and Broncos prop Tevita Pangai Junior, who jumped $52,000 this week and looks like a great buy in the front row – he still costs the same as Russell Packer, who has scored 25 points a game compared with Pangai Junior's 50.

Richie Kennar (+$50k), Slade Griffin (+$47k), Kalyn Ponga (+$41k), and Raymond Faitala-Mariner (+$39k) are more popular cash cows on the rise, while Panthers impact forward Viliame Kikau had a much quieter week than round one with 24 points but still earned another $49,000 price jump.

Warriors cheapie Isaiah Papali'i suffered a knee injury against the Titans and left the field with just 2 points to his name, halting any possible price rises for now, while Greg Inglis (concussion, 14), Jordan Kahu (jaw, 2), Daniel Tupou (pectoral, 6) and Sam McKendry (knee, 26) were among the other players to be struck down by injuries.

Jarryd Hayne (10) had a game to forget against Manly, like most of Parramatta's players, and dropped $17,000 in value while Storm halfback Brodie Croft struggled once again and has now lost almost $50,000 on his starting price. He's got the potential to turn it around but after scores of 21 and 23 will be a trade for a lot of teams this week.

James Maloney scored 14 to bring his Fantasy average into positive territory (well, 5) but he's lost $78,000 in value already and the 6881 Fantasy coaches who have him should cut their losses quickly. He's a quality player but with a habit of coming up with missed tackles, errors and penalties his game just doesn't suit Fantasy scoring.

Speaking of negative scores, Valentine Holmes finished on -1 and after last week's 8 he's now lost a massive $98,000 in value – and he'll need to score 66 or more to avoid another price drop this week.

After a couple of strong efforts in round one there were big comedowns for cut-price forwards Robbie Rochow (14, including eight missed tackles) and James Fisher-Harris (19).

And alarm bells could be ringing for Paul Gallen owners, with the Sharks skipper and long-time Fantasy gun making just 28 in 57 minutes this week after scoring 36 off the bench in round one. On the flipside, his price has dipped $52,000 in the opening rounds so he could be great value down the track if and when he turns his form around. 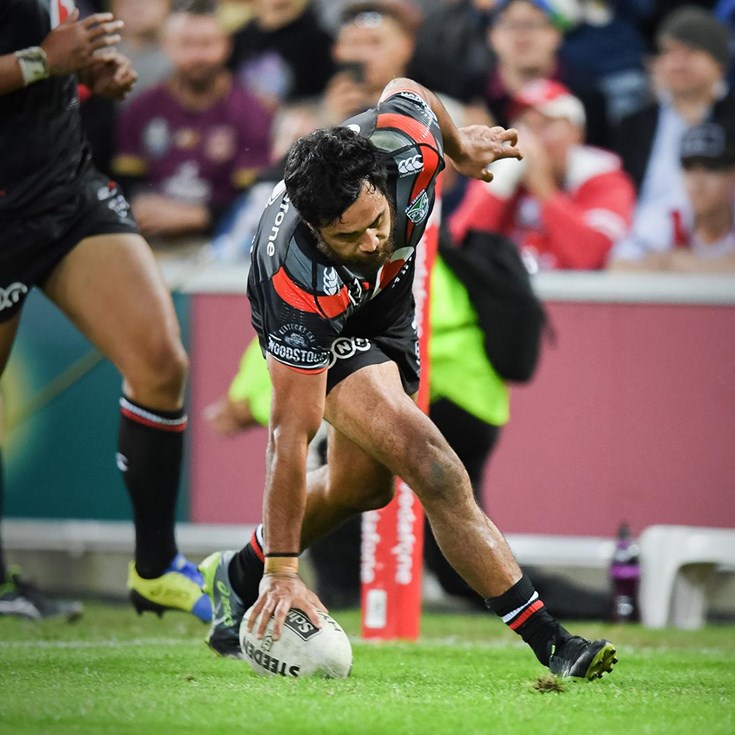