Luke Bateman has laid down the challenge to the rest of the Canberra Raiders pack to do more in help defence, as the side looks to break through for its first win of the season against the New Zealand Warriors.

The Raiders have leaked 60 points during the first fortnight of the Telstra Premiership, with opposition teams targeting the left and right edge of the side's defence.

Seven of the tries scores against the team this season have been from out wide, with Bateman urging the rest of the side to help halves Sam Williams, Aidan Sezer and Blake Austin.

"I don't think it's their tackling ability, I think if anything we as middles probably need to help them out a little bit more," Bateman said.

"It's a tough place to defend the edge when you're defending your try line, you don't have much to work with.

"And if you get stranded there without any help coming from inside it makes it very tough.

"So, I think in making the tackle they’re fine, I just think we need to take a bit of the pressure off them from the middle."

Bateman got through plenty of work last weekend to lead the side with 43 tackles, with more traffic expected to be sent his way against the Warriors.

Warriors coach Stephen Kearney has named Leivaha Pulu to start in place of Isaiah Papali'i, who is out for six weeks with a knee injury.

Bateman has the utmost confidence the Raiders do not need to revamp their entire game plan to get the monkey off their back.

"The way we've prepared both weeks, we don't need to change anything," he said.

"Coming into the weekend we've all been very clear on what the game plan is and how we are going to try and win the game.

"Unfortunately, it's gone down to the last couple minutes the last two weeks."

Joey Leilua has been named in the centres despite not finishing last weekend's loss to the Newcastle Knights due to an ankle injury.

If he is unable to pass a fitness test later in the week, Bateman said the side loses nothing with Mr Fix-It Michael Oldfield at the ready. 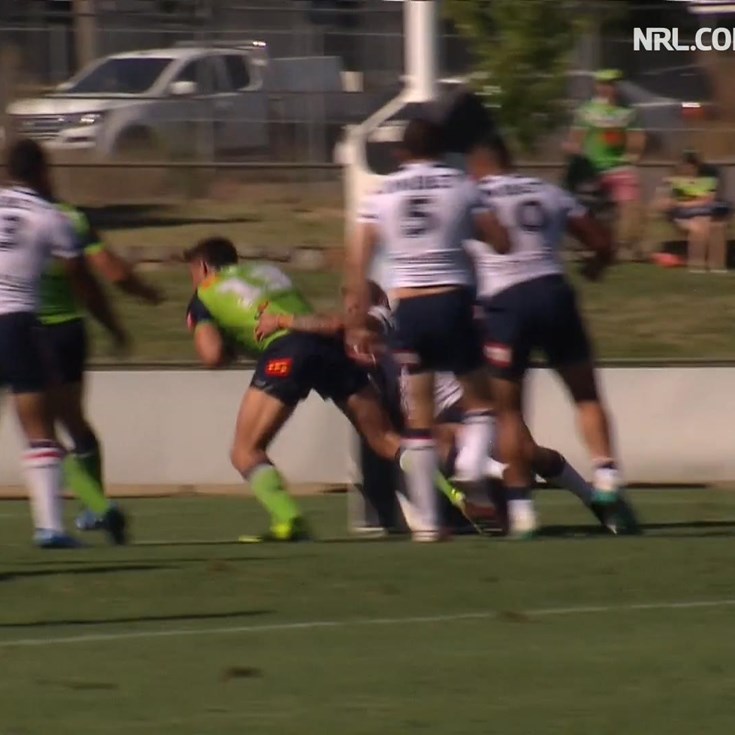 Wighton at his attacking best